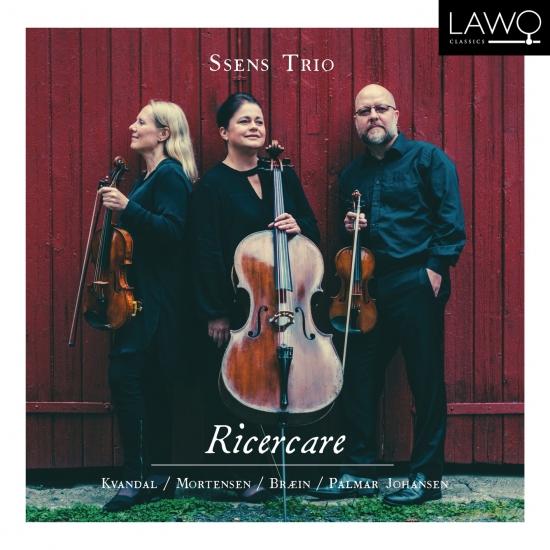 Ssens Trio releases its third album release on the LAWO Classics label. While the debut album (LWC1122) featured trios of Beethoven and its successor (LWC1170) was devoted to Mozart, this release spotlights Norwegian music.
With this deep dive into the Norwegian repertoire, Ssens Trio wishes to call attention to four works for string trio deserving of inclusion in the international string trio repertoire.
The album is called "Ricercare", the title of the last work on the album, composed by Bertil Palmar Johansen, but it could have been used for the other three works as well.
"Ricercare" means to search out or explore, the very elements we find in Johan Kvandal's String Trio, op. 12. The work stands out in Kvandal's long list of piano pieces and songs from this period. It is his search to find his own musical expression in a new European music.
Finn Mortensen's Trio, op. 3 was the first of his works ever performed in a public concert. The three instruments follow distinct lines in their dynamic interplay, each retaining its individual tone. We find many of the compositional means from this debut work further developed in Mortensen's later works.
In Edvard Fliflet Bræin's "Trio", op. 15, variations are created by twisting and turning the musical motifs and themes. The entire work is composed in one movement, with a fresh rhythmic playfulness between the instruments, and with metric shifts and changes in sound and register.
Bertil Palmar Johansen's string trio begins with an old-fashioned "Ricercare", set up as an expansive instrumental narrative in which the texture alternates between free and strict linearity. Inherent in the work is a search for new paths in an effort to weed out our tonal expectations.
Ssens Trio:
Sølve Sigerland, violin
Henninge Landaas, viola
Ellen Margrete Flesjø, cello 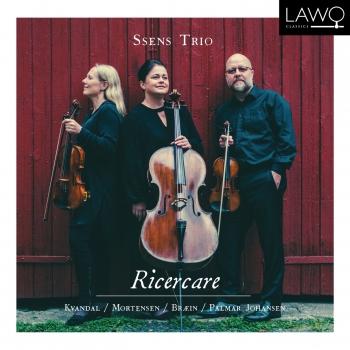 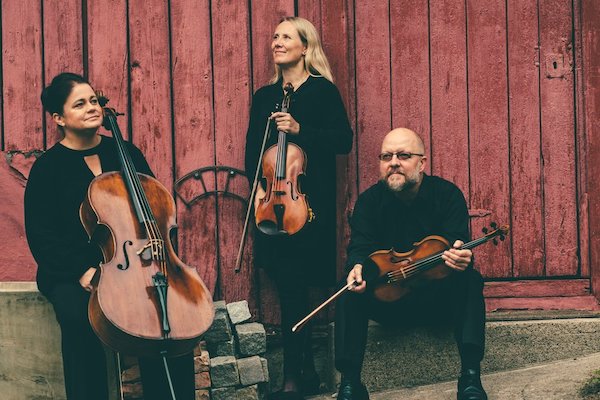 Ssens Trio
(pronounced ‘Essence’) was established in 2014 by three musicians with a wealth of experience in the international music scene. The trio has appeared in concert with Geir Inge Lotsberg, Eivind Ringstad, Håvard Gimse and Leif Ove Andsnes, among others. Their first CD, Beethoven: String Trios Op. 3 & 8 (LAWO Classics), received Pizzicato Magazine’s “Supersonic Award” and a prestigious ICMA Awards nomination in 2018. Fanfare Magazine wrote: “With absolutely no hesitation I will say that it goes right to the top of my Beethoven String Trios list.” (Jerry Dubins). And the following from a review in Pizzicato Magazine under the heading ‘Beethoven With a Communicative Joy of Music Making’: “Their performance is brimming with the joy of playing together. An outstanding ‘trialogue’, with each performer fully sensing the other. Through this interactive music making, which in the Adagio and Minuet movements invokes a remarkably intimate mood, Beethoven’s works gain in depth and sensuousness. And when one combines the sensitive playing with a wonderfully eloquent virtuosity, the way is clear for pure listening pleasure.” (Alain Steffen). In 2019 Ssens Trio released a CD on the LAWO Classics label with music of W. A. Mozart. This recording received glowing reviews in Classica (France), Fanfare Magazine and Pizzicato Magazine, among others, and it was nominated for the Opus Klassik Award in Germany and the ICMA (International Classical Music Awards) in 2020. [download bio]
Sølve Sigerland
has devoted the greater part of his career to chamber music, while appearing as soloist with leading Scandinavian orchestras conducted by Andrew Litton, Daniel Harding and Walter Weller, among others. In 1993 Sigerland represented Norway at the Nordic Soloist Biennial in Stockholm, and later he won two prizes at the Tibor Varga International Violin Competition in Sion, Switzerland. As a member of the Grieg Trio, he has performed in Europe, the USA and Asia and received prizes for both performances and recordings. Sølve Sigerland received the Gammleng Award in 2021.
Henninge Landaas
is a violist in Oslo Philharmonic Orchestra. She was a member of the internationally renowned Vertavo String Quartet, with which she performed in concert halls the world over. The ensemble’s critically acclaimed recordings include works by Carl Nielsen, Brahms, Bartok, Grieg and Debussy, among others. With the quartet she shared the Norwegian Music Critics’ Prize, Spellemannprisen (Norwegian Grammy), and the prestigious French award, Diapason d’Or. Henninge Landaas has released a number of CDs on the LAWO Classics label, among them, Johannes Brahms: Sonatas for Viola & Piano, Op. 120 and The Golden Hindemith. She plays a G.B. Guadagnini viola on loan from Dextra Musica.
Ellen Margrete Flesjø
was a founding member of the Grieg Trio in 1987. With this ensemble she has performed in Europe, the USA and Asia and has released critically acclaimed recordings on EMI, Virgin and Simax Classics labels. Prizes she has received include the Parkhouse Award, First Prize and two additional prizes at the Colmar International Chamber Music Competition (Colmar, France), the Norwegian Music Critics’ Prize, and Spellemannprisen (Norwegian Grammy). From 2004 to 2009, Ellen Margrete Flesjø was co-artistic director of the Stavanger International Chamber Music Festival, together with her colleagues in the Grieg Trio.