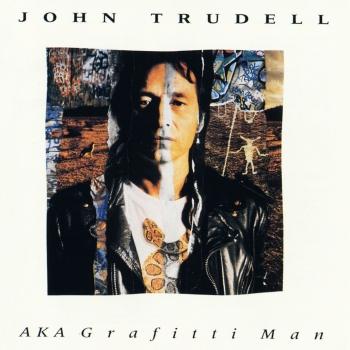 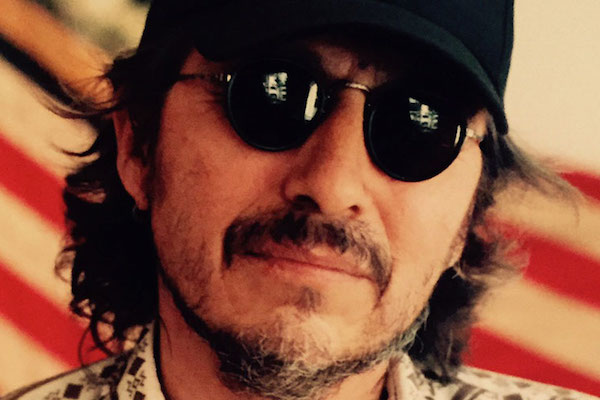 John Trudell
was born in Omaha and grew up there and on the Santee Sioux reservation in northeast Nebraska. He served in the Navy on a destroyer off the coast of Vietnam from 1963-67. After the Navy, he studied radio and television production in college at San Bernadino. Then he heard that Indians had taken over Alcatraz Island, and he found the purpose of his life.
The occupiers claimed that the 1868 Treaty of Fort Laramie between the U.S. and the Souix tribes returned all "retired, abandoned or out-of-use federal land" to the Native people from whom it was acquired. Since Alcatraz penitentiary closed in 1963, the Indians said they were simply reclaiming the land as theirs.
A week after the occupation started, Trudell packed up his pregnant wife, Lou, and their first two kids and caught a boat ride to the island. He used his background in broadcasting to become the spokesperson for the activists. Lou gave birth to his third child on the island.
Trudell and daughter TaraIn the Art Kane photograph, Trudell is the young man at the far left foreground. He's feeding his daughter, one-and-a-half year old Tara. The activists found amazing support from Bay Area residents. The dockworkers union threatened to shut down the port of Oakland if the Native Americans were forcefully removed. Volunteers fixed food that was "smuggled" onto the island by boaters. Lawyers volunteered their services, and doctors volunteered their services – and that is how the Trudell's third child was born.
Trudell has remained active in Native American causes. He became the spokesperson – he doesn't like to claim to be a leader – of the American Indian Movement from 1973 to '79. He was a central figure in the takeover of the Bureau of Indian Affairs building in Washington DC. LaDonna Harris was active in resolving that occupaton. In later life, he became friends with rock star Jackson Browne and began recording and releasing a series of albums and CDs. He died in December, 2015.