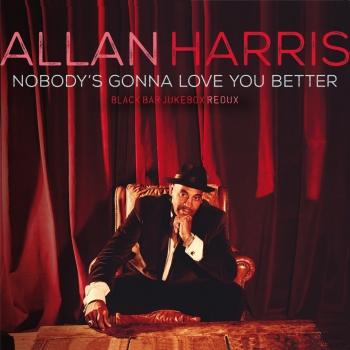 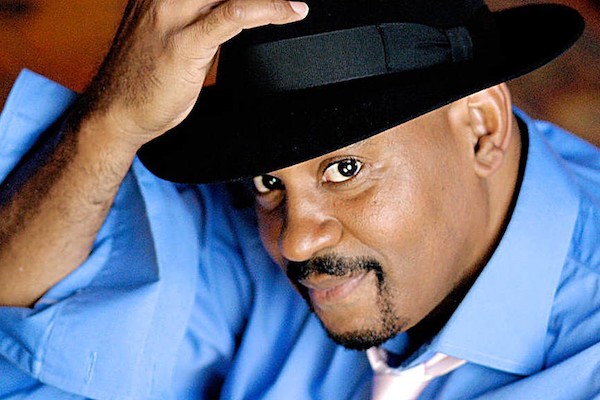 Allan Harris
is a world-class singer, guitarist and songwriter. Perhaps best known for his interpretations of jazz standards, Allan’s smooth vocals and guitar-styling easily cross genres, from jazz to rock to blues. He is unquestionably one of the most versatile talents in contemporary jazz and blues music. “Harris is a velvet-voiced jazz singer, with a savvy manner and music in his veins.” (Variety) Very few vocalists in the industry have his charismatic combination of soulful yet elegant phrasing, exciting musicianship, and dynamic stage presence.
Tony Bennett has called Allan “my favorite singer” and The New York Times’ Stephen Holden raves about “the protean talent that is Allan Harris.” Allan has cultivated a global following, playing for packed audiences and receiving outstanding reviews throughout the United States, Europe, Russia and the Far East. A three-time winner of the New York Nightlife Award for “Outstanding Jazz Vocalist,” Allan is regularly featured at the world’s great music festivals. The Miami Herald wrote that Harris’ voice and demeanor “project the warmth of Tony Bennett, the bite and rhythmic sense of Sinatra, and the sly elegance of Nat ‘King’ Cole.”
Growing up in Brooklyn, Harris was meant to be a musician. His mother was a classical pianist, and his Aunt was an opera singer, who turned to the blues. Because Aunt Theodosia attracted the attention of famed music producer Clarence Williams, he became a regular dinner guest and often brought along other performers such as Louis Armstrong. Once Armstrong even baby-sat and terrified young Allan with his “frog like voice.” Sunday afternoons were spent at the Apollo matinees, which was across the street from his Aunt Kate’s Soul Food restaurant, where he got to meet many of the artists who played the Apollo during his formative years.
As a teenager, Harris moved to Pittsburgh where he learned from some of the masters like Harold Betters and Roger Humphries. He worked with bands around the area and learned to play many different styles of guitar from country to soul music, and ultimately found his niche in jazz. Early on in his career he was known as a guitar player who sang, but as audiences began hearing his voice he became more focused on singing. While his guitar style was influenced by rock musicians of the day, his voice always was most comfortable singing the American Songbook. Harris moved to Atlanta and then to Miami where he continued developing his voice and stage presence. It was in Miami that he first met Tony Bennett who encouraged him to return to New York in 1991.
Since then Harris has been a featured soloist and producer of a three-year jazz series at Sotheby’s where he first teamed up with Tommy Flanagan. He has paid tribute to Nat “King” Cole at the Kennedy Center where he recorded, Long Live the King (Love Productions Records, 2007) and continues to tour around the world. In 2007, Mr. Harris was awarded the Chamber Music of America Residency Grant for his “Cross That River” project which toured 12 schools in Harlem. Since then, the Cross That River Band has been invited to perform in schools across the country from Savannah, GA, to San Angelo, TX. In addition to touring schools, The Kennedy Center chose to broadcast the performance to children across the country via satellite, as part of their Distance Learning Program. “Cross That River,” is now a full-scale musical celebrating the Old West as told through the words and music of a black cowboy, and played to rave reviews during the 2009 New York Musical Theater Festival and is currently in pre-production for a long-term run in early 2014. Several original songs from “Cross That River” are also frequently featured in The Allan Harris Band’s concert performances.
In addition to music, Allan is passionate about giving back. He is a long-time supporter of the St. Mary’s Children’s Hospital, Guitars in the Classroom, and Challenge Aspen/America where he donates a performance every year, along with Vince Gill and Amy Grant. As a Gibson Guitar featured artist, Allan and Ruby (his constant 6 lb. canine companion and the first dog music critic) can frequently be found rehearsing at the Gibson Hit Factory, and along with The Allan Harris Band, enjoy playing the top music clubs in his hometown of New York City.