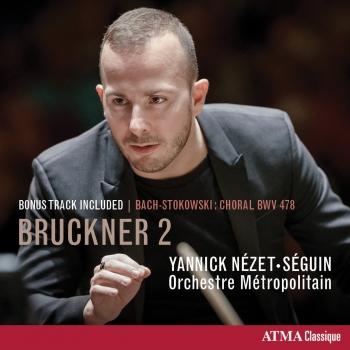 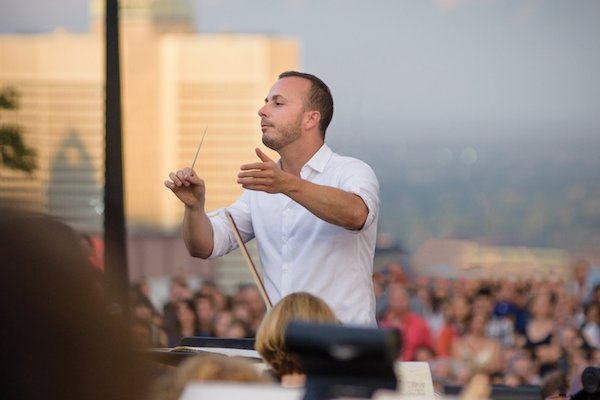 Yannick Nézet-Séguin
has been Music Director of the Philadelphia Orchestra since September 2012 and of the Rotterdam Philharmonic Orchestra since 2008, as well as Artistic Director and Principal Conductor of the Orchestre Métropolitain (Montréal) since 2000.
Mr. Nézet-Séguin works regularly with many other fine ensembles in Europe, including the Staatskapelle Dresden, Berlin Philharmonic, Staatskapelle Berlin, Bavarian Radio Symphony Orchestra, Vienna Philharmonic Orchestra and Chamber Orchestra of Europe. He has been invited to several festivals, including those in London (BBC Proms), Edinburgh, San Sebastian, Santander and Grafenegg (Vienna). In North America, he has conducted at the Lanaudière, Vail Valley, Saratoga Springs and Mostly Mozart (New York) festivals. He also regularly conducts at Carnegie Hall with the Philadelphia Orchestra.
A notable opera conductor, Mr. Nézet-Séguin’s regular engagements at New York’s Metropolitan Opera (MET) have seen him conduct Don Carlos, Rusalka and La traviata in recent seasons. He will open the 2015–2016 season with Othello. He has also appeared at the Salzburg Festival, Teatroalla Scala (Milan), Royal Opera House (Covent Garden) and Dutch National Opera (Amsterdam). In 2011, he embarked on a major Mozart opera series for Festspielhaus (Baden-Baden), most recently with a performance of Le Nozze di Figaro. In November 2015, he will return to Opéra de Montréal for five performances of Richard Strauss’s Elektra.
Highlights of the 2015–2016 season include a European tour with the Rotterdam Philharmonic Orchestra, an Asian tour with the Philadelphia Orchestra, a German tour with the Vienna Philharmonic Orchestra, a recording of the Mendelssohn cycle with the Chamber Orchestra of Europe for Deutsche Grammophon as well as participation in the Baden-Baden Easter Festival with the Berlin Philharmonic. He also continues as Artist-in-Residence at Théâtre des Champs-Élysées in Paris as well as Konzerthaus Dortmund. Recent additions to Mr. Nézet-Séguin’s discography include Ravel’s Daphnis et Chloé with the Rotterdam Philharmonic for the BIS label; Mozart’s The Abduction from the Seraglio with the Chamber Orchestra of Europe and Rachmaninov’s Variations with pianist Daniil Trifonovand the Philadelphia Orchestra, both for Deutsche Grammophon. He also continues to enjoy a fruitful recording relationship with Orchestre Métropolitain and ATMA Classique, the latest creation being Mahler 10.
A native of Montréal, Mr. Nézet-Séguin studied piano, conducting, composition and chamber music at the Conservatoire de musique du Québec in Montréal and choral conducting at the Westminster Choir College in Princeton, New Jersey, before going on to study with renowned conductors, most notably Italian maestro Carlo Maria Giulini. His honours include a prestigious Royal Philharmonic Society Award (RPS, London); Canada’s National Arts Centre Award (Ottawa) and the Prix Denise-Pelletier, the highest distinction for the arts in Quebec, awarded by the Quebec government. He has received three honorary doctorates (Université du Québec à Montréal, 2011; Curtis Institute of Philadelphia, 2014; Rider University of Princeton, 2015), and was appointed a Companion of the Order of Canada (2012), Companion of the Quebec Order for the Arts and Literature (March 2015) and Officer of the National Order of Quebec (June 2015).
Orchestre Métropolitain
Founded in 1981, the Orchestre Métropolitain is conducted by Maestro Yannick Nézet-Séguin since more than 15 years and relentlessly follow its mission: to present high quality classical music concerts and to democratize this music by making it available to the largest possible audience.