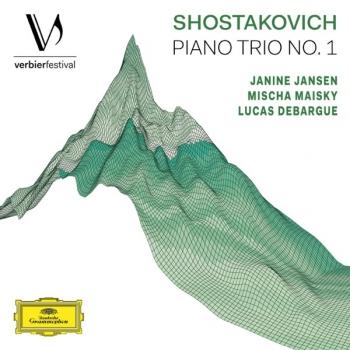 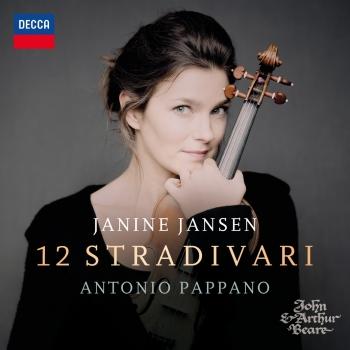 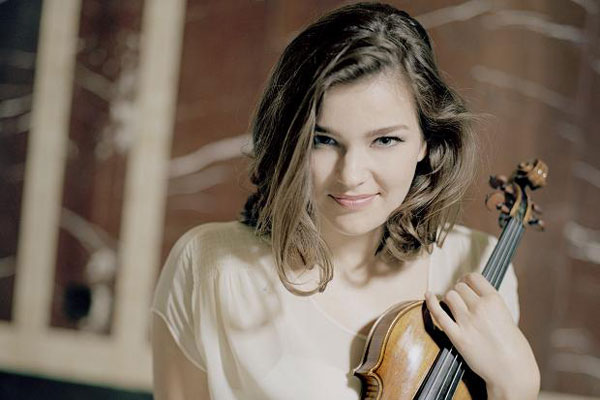 Janine Jansen
is internationally recognised as one of the great violinists and a truly exciting and versatile artist. Her London debut in November 2002, with the Philharmonia Orchestra and Vladimir Ashkenazy, was quickly followed by invitations from some of the world’s most prestigious orchestras, including the Berliner Philharmoniker, Royal Concertgebouw, London Symphony and Mahler Chamber orchestras, as well as the Chicago Symphony, The Philadelphia, Cleveland and NHK Symphony orchestras. She has worked with such eminent conductors as Valery Gergiev, Mariss Jansons, Lorin Maazel, Riccardo Chailly, Neeme and Paavo Järvi, Esa-Pekka Salonen, Daniel Harding, Edo de Waart, Gustavo Dudamel and Yannick Nézet-Séguin.
Jansen has an exclusive recording contract with Decca (Universal Music). Her most recent release is a French recital disc entitled Beau Soir with pianist Itamar Golan. Each one of her previous five albums has been awarded a Platinum Disc for sales in The Netherlands. Renowned for her success on iTunes, her recordings have reached number one on the digital charts on a number of occasions.
Highlights of the 2010/11 season include performances with the New York Philharmonic, London Philharmonic, Oslo Philharmonic, Danish National Symphony orchestras and the Orchestre de Paris. Janine Jansen will be touring this season with both the London Symphony Orchestra and the Philharmonia Orchestra. She also toured Japan with Die Deutsche Kammerphilharmonie Bremen. In the 2009/10 season Janine Jansen curated her own ‘Carte Blanche’ series at Amsterdam’s Concertgebouw, and this year is Artist-in-Residence for the hr-Sinfonieorchester, which includes a number of projects as well as a European Tour.
In addition to her concerto performances, Janine is a devoted performer of chamber music and is performing a number of recitals featuring the music from her latest album with Itamar Golan; cities include Paris, London, Dortmund, Brussels and Frankfurt. She established and curates the annual International Chamber Music Festival in Utrecht, and since 1998 she has been a member of Spectrum Concerts Berlin, an important chamber music series in the Berlin Philharmonie. Her chamber partners include Jean-Yves Thibaudet, Mischa Maisky, Julian Rachlin, Itamar Golan, Martin Fröst, Khatia Buniatishvili, Leif Ove Andsnes and Torleif Thedéen.
A former BBC New Generation Artist, Janine studied with Coosje Wijzenbeek, Philipp Hirshhorn and Boris Belkin. In September 2003, Janine received the Dutch Music Prize from the Ministry of Culture – the highest distinction an artist can receive in The Netherlands. She has received numerous other awards including the Edison Klassiek Public Award three times, three Echo awards for her Vivaldi recording in 2006, her Mendelssohn/Bruch album in 2007 and her Beethoven & Britten Violin Concertos disc in 2010, which was awarded top prize in the Concerto Recording of the Year category (for 20th and 21st Century music), as well as the NDR Musikpreis for outstanding artistic achievement in 2007. In 2008 she was given the VSCD Klassieke Muziekprijs for individual achievement, in May 2009 she received the RPS Instrumentalist Award for performances in the UK and in February 2010 an Edison Award followed for her Beethoven/Britten CD, in the “Concerts” category. In the same month the recording also won a Preis der Deutschen Schallplattenkritik.