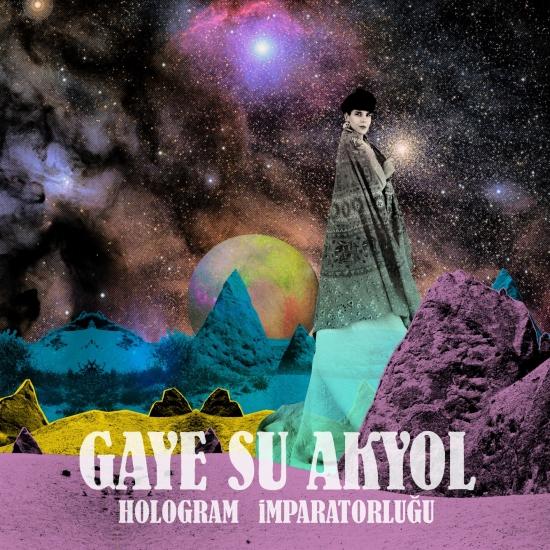 Istanbul has a deep, layered history. From its beginnings as a fishing village to one of the pillars of the Roman world. The final stop on the Silk Road. The centre of the Ottoman Empire as the Turks spread their huge net across the Middle East. Across the centuries the city drew in cultures and blended them. Growing up there, singer-songwriter Gaye Su Akyol breathed all that in every day, along with her family’s ancient roots in Anatolia. Those rich traditions combine to form part of the sound she’s developed on her album Hologram Ĭmparatorluğu (Hologram Empire), where sultry Turkish melodies twine around spiky, twanging guitars and insistent rhythms.
“It’s a cliché, but the city is a bridge that combines cultures, and that’s very true in music, especially the Greek influence,” Akyol explains. “When I was young, we visited Anatolia every year. I had the chance to observe and realise the different perspectives and practices of cultures. That made me feel closer to the diversity of Anatolian civilisation.”
But that, and the old music on Turkish Radio Television that she internalized, were only parts of the mix that helped shape her sound. She was constantly seeking out the new and the different, something to set off sparks in her emotions.
“When I heard Nirvana’s Nevermind for the first time, my mind blew up. I discovered other Seattle bands, then people like Nick Cave, Joy Division, Sonic Youth, and Einstürzende Neubaten. A bit later I heard Jefferson Airplane’s “White Rabbit.” The dark, mellow mood of the music, the use of the instruments and the vocal technique of Grace Slick greatly inspired me and led me into psychedelia and then surf bands. What they all did seemed to fit with older Turkish singers I loved like Selda Bağcan and Müzeyyen Senar.”
By then Akyol was already part of a new underground music scene that had sprung up in Istanbul. A military coup in the 1980s led to a repression of rock across the country. After a decade the government’s grip was beginning to loosen, and Akyol became part of the new wave of music, exploring the mix of old Turkish music and rock that she heard in her head.
“Your own culture is important; your parents and grandparents give it to you,” she notes. “No culture is better than any other. I studied as an anthropologist; I know that. So I began finding my culture and mixing it, balancing the traditional and modern elements in my music. My art, my sound. People focus so much on the technical part, but you have to look inside to find out what you want to do. You have to say something new. I want to change the world forever.”
The daughter of acclaimed Turkish painter Muzaffer Akyol, Akyol earned a degree in social anthropology and worked as an artist before creating music took over. She experimented, feeling her way towards her vision. And when she met the band Bubituzak, something clicked. They understood what she was doing; they became part of her art. Together they recorded her debut, Develerle Yaşıyorum, in 2013, following it with acclaimed, masked performances in Turkey and at festivals across Europe.
“I love masks,” Akyol laughs. “They bring mystery and fun, flexibility and a psychedelic aesthetic. Since Bubituzak are already a band, we want to use masks to cover their faces in a mysterious and symbolic way.”
That first disc seeded the ground. The new album, Hologram Ĭmparatorluğu, bears the full fruit of the partnership. It digs deeper, fired with a seductive, shadowy passion. The thick swirl of Oriental strings on “Hologram” plunges towards the heated boil of “Fantastikir Bahti Yarimin.” The dark lullaby of “Dünya Kaleska” weaves a haunted post-punk spell before building to the album’s climax “Berduş,” where spaghetti western guitar cracks over a propulsive rhythm and a sensuous Anatolian melody. The sound is cinematic and gorgeous and Gaye’s luminous voice brilliantly orchestrates these shifting moods.
Echoing the bittersweet tendrils of Turkey’s faded past and dramatic present, her lyrics are bold and deeply personal. At times she embraces the nocturnal and romantic: “I feel immortal by your side/As if the world will be safe/If I drink another double raki.” In other instances, she navigates the surreal and the magically real: “Look at me/I’ve become a butterfly/Come and find me/Black holes are everywhere.” And in several songs she takes a sharp look at the stark realities of Turkey’s political moment: "You sold us out well! /You have a palace but/It’s just empty four walls /Possessions mangle mortals.” It is no surprise that she cites Turkish writers like Melih Cevdet Anday and Sabahattin Ali and the English poet William Blake as crucial artistic influences.
Her music, her art.
“I look for passion in music, lyrics, feelings, people, conversations. There can be no limbo, in between,” Akyol insists. “Passion talks with its very self-assured way to change something or convince someone. I believe we live in a hologram and art is my universe, so I organise the galaxies, planets, solar systems.”
And in Gaye Su Akyol’s universe, the past becomes folded into the present and launched into the future. Hologram Ĭmparatorluğu is heady, powerfully intoxicating and beautifully dangerous.
“Your art is something you have to find yourself,” Akyol says. “I’m looking inside my consciousness to my culture. I love rock but there are hidden things in my subconscious. Call it Turkish art rock if you like.”
Past, present, future. Her music, her art. 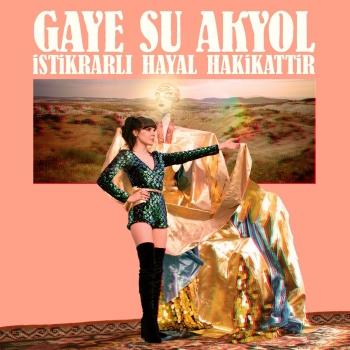 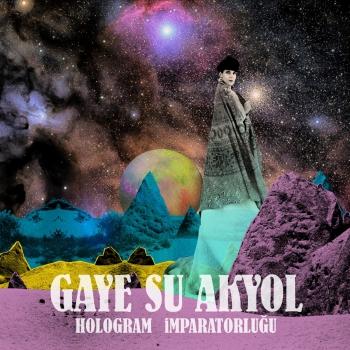