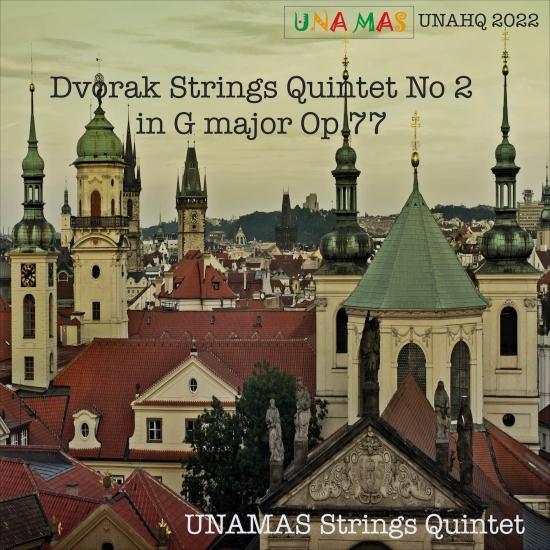 Info for Dvorak Strings Quintet No.2 in G major Op.77

Dvořák's String Quintet No. 2 in G major, Op. 77 (B. 49), was originally composed in early March 1875 and first performed on March 18, 1876 in Prague at the concert of the Umělecká beseda.
It is scored for two violins, viola, cello, and double bass. First marked as Op. 18, it was later slightly revised in 1888 as Op. 77. It has since been assigned the Burghauser number B. 49. Dvořák entered the piece in a competition and was awarded 5 ducats for the composition. The work bears the competition's motto, "To my Nation", as its dedication.
Although the original work was scored in five movements, Dvořák later withdrew the second movement, entitled "Intermezzo," due to concerns that having two slow movements made the work too lengthy. This extracted movement had been based on the central section, marked 'Andante religioso', of his String Quartet No. 4 (which was not published in his lifetime), and was in turn later reworked and republished as the Nocturne for Strings in B major, Op. 40 (B. 47). Some modern ensembles choose to restore the intermezzo when performing the work.
The UNAMAS label has been producing mainly at Karuizawa Ohga Hall since 2014. I've almost worked out the various recording approaches in this hall, so from this time I've been considering some halls to record in a new acoustic space. As a result, the entire interior was settled in Yatsugatake YAMABIKO HALL, which has a wooden structure.
It is ordinary to make album by Dvorak Strings Quintet No 2 in G major Op 77 has recording 4 movement till Finale Allegro assai. We take a recordings to record his complete score that included Appendix- II Intermezzo.
UNAMAS Strings Quintet:
Jun Tajiri, 1st violin
Shiori Takeda, 2nd violin
Atsuko Aoki, viola
Mariko Fukuzaki, cello
Ippei Kitamura, double bass
Recorded 14th-16th December 2021 at Yatsugatake Yambio-Hall Hokuto City Yamanashi Pre, Japan 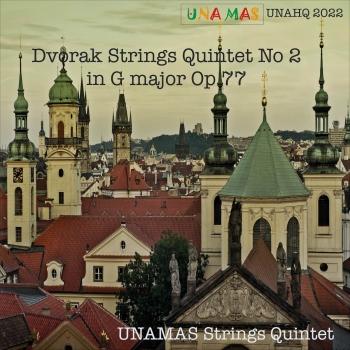 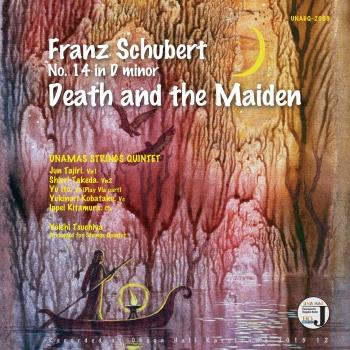 Franz Schubert No-14 in D minor Death and the Maiden

Booklet for Dvorak Strings Quintet No.2 in G major Op.77