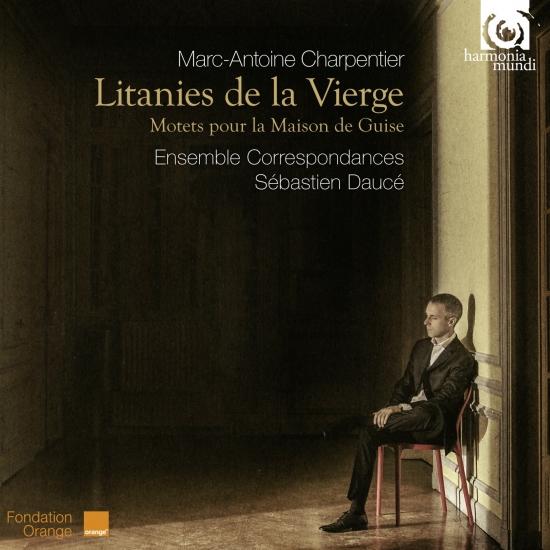 The harmonia mundi label, once well known for specializing in the French Baroque repertoire, makes a welcome and triumphant return to this treasure trove of musical delights. For their first release on harmonia mundi, Sébastien Daucé and the Ensemble Correspondances present a sumptuous interpretation of the six-voice motets composed by Marc-Antoine Charpentier for the House of Guise. These works, which include the Litanies de la Vierge and the Miserere, are masterworks that exemplify Charpentier's influence on the music of the Grand Siècle. The creative genius and intense fervor of this deeply spiritual music display the blend of French and Italian flavors that were his hallmark.
„Overshadowed in the late 17th century by his politically skillful contemporary Lully, Marc-Antoine Charpentier is now escaping from his long shadow: the recent tremendous ENO production of his Medea showed his dramatic genius, and this alluring new CD explores his spiritual world. Biting dissonances, long chains of suspensions, piercing harmonies. One of France's best new early music groups, Ensemble Correspondances, shows total understanding of his idiom and achieves a perfect balance of clean but expressive voices with crisp and precise instrumental ensemble. Charpentier himself sang in these sacred pieces, written for the musicians of the Guise family: their intensity is alarmingly sensual.“ (Nicholas Kenyon, The Guardian)
Ensemble Correspondances
Sébastien Daucé, conductor