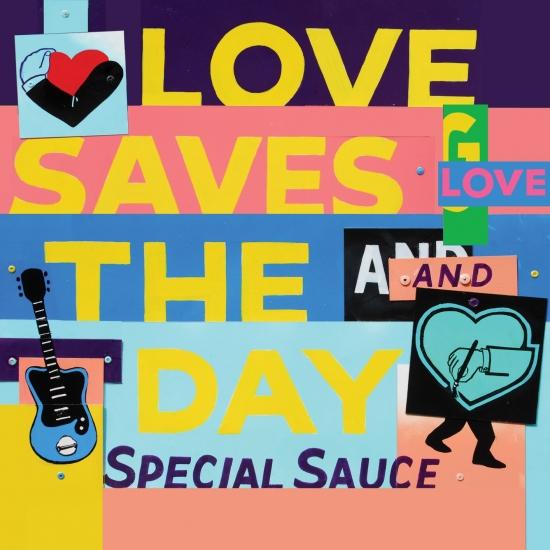 Info for Love Saves The Day

For his 10th studio album, G. Love invited friends to help him create Love Saves The Day releasing on 10/30. The album features guest artists Lucinda Williams, Citizen Cope, David Hildago of Los Lobos, Ozomatli, DJ Logic, Money Mark, Zach Gill and Adam Topol. Producer Robert Carranza (Jack Johnson, Beastie Boys) recorded the group live to capture the raw electricity of the tracks.
Love Saves The Day features the down and dirty “trashcan blues” sound of G. Love and his long-term Special Sauce rhythm section – upright bassist James “Jimi Jazz” Prescott and drummer Jeffrey “The Houseman” Clemens. Engineer and producer Robert Carranza (Jack Johnson, Beastie Boys, Mars Volta) recorded the group live with few edits to capture the raw and unfiltered electricity of the tracks. “The music,” G. Love enthuses, “jumped off the tape.”
Love Saves the Day kicks off with a title track that lurches like prime Black Keys, but this isn't a sign that G. Love & Special Sauce are scrambling to keep up with the times, nor is it an indication that they're aching for their past. Instead, the band -- which, as on 2014's Sugar, is a reconstituted version of their original lineup featuring guitarist/vocalist G. Love, drummer Jeffrey Clemens, and bassist Jim Prescott, who returned in 2014 after a five-year hiatus -- feel as if they're pulling together all their interests, both past and present, to engage with a perpetual now. For G. Love & Special Sauce, they live in a world where soul-jazz is filtered through hip-hop and co-exists happily with greasy electric blues; a world where rap, R&B, and rock are traditions to be played with, not treated with respectful distance. Appropriately, all the invited guests -- and there are a lot of them -- share this sensibility and all these musicians underscore the group's wide-ranging interests. Roots rock stalwarts David Hidalgo and Lucinda Williams stand alongside the funkier Ozomatli, Money Mark, and DJ Logic, plus there's a feint toward pop via a duet with Citizen Cope. It's aggressively eclectic but it's not showy: it doesn't draw attention to its cornucopia of sounds, it simply slides from one jam to another. If the songs don't necessarily stick, that's fine -- this is all about vibe, the idea of creating a never-ending party where everybody is welcome and, in that regard, G. Love & Special Sauce succeed. (Stephen Thomas Erlewine, AMG)
Garrett Dutton aka G. Love, vocals, guitar, harmonica
Jim Prescott aka Jimi Jazz, bass
Jeffrey Clemens aka Houseman, drums 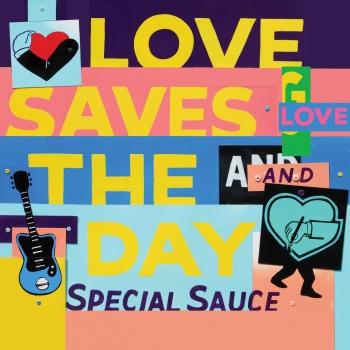 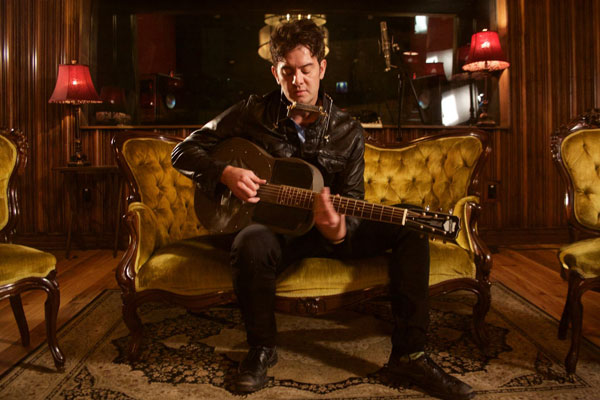 G. Love & Special Sauce
are a Philadelphia-based trio whose laid-back, sloppy blues sound is quite unique, as it encompasses the sound/production of classic R&B and recent rap artists (the Beastie Boys, in particular). The group — G. Love (born Garrett Dutton) on guitar/vocals/harmonica, Jeff Clemens on drums, and Jim Prescott on upright bass — released their self-titled debut in 1994 on OKeh/Epic. It received enthusiastic reviews and nearly went gold on the strength of the MTV-spun video for "Cold Beverage." The group toured heavily, also landing a subsequent spot on the H.O.R.D.E. tour, and found a receptive young audience. They followed up this success with the more mature Coast to Coast Motel in 1995. Although it didn't sell as well as the debut, it was definitely a stronger album. On tour, the group nearly broke up due to bickering over finances. They decided to take a break from each other, while G. Love worked on a new album with three different bands (All Fellas Band, Philly Cartel, and King's Court) and special guest Dr. John.
Soon, though, G. Love & Special Sauce made amends, and the next album featured Special Sauce plus combinations of the three other groups. Yeah, It's That Easy was released in October 1997, and it turned out to be a soul-inflected effort, more similar to their debut than their second album. G. Love & Special Sauce soon embarked on another world tour, returning in 1999 with Philadelphonic. Released in 2001, Electric Mile was another solid release, but it was also G. Love's most schizophrenic album yet, incorporating hip-hip, funk, psychedelia, blues, and soul in equal and ambitious measure. Mile was followed by extensive touring. By 2004 and the Hustle LP, G. Love had eased up a little on the kitchen sink approach, offering instead a cohesive, dry groove reminiscent of his earliest efforts. Hustle was also the first G. Love release under Jack Johnson's Brushfire Records banner. It made sense; the two had been pals at least since Philadelphonic, on which Johnson had guested. His move from Sony spawned The Best of G. Love & Special Sauce, but G. Love wasn't done. Special Sauce did a series of shows in 2004 with Johnson and fellow Brushfire artist Donavon Frankenreiter, and the trio also found time to issue a brief live EP before 2006's Lemonade. The live album A Year & a Night with G. Love & Special Sauce appeared in 2007. The studio album Superhero Brother followed in 2008. After a six-year break, the original G. Love & Special Sauce lineup (featuring Clemens and Prescott) reunited for 2014's Sugar. A year later, the band released Love Saves the Day on Brushfire Records. Appearing in October 2015, the album featured a slew of special guests including Lucinda Williams, Citizen Cope, and David Hidalgo of Los Lobos.

Booklet for Love Saves The Day