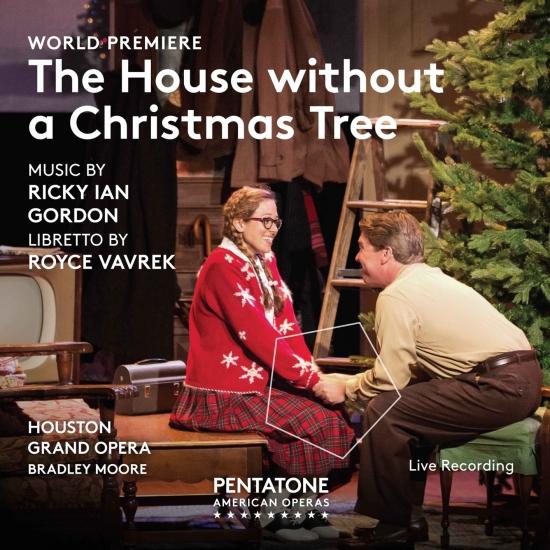 Info for Ricky Ian Gordon: The House Without a Christmas Tree

Precocious Addie Mills is smart and energetic, just like the mother she never knew. Addie has no idea why her father resents the holidays so intensely, refusing even to allow a Christmas tree in the house. But when she brings home a tree she won in a school contest, it paves the way for a miracle of sorts—her father’s broken soul is transformed.
The House without a Christmas Tree, a new opera by Ricky Ian Gordon and Royce Vavrek that premiered at Houston Grand Opera in 2017, is based on the book by Gail Rock and the beloved 1972 television movie of the same name. Ricky Ian Gordon (b. 1956 in Oceanside, NY) studied piano, composition and acting, at Carnegie Mellon University. After moving to New York City, he quickly emerged as a leading writer of vocal music that spans art song, opera, and musical theater. Mr. Gordon’s songs have been performed and or recorded by such internationally renowned singers as Renee Fleming, Dawn Upshaw, Judy Collins, Kelli O’Hara, Audra MacDonald, Kristin Chenoweth, Andrea Marcovicci, and the late Lorraine Hunt Lieberson, among many others.
Royce Vavrek is a Canada-born, Brooklyn-based librettist and lyricist who has been called “the indie Hofmannsthal” (The New Yorker) a “Metastasio of the downtown opera scene” (The Washington Post), “an exemplary creator of operatic prose” (The New York Times), and “one of the most celebrated and sought after librettists in the world” (CBC Radio). His opera “Angel’s Bone” with composer Du Yun was awarded the 2017 Pulitzer Prize for Music.
Lauren Snouffer, soprano
Heidi Stober, soprano
Daniel Belcher, baritone
Patricia Schuman, soprano
Houston Grand Opera Orchestra
Bradley Moore, conductor 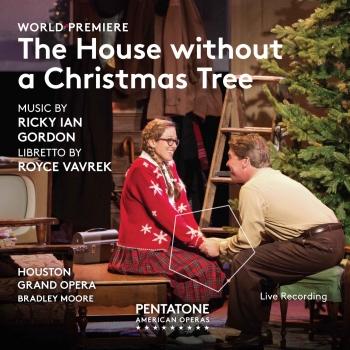 Ricky Ian Gordon: The House Without a Christmas Tree

Bradley Moore
is Head of Music Staff at the Houston Grand Opera, and Music Director of the HGO Studio. He recently conducted HGO’s revival of The Little Prince, and in 2015 he also conducted performances of Tosca and The Magic Flute for HGO. In 2014 he conducted Madama Butterfly at the Castleton Festival and he has conducted Il Barbiere di Siviglia at Opera Colorado. He has been an assistant conductor at the Metropolitan Opera, the Salzburg Festival, Opéra National de Paris, the Canadian Opera Company, and the Los Angeles Opera. In 2014 he made his Met debut as the onstage pianist in Wozzeck.
Widely acclaimed as a recital partner, Mr. Moore appears with Susan Graham this spring in venues including the Casals Festival and the Gilmore Festival. Last year he and Jamie Barton were heard in recital at Oper Frankfurt, Zankel Hall at Carnegie Hall, at the Kennedy Center, and several other venues; he also appeared with Ms. Barton and Angela Meade in recital at the US Supreme Court. He has collaborated with Renée Fleming and Susan Graham at Carnegie Hall and on several national tours, and he enjoys partnerships with Christine Goerke, Alice Coote, Eric Cutler, Eric Owens, and clarinetist Julian Bliss. He has performed live on A Prairie Home Companion with Ms. Fleming and Yo-Yo Ma, and with Joshua Bell on CBS Sunday Morning News and Late Night with Conan O’Brien. His discography includes a recital with Mr. Cutler on the EMI Classics Debut Series, a recital with Mr. Bliss for Signum Classics, and a recital of songs by American composer Daron Hagen for Arsis Audio.
Mr. Moore has been piano soloist with orchestras including the National Symphony Orchestra and the Buffalo Philharmonic. He performed the Martinu Harpsichord Concerto with the San Francisco Ballet for the world premiere of Mark Morris’ Beaux, and has also been heard as a recitative accompanist and continuo player with the Met Orchestra, the Wiener Philharmoniker, the Los Angeles Philharmonic, and the Met Chamber Ensemble.
Houston Grand Opera (HGO)
is one of the largest, most innovative, and most highly acclaimed opera companies in the United States. HGO was the only American finalist for Opera Company of the Year at the 2017 International Opera Awards.
In fulfilling its mission to advance the operatic art to serve an ever-evolving audience, HGO leads the field in commissioning new works (65 world premieres to date) and in training and nurturing promising young artists and administrators. The company contributes to the cultural enrichment of Houston and the nation through a diverse and innovative program of performances, community events, and education projects that reaches the widest possible public. HGO's pioneering community engagement initiative, HGOco, has served as a model for other arts organizations.
The NEXUS Initiative is HGO's multi-year ticket underwriting program that allows Houstonians of all ages and backgrounds to enjoy opera without the barrier of price. Since 2007, NEXUS has enabled more than 250,000 Houstonians to experience opera through discounted single tickets and subscriptions, subsidized student performances, and free productions.
HGO has toured extensively and has won a Tony, two Grammy awards, and three Emmy awards. It is the only opera company to win all three honors.

Booklet for Ricky Ian Gordon: The House Without a Christmas Tree