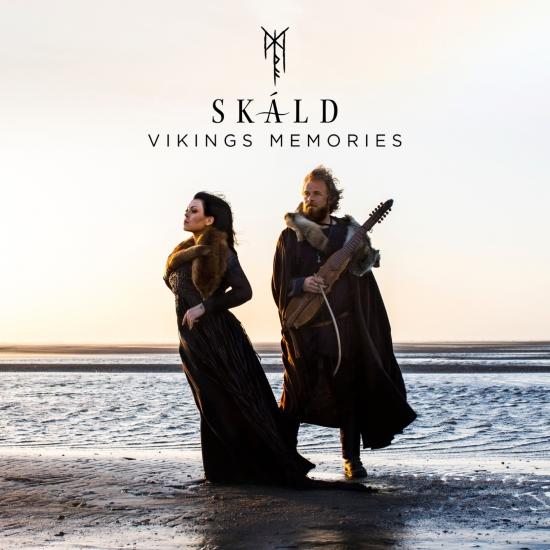 The new album is about the importance of ancestral heritage. It is an invitation to listen to messages from the past to build the future. SKALD is inspired by the Doggerland, which is an island that disappeared 20,000 years ago following various natural disasters (tsunami, long winter...). The Vikings tell here the history of the people who preceded them and question the role of Man for saving the planet.
In the two years since its inception, SKÁLD has taken an unexpected path through the international musical landscape by breathing new life into the Viking spirit. The group was founded in 2018 when producer-composer Christophe Voisin-Boisvinet brought together some first-rate talents – among them singer Justine Galmiche and singer/multi-instrumentalist Pierrick Valence – to form an immersive musical project; SKÁLD embraces the ancestral spirit of the ancient skalds who chanted of the legends surrounding the peoples of the North and their gods.
Through their music, SKÁLD take inspiration from the poetry of the ancient skalds who sang and told stories of the Vikings and their gods. Their music is characterized by singing in Old Norse and the use of ancient instruments including shamanic drums, talharpa, jouhikko and more.
For their new album, SKÁLD are moving away from Earth and Fire to focus on the element of Water, responding to the call of the seas with original compositions which offer a rich and evocative soundscape. The music once again tells a story: a saga of the people of the North and their relationship with nature and the ocean. The songs recall forgotten tales of lost lands that now lie beneath frozen waters (like the Doggerland, which once bound Great Britain to Scandinavia) and offer stories of voyages in the company of adventurers and seafarers who have navigated the most perilous seas. Those ancient songs – reimagined and recomposed for a modern audience – remind us of nature’s power and fragility, and encourage us to listen to what the past has to tell us, so that we might build a future with harmony.
SKÁLD