World2hot Cliff Barnes And The Fear Of Winning 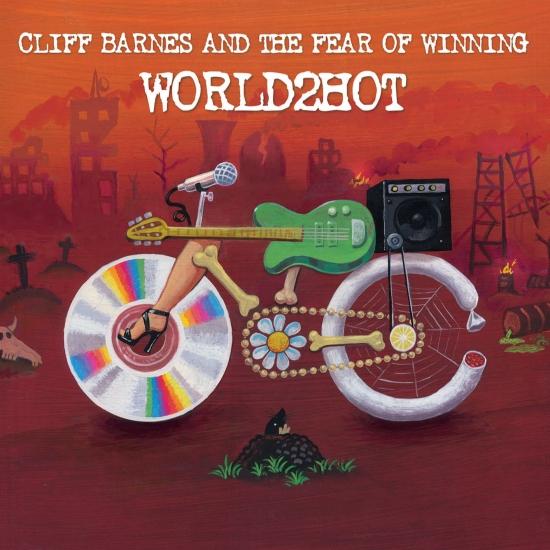 Artist: Cliff Barnes And The Fear Of Winning

THE WORLD2HOT MUSIC PROJECT - Cliff Barnes and the Fear of Winning, have a long history. Back in the eighties and the nineties, they were stars. On tour and on record they used their own brand of alternative country to question the politics of the world. Reagan was the target for the legendary “Fucking in the White House” Era, when he deployed the Pershing missiles in West Germany. Later the band played in East Germany a few days before the Wall came tumbling down. Some say the band had nothing to do with it, while others……
Between these political highlights there were a lot of love songs. The band toured extensively in Europe and in the USA. The band imploded in the late nineties only to return in 2003 with a new album, mixed in Malta called Godsatwork.
The band has been quiet for many years now. The two main protagonists, Bob and Henry, worked on a side project called the Artland Country Club. They developed a pedal power system with friends in the USA, using four bikes to power a very efficient PA system. This makes concerts in remote areas possible. The guys have done shows for the World Wildlife Fund and various charities, but mostly to promote the idea of a better world with bicycles. The title the new album, WORLD2HOT was a logical result.
Getting together again with Marcus, they recorded a record with a very low carbon footprint. Using photovoltaic, pedal power and even a water mill to produce electricity. WORLD2HOT is a cry of hope and a sign that to change things we need to find our voice again. Politicians have been replaced by bankers and multinational companies as the villains that control the way we use resources and our greed life philosophy.
Tough words, but the band is older and has no reason to not tell the truth. Tell it like it is, is the message. Stand up and be counted. The time is ripe for a consensus for change, for tolerance and for love. In a world of suffering and bad political leaders we deserve more, for ourselves and for our children.
Enjoy, think and help. WORLD2HOT is a cry of the helpless, the frustrated and the weak. We have to make a difference. 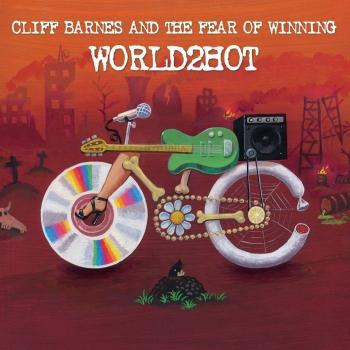 Cliff Barnes And The Fear Of Winning

Cliff Barnes And The Fear Of Winning
It is the job of art to fight the ugliness of the world. We use love and the fascination of beauty to do this. Beauty can be a kiss, a statement, a helping hand, a smile to uplift, a pat on the back, the knowledge that someone is with you in your quest. The world is a sad place when we thrive to make more and end up seeing less.
But let it be said, in the end we are not experts, we have no surefire solution, we're just a bunch of idiots searching for the holy grail, like ships lost in a sea of indecision, we go where the wind blows. We eat and drink with thieves and kings, with punks and priests. We think and we progress, sometimes moving a step back, but never a step that was not necessary, never a step that could not have been a leap, because then we leap.
We find ourselves singing about love a lot. What gives us the right to do this? Is it the words we find or the words we search for in desperation? Is love the question or the answer? The journey or the destination? The hope or the hopelessness?
The answer of course is that loves moves the world, unrequited and sublime. And we are the storytellers that touch your soul, the missionaries that spread the word, love is great, love is good, love is omnipotent and also the bricks we use to build our songs.