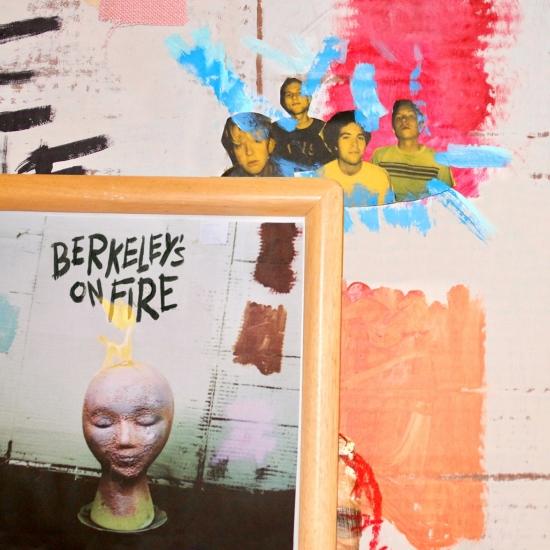 Info for Berkeley's On Fire

The band’s highly-anticipated new record, Berkeley’s On Fire, was produced by Rich Costey (Muse, Death Cab For Cutie) and will be coming out on February 15 via Fueled By Ramen, ahead of their massive UK and European tour.
“When we were writing these songs we were very conscious of our role in creating a space for people to escape from the nonstop negative media cycle,” co-frontman Cole Becker says regarding the record’s lyrical content. “It’s a strange time to be young; our generation knows the duality of feeling like an unstoppable force for change in one moment and a powerless wreck in the next. We wanted these songs to document that feeling that we’ve observed closely in ourselves and in the people we’ve shared our music with over the past three years.”
SWMRS 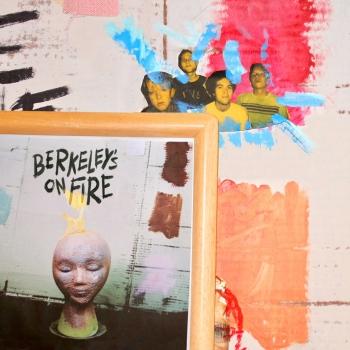 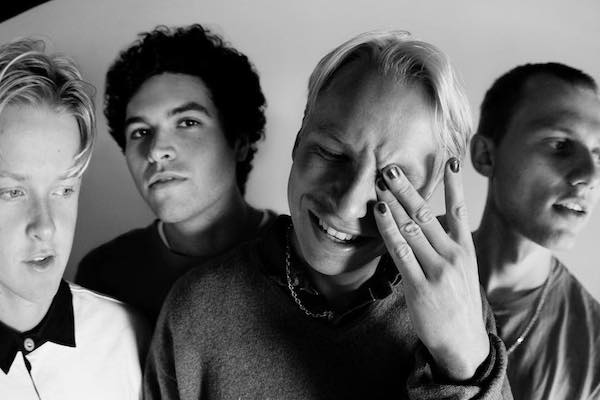 SWMRS
There’s never been a punk band like SWMRS. That’s probably because it’s too limiting to label the Oakland quartet, “a punk band.” You might initially detect the caustic broadsides of The Clash and the amphetamine bubblegum of the Ramones. But within the carefully penned lyrics, propulsive energy, and raw honesty, you can hear the echoes of Public Enemy and Frank Ocean, A Tribe Called Quest to Kurt Cobain.
Listen to “Harry Dean,” the first song on their debut album, Drive North. The guitars draw blood, the drums detonate, and lead singer, Cole Becker unleashes a bleak but rowdy sneer.
The song chronicles the evolution from high school square-to-learning to let loose. It’s about the smallness of our place in the universe and the realization that you can do whatever you want. The central influences are the actor Harry Dean Stanton and “Cheap Beer” by FIDLAR—whose lead singer, Zac Carper produced the album.
“When I was younger, I used to write really political songs and was angry all the time,” Cole Becker, 20, says. “I eventually realized that you don’t have to write songs about politics to let people know that you’re thinking”
The band officially formed in early 2015, but their roots stretch back for years—to when Becker, and his childhood friend, Joey Armstrong (drums) began playing music together at 8 years old. They didn’t know how to play their instruments, but they’d seen School of Rock, and tabbed Cole’s brother Max to sing and play bass.
Before graduating high school, they’d already released two full-length albums and a handful of EP’s. They’d toured the world, and shared stages with Pennywise, Rise Against, and Soundgarden.
But SWMRS is a wholly new endeavor. The band recruited their friend Sebastian Mueller to play bass and Max Becker switched to lead guitar. Yet it’s more than just a slightly different formation: they’ve gone deeper, thought harder, learned to play with more power yet greater control.
After seeing them rip up the stage at Burgerama IV, Saint Laurent Paris creative director Hedi Slimane became so enamored with SWMRS that he asked them to walk the runway at his Paris fashion show, and write the soundtrack for his Spring/Summer 2016 presentation. Fueled by 40 oz. bottles of malt liquor, they turned in a 17-minute version of “Like Harry Dean Stanton.” It went over very well.
Their approach is crystallized on the album’s title track, “Drive North,” It’s not a command; it’s a concept. It’s about hometown pride and the desire to create a unique cultural identity. It’s allegorical and subversive, and could be the theme song for the Golden State Warriors the next time they play the Clippers.
Or listen to their first single, “Miley,” which i-D Magazine called, “the most punk tribute to Miley Cyrus ever.”
“Miley does exactly what she wants. It’s really rare to see somebody doing that, Cole Becker says. “She's a business commodity, but seems to have maintained creative autonomy, which is super punk rock. And she's standing up for sexual freedom and gender fluidity...that's important, and something that not a lot of pop stars are doing." In 2016, punk rock isn’t just aesthetic. It’s about the ideas. It’s about upending expectations and finding freedom in your own voice. SWMRS have made a timeless but modern coming of age album—one that reminds you that you aren’t the only one trying to beat against the current.
Originally released on the band’s own Uncool Records, Drive North was re- released by Fueled By Ramen in October 2016. The new version of the album includes previously unreleased songs “Palm Trees” and “Lose It”.