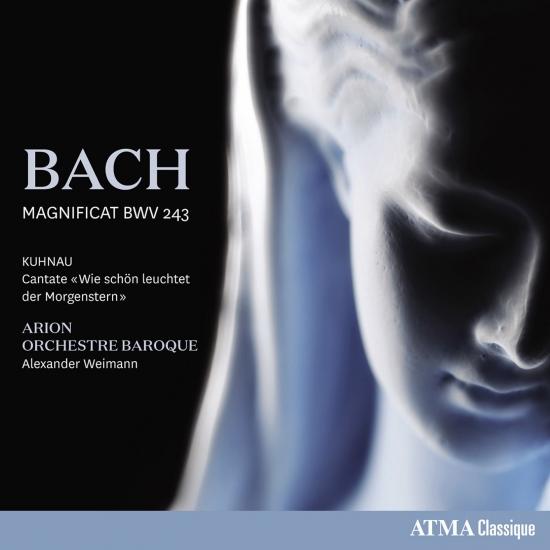 Bach reworked his Magnificat in E flat major, BWV 243a, originally composed in 1723, transposing it down to D major and slightly modifying the instrumentation. In this revised version he omitted the four interpolations or Christmas laudes. On this recording directed by Alexander Weimann, Arion performs the version in D major (BWV 243), and reintroduces the four all-too-rarely heard laudes.
Arion also performs Kuhnau’s cantata Wie schön leuchtet der Morgenstern (How lovely shines the morning star) to complete this joyful album devoted to Christmas.
Founded in 1981, Arion Baroque Orchestra is the only period instrument orchestra based in the province of Québec. The clarity and freshness of Arion’s interpretations have been remarked upon since its first concerts. The delicacy and artistry of its readings of well-chosen and varied works has been consistent over the past 35 years.
Alexander Weimann is one of the most sought-after ensemble directors, soloists, and chamber music partners of his generation. After travelling the world with ensembles, he now focuses on his activities as conductor of the Pacific Baroque Orchestra Vancouver, and as music director of Les Voix Baroques, Le Nouvel Opera and Tempo Rubato.
Johanna Winkel, soprano
Johannette Zomer, soprano
James Laing, countertenor
Zachary Wilder, tenor
Matthew Brook, bass-baritone
Arion Orchestre Baroque
Alexander Weimann, direction 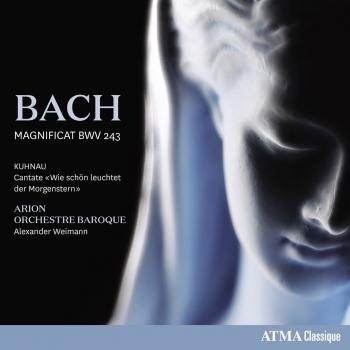 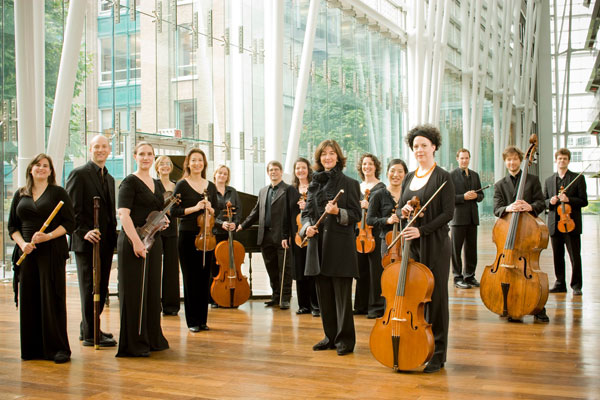 Arion Baroque Orchestra
The musicians of Arion started playing together in 1981. From the outset, their concerts were unanimously hailed for their clarity and gusto as well as their refined and expressive performances of a vast array of carefully-chosen early music works. An unrelenting attention to detail has made Arion's artistic achievements worthy of those of the greatest current chamber ensembles.
Though still a quartet when touring, Arion has grown to a fully-fledged chamber orchestra, calling upon other musicians and world-renowned guest artists to perform vocal and instrumental works in its high-profile series of concerts in Montreal. The latter include Barthold Kuijken, Monica Huggett, Daniel Taylor, Hervé Niquet or Sarah Cunningham.
A recipient of numerous awards and grants, Arion has toured extensively throughout Canada, Europe, Mexico and the United States. Recent invitations have brought the artists to the Women's Musical Club of Toronto and the renowned Frick Collection in New York, before a tour of Western Canada's major centres. Upcoming tours include the Canadian Prairies, Europe (with a performance at the prestigious South Bank Centre in London), the Canadian Maritimes and the east coast of the United States.
Alexander Weimann
In recent years Alexander Weimann has established a reputation as one of the leading harpsichordists and ensemble leaders of his generation. He has performed throughout Europe, Canada and the United States, and has appeared at prominent festivals and concerts in Berkeley, Boston, Tanglewood, Washington, Montréal, Toronto, London, Paris, Madrid, Göttingen, Halle, Karlsruhe, Ludwigsburg, Schleswig-Holstein, Graz, Innsbruck, Salzburg, Vienna, Utrecht etc... He is a regular member of Tragicomedia and also appears as frequent guest artist with Cantus Cölln, Ensemble 415, Freiburger Baroque Orchestra, Tafelmusik...
Mr. Weimann was born in Munich, Germany, where he studied musicology, theatre theory, medieval latin, organ, church music and jazz piano from 1985-90. In 1997 his group Le Nuove Musiche won first prize in the early music competition Concorso Premio Bonporti in Rovereto, Italy. From 1990-95 he taught music theory at the Münchner Musikhochschule, and since 1998, he has given classes in harpsichord, chamber music and performance practice at the Lunds University in Malmø, Sweden, the Hochschule für Musik in Bremen, Germany, and also at several American festivals and universities, including Berkeley, Boston and Dartmouth. Mr. Weimann currently lives in Berlin.