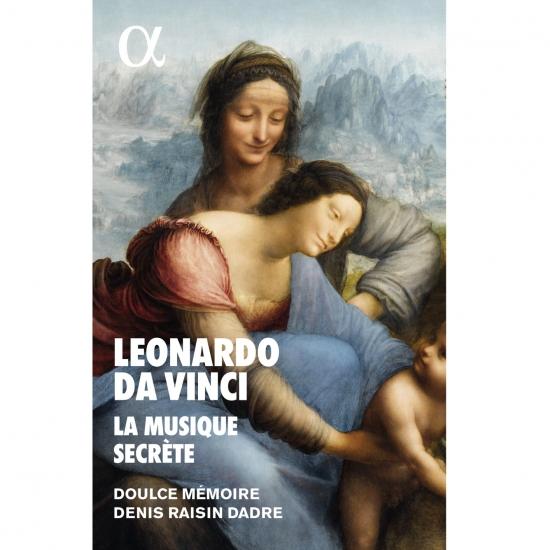 2019 will see the 500th commemoration of the death of one of the greatest geniuses humanity has produced: Leonardo da Vinci, scientist, inventor, painter – and musician.
Doulce Mémoire, having devoted themselves to Renaissance music for the past 30 years, have decided to pay homage to Leonardo. Their founder-director, Denis Raisin Dadre, an eminent specialist in the music of the period and a great lover of pictorial art, has devised an original programme: ‘Rather than just make music from the time of Leonardo, I’ve taken my cue from the paintings themselves. I’ve worked on what could be the hidden music of these pictures, what musical pieces might be suggested by them….’ He chose around fifteen paintings, many of which are now in the Louvre: The Baptism of Christ, The Virgin of the Rocks, Portrait of Isabella d’Este, Portrait of an Unknown Woman (La belle ferronnière), Saint Anne, St John the Baptist… and of course La Gioconda. He then matched them with works by Jacob Obrecht (1457-1505), Josquin Desprez (1450-1521), laude for the Annunciation. There are also some frotolle, and songs to texts by Petrarch accompanied by the lira da braccio, an instrument Leonardo played himself. This recording comes with a handsome booklet, including reproductions of the pictures by Leonardo, some in detail, giving an intimate insight into them; there is also a text by Denis Raisin Dadre explaining his selection.
Doulce Memoire
Denis Raisin Dadre, direction 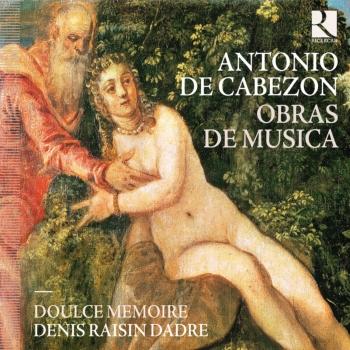 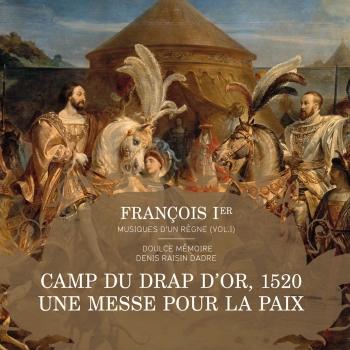 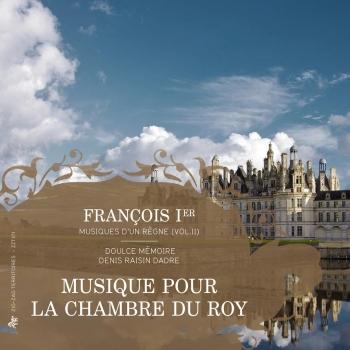 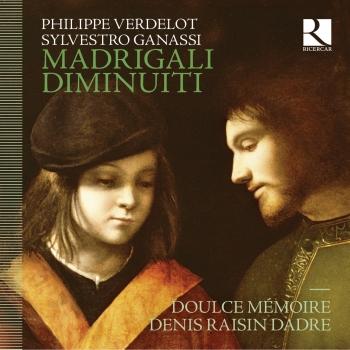 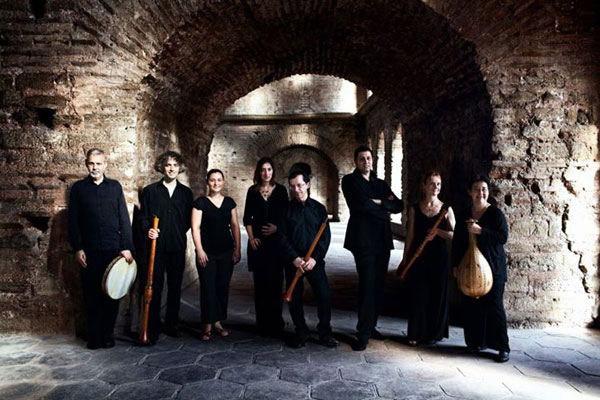 Doulce Mémoire
represents above all the spirit of the Renaissance – a time of voyages and discovery, inventiveness and creativity. For almost twenty-five years now, this faithful, close-knit team of musicians and singers has been involved in artistic ventures of a constantly innovative nature, with the regular participation of actors and dancers. The ensemble’s productions range from the very serious Requiem for the Kings of France to the racy, bawdy and festive L’Honnête courtisane. One of the recent additions to the repertoire is a reconstruction of the Mass for the encounter of the Field of the Cloth of Gold.
Since it was founded, Doulce Mémoire has appeared at national theatres, opera houses and festivals all over France, as well as in many major cities abroad (Brussels, Rome, Riga, New York, Mexico City, Brasilia …).
Doulce Mémoire has established some fine artistic and personal relationships in the course of its travels: with the Hang Tang Yuefu Music and Dance Ensemble of Taiwan, for example, the fado singer Antonio Zambujo, the Iranian singer Taghi Akhbari, and the Turkish ney player Kudsi Ergüner.
Through its concerts and shows, Doulce Mémoire enables audiences to discover the music that could have been heard by great men of the Renaissance such as Leonardo da Vinci, Michelangelo, Rabelais, François I and others, some of whom left their mark on the Loire valley and some of its fine Renaissance châteaux. For the past fifteen years the ensemble has been particularly active in Centre Region of France, with which it has developed a privileged relationship. Amongst other events, Doulce Mémoire organises Le Droict Chemin de Musique, an academy for young professional singers, launched in 2003 and held in the wonderful setting of the royal château at Chambord.
Doulce Mémoire records for Zig-Zag Territoires, Naïve and Ricercar, and regularly receives top ratings in the specialised music press. The ensemble has taken part in several documentaries for the cultural TV channel Arte.
Denis Raisin Dadre
After his musical studies – recorder, oboe and musicology – Denis Raisin Dadre formed the ensemble Doulce Mémoire in 1989. His keen interest in history, literature, and the arts in general, as well as music, leads him to devise programmes that are set in a historical context.
After twenty-five years of intense activity, with memorable achievements both in concert and on CD, his love for the Renaissance has never weakened. As Denis Raisin Dadre studies the material found in European libraries, transposes manuscript scores or tries out various instrumental possibilities, he questions preconceived ideas and sometimes even the vocabulary of music – and not only that of the Renaissance, for he often works with stage directors and choreographers on the creation of original types of performance.
He is regularly invited to take part in academies organised for the training of young musicians. Denis Raisin Dadre has taught, for example, at those of Gijon (Spain), Chiquitos (Bolivia), Prague (Czech Republic) and Havana (Cuba). He also teaches in the Department of Early Music at the Conservatoire in Tours, and since 2003 he has been director of the International Academy Le Droict Chemin de Musique for talented young singers.
Denis Raisin Dadre was made a Chevalier des Arts et des Lettres by the French Ministry of Culture in 1999.