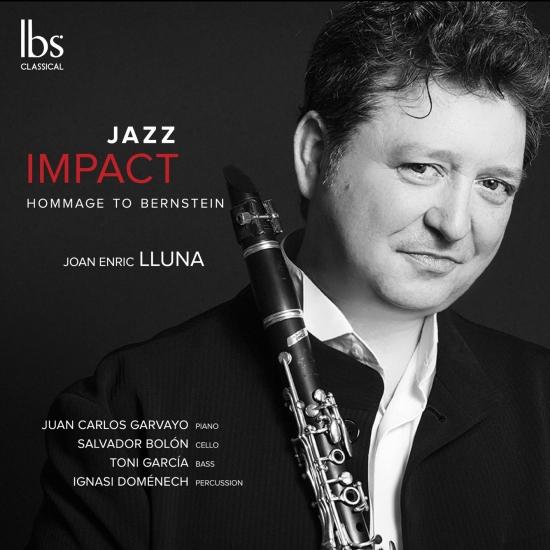 Leonard Bernstein has always loomed large among the musicians who have most fascinated me. Not only did he demonstrate huge vitality and charisma as a conductor, and compose the wonderful music that is his legacy, but he worked tirelessly as a communicator and “pedagogue”. His explanations of wide-ranging aspects of music to the viewers of his television programme for children, his lectures at Harvard University and his books have all been an enormous source of information. In recognition of the centenary of his birth, we dedicate to him this recording of his works for clarinet. At the same time, we pay homage to another musician whom I greatly admire – Benny Goodman – and include two other works directly linked to the theme of this CD – the impact of jazz on Bernstein’s output.
Joan Enric Lluna, clarinet
Juan Carlos Garvayo, piano
Voro Bolón, cello
Toni García, double bass
Ignasi Doménech, drums 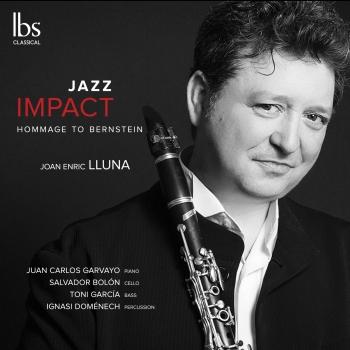 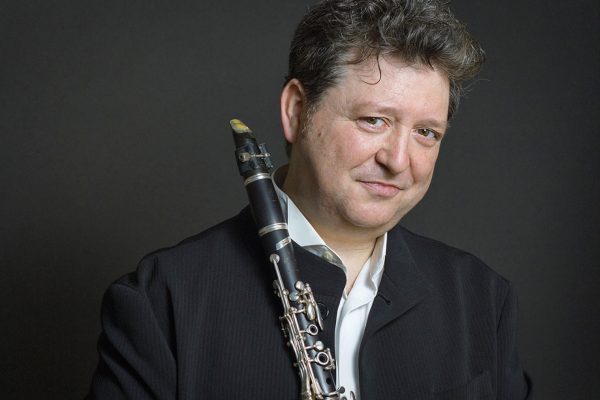 Joan Enric Lluna
one of Spain’s leading musicians, combines his work as a clarinettist with orchestral conducting and teaching.
His commitment to Chamber Music has taken him to perform regularly with string quartets such as the Alexander, Tokyo, Brodsky, or Jerusalem; to share trio with Tasmin Little and Martin Roscoe or Lluís Claret and Josep María Colom among others, and collaborate with first class international artists. His appearances at the City of London Festival, Festival Classique in The Hague, San Francisco Chamber Music series, Berlin’s Konzerthaus or the Liceo de Cámara in Madrid have been of special notice. Joan has premiered and commissioned a number of chamber works by composers like César Cano, J. Torres, I. Zebeljan’s , P. Barker, D. del Puerto and H. Khoury among others.
In 2005 Joan formed Moonwinds, and he directs since 2009 the International Festival “Residències de Música de Cambra” in Godella, Valencia (Spain).
As a soloist Joan has performed and recorded the clarinet concerto repertoire, and many composers have written new concertos for him, among them Sir John Tavener, Joan Guinjoan or César Cano. He premiered recently concertos by Jesus Torres and Isidora Zebeljan. His premieres of “Qualia” with the OCV and Zubin Metha and “Elogio del horizonte”, both by Sánchez Verdú were greatly acclaimed both in Madrid and Munich with the Bayerische Rundfunk.
Among his recordings are three of Mozart’s clarinet concerto, with Sir Neville Marriner (Trito), with the Bournemouth Sinfonietta and with Antony Pay and the ECO (Cala). He has recorded also with the Tokyo, Bordsky and the Alexander String Quartets. His interest in recovering and promoting Spanish music has produced 5 recordings, for Harmonia Mundi, Clarinet Classics and Tritó, the 2 last ones dedicated to Spanish composers in the exile of the Civil War. With Moonwinds Joan has recorded unknown divertimenti by Martin y Soler, as well as Mozart’s Gran Partita and wind Serenades and recently for IBS works for winds and harp by Spanish exiled composers.
Joan made his début as a conductor with several orchestras in Spain and the UK with great acclaim,and has performed as a conductor-soloist with orchestras as the Manchester Camerata, Orquestra de Cadaqués, Orquesta de Valencia, etc. Joan recently conducted 2 concerts celebrating the 30th anniversary of the Cadaqués Orchestra at the Palau de la Música with great succes. He has commitments as a conductor and soloist-conductor for the next two seasons along European orchestras. Joan was appointed in 2006 by Lorin Maazel principal clarinet of the Orquestra CV del Palau de les Arts Reina Sofía in Valencia. He was previously a member of the Bournemouth Sinfonietta, and principal guest in orchestras such as Royal Philharmonic, Academy of St. Martin-in-the-Fields, London Mozart Players, London Symphony, City of Birmingham, Chamber Orchestra of Europe, etc. He was a co-founder of the Cadaqués Orchestra, where he remains principal clarinet.
Joan teaches clarinet and chamber music at the Escola Superior de Música de Catalunya in Barcelona and Trinity College of Music in London. He is regularly invited to give master classes and recitals in major Music centres such as California State University, Royal College and Royal Academy in London or Royal Scottish Academy of Music in Glasgow.