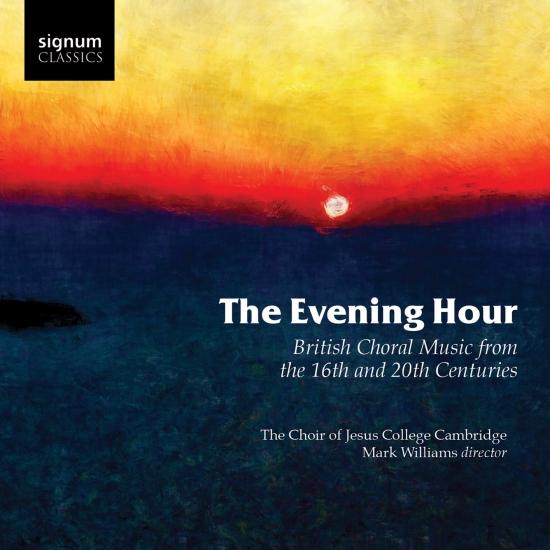 Info for The Evening Hour

The Choir of Jesus College Cambridge's new release on Signum blends a selection of ancient and modern works from the 16th and 20th Centuries, combining a selection of spiritual works on the theme of evening.
"A gorgeous blended sound… the atmospheric singing of the choristers is of a high standard" (Early Music Review)
"The choir have a delicacy and a musical responsiveness that’s particularly suited to this softer-edged programme of evening music" (Gramophone)
"As an unguent to tired limbs, is this gorgeously dreamy recital to the soul: calorific with comfort, it pleases with delightful contrasts, sensitive, sustained singing and shapely interpretations" (Choir & Organ)
"This program of mixed Renaissance and 20th century British choral music is similar in terms of repertoire to those of many other British cathedral choir releases, yet there are aspects that set it apart from the common run. First and foremost is the organization of the program around the evening hour. This may entail several types of music: pieces for evening liturgies as well as those more generally touching on the evening of a day or of a life. But the program maintains a consistent tone throughout: it is calm, devotional, rather melancholy, and after a while, considerable power coalesces. Variety is added by the combination of choirs: it's not clear from the packaging, but the Choir of Jesus College, Cambridge, comprises two subgroups, the all-male Chapel Choir and the mixed-gender College Choir, and these two groups perform separately and together. There's some unusual music on the 20th century end: you might sample the 1908 Evening Hymn (track nine) of Henry Balfour Gardiner, uncle to the indefatigable conductor John Eliot Gardiner. And finally there's the engineering work of the Signum team, working in the Jesus College chapel itself and exquisitely capturing the shades of sound here. A fine, genuinely reflective disc, highly recommended." (James Manheim, AMG)
The Choir of Jesus College Cambridge
Mark Williams, director 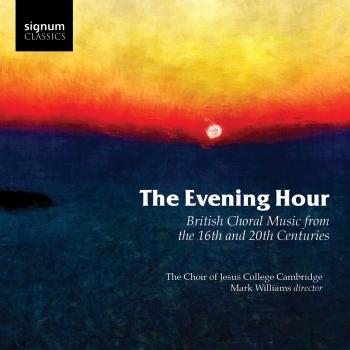 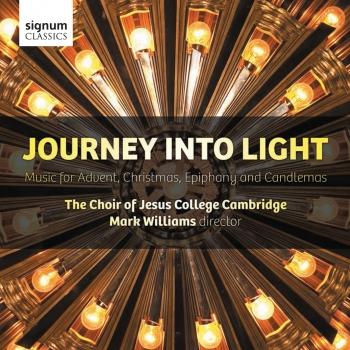