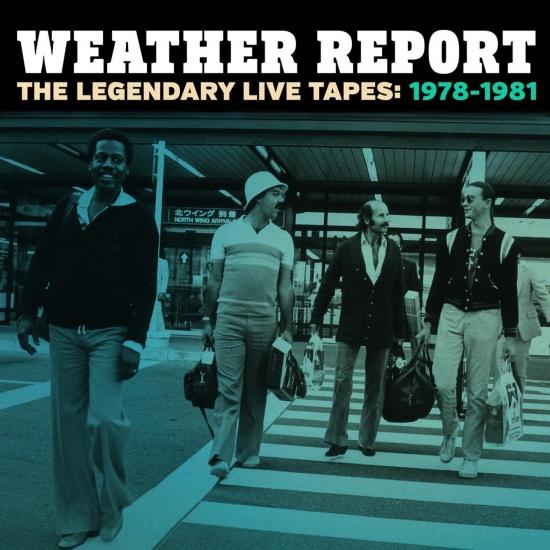 Recorded 'completely, totally, unapologetically and insanely live' during Weather Report's mythic concert heydays from 1978-1981, The Legendary Live Tapes showcases the group's classic line-up of Joe Zawinul (keyboards), Wayne Shorter (saxophone), Jaco Pastorius (electric bass), Peter Erskine (drums) and Robert Thomas, Jr. (Hand Drums) at the peak of their collective powers.
This essential Weather Report collection of previously unreleased performances has been meticulously assembled, curated and produced by Peter Erskine and Tony Zawinul (son of the late Joe Zawinul, Tony is a co-founder of The Weather Report Legacy Project and director of 'THIS IS THIS,' a Weather Report documentary film currently in Production).
Weather Report was originally formed in 1970 by Joe Zawinul (3-time GRAMMY Award winner and whose prior credentials included his profoundly influential musical contributions to the Miles Davis albums In A Silent Way and Bitches Brew) and Wayne Shorter (a 10 time Grammy Award winner who'd served as a primary composer for Art Blakey's Jazz Messengers and an essential player in Miles Davis' Second Great Quintet). An active ensemble for 16 years (1970-1986), Weather Report moved freely across a variety genres, blending free jazz with tightly structured compositions, introducing elements of rock and funk and electronica into a multicultural world music that defied precedent and categorization. 'We don't fuse nothin',' Zawinul said, 'we just play from the heart.' And yet, Weather Report inspired a revolution in jazz fusion music during the 1970s and 1980s.
When electric bass virtuoso Jaco Pastorius joined the Weather Report lineup in 1976, the group's sound evolved into even more adventurous and pioneering directions. The ensemble landed a crossover hit, 'Birdland,' in 1977. Drummer Peter Erskine joined in 1978 with Weather Report expanding into a formidable electric quintet with the addition of percussionist Robert 'Bobby' Thomas, Jr. in 1980.
Performance high-points from these quartet and quintet lineups are chronicled in Weather Report: The Legendary Live Tapes: 1978-1981 and have been sourced from never-before-heard (outside the band) soundboard tapes recorded by Weather Report's longtime mixing engineer Brian Risner, and bootleg recordings from the audience. Rather than attempt to recreate the ebb and flow of a Weather Report set list of the era, The Legendary Live Tapes presents a variety of key individual performances, each of them capturing the unique and dazzling musical directions Weather Report was capable of achieving.
Joe Zawinul, keyboards
Wayne Shorter, saxophone
Jaco Pastorius, electric bass
Peter Erskine, drums
Robert Thomas, Jr., hand drums
Produced by Peter Erskine und Zawinuls Sohn Tony
Please Note: We offer this album in its native sampling rate of 48 kHz, 24-bit. The provided 96 kHz version was up-sampled and offers no audible value! 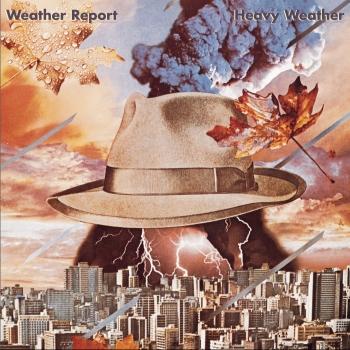 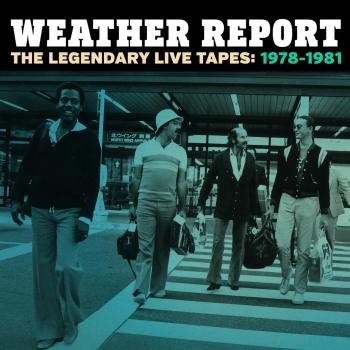 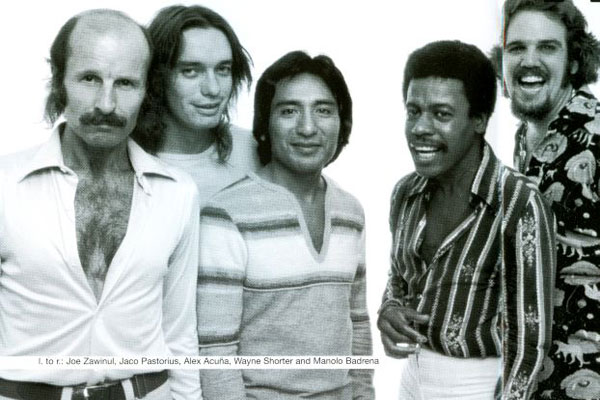 Weather Report
started out as a jazz equivalent of what the rock world in 1970 was calling a "supergroup." But unlike most of the rock supergroups, this one not only kept going for a good 15 years, it more than lived up to its billing, practically defining the state of the jazz-rock art throughout almost all of its run. Weather Report also anticipated and contributed to the North American interest in world music rhythms and structures, prodded by keyboardist/co-founder Joe Zawinul. And WR, like many of jazz's great long-lived groups, proved to be an incubator for several future leaders who passed in and out of the band in a never-ending series of revolving-door personnel changes.
The original members of the band were Zawinul, Wayne Shorter (saxophones), Miroslav Vitous (electric bass), Airto Moreira (percussion) and Alphonse Mouzon (drums), with only Zawinul and (until 1985) Shorter remaining in place throughout the band's lifespan. Zawinul, Shorter and Moreira all had experience playing in and influencing the studio and live electric bands of Miles Davis -- and at first, WR was a direct extension of Miles' In a Silent Way/b****es Brew period, with free-floating collective improvisation and interplay, combining elements of jazz, rock, funk, Latin and other ethnic musics.
With the release of Sweetnighter in 1972, Zawinul's influence upon the band's direction began to deepen; the groove became more important, structures were imposed upon the material (though the group continued its freewheeling interplay in live gigs).
When the innovative bassist Jaco Pastorius replaced Alphonso Johnson in 1976, WR entered its most popular phase, with Pastorius becoming a flamboyant third lead voice, Shorter's sax receding into more epigrammatic form, and Zawinul rediscovering his commercial touch and sharpening his electronic sophistication. The best-selling Heavy Weather album (1977) actually served up a hit song that became a jazz standard ("Birdland"), and with the entry of Peter Erskine on drums (1978), the group finally had a stable lineup for awhile. Contrary to accepted wisdom, the departures of Pastorius and Erskine in 1982 led to a recharging of WR's batteries; their replacements Victor Bailey (bass), Omar Hakim (drums), Jose Rossy and later, Mino Cinelu (percussion) were more amenable to Zawinul's deepening inclinations for Third World rhythms, sounds and textures.
This edition of WR rattled off three more albums, including the outstanding Procession. But Shorter, who had gradually ceded nearly total artistic control to Zawinul, was getting restless; he took a leave of absence in 1985 and later that year, left WR for good.
This Is This (1985), in which Erskine returns and Shorter plays only a limited role, was WR's swan song. Zawinul would tour in 1986 with a revamped version called Weather Update (a prelude to the keyboardist's own Zawinul Syndicate), and there was talk in 1996 about Zawinul and Shorter reuniting in the studio for a new edition of WR, but Zawinul later deflated the speculation. (Richard S. Ginell, All Music Guide)