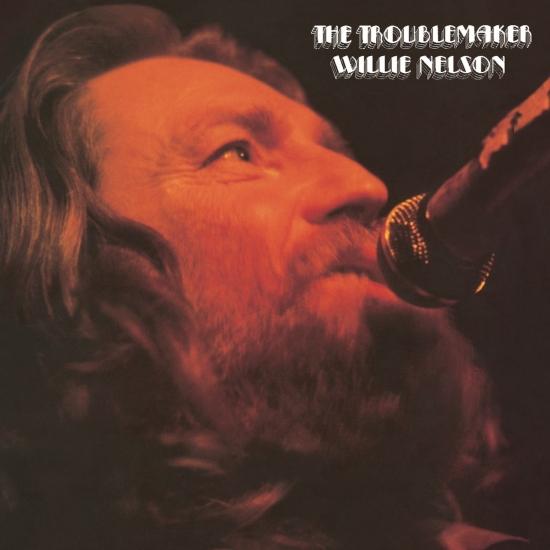 Info for The Troublemaker

Willie Nelson has a reputation as an outlaw, and his fabled brushes with law and order are a part of the public record, so from its title, one might suspect that 1976's „The Troublemaker“ is chock-full of songs about getting into trouble. But one would be wrong. There is no 'Whiskey River' here. In fact, the record's lone rebel song is the haunting, spare title track, whose central character is 'nothin' but the troublemakin' kind,' and ends up nailed to a cross at Calvary.
This is a sincerely religious record. Typical song titles are: 'When the Roll Is Called Up Yonder' and 'Where the Soul Never Dies.' Sin, salvation, and eternal life are recurring themes. And yet, because Nelson has a way of making anything he touches his own, this album can be enjoyed simply on its musical merits. The songs themselves--some traditional, some not--have the familiarity of psalms--country-inflected, extremely hummable psalms. 'Will the Circle Be Unbroken' will be familiar to many, and 'Uncloudy Day' went to number four on the country and western charts, but after one listen, you'll know the chorus to nearly all of these stirring tunes.
'Nelson and crew certainly succeeded....Sister Bobbi's piano tinklings singularly place these proceedings in a bleached-white, clapboard church standing on the hot Texas plains.' (Dirty Linen)
Willie Nelson, guitar, vocals
Paul English, drums
Larry Gatlin, guitar, vocals
Jeff Gutcheon, organ
Dee Moeller, vocals
Bobby Nelson, piano
Doug Sahm, fiddle, vocals
Sammi Smith, vocals
Dan Spears, double bass
Jimmy Day, pedal steel guitar
Recorded February 1973 at Atlantic Recording Studios, New York City, NY
Produced by Arif Mardin
Digitally remastered