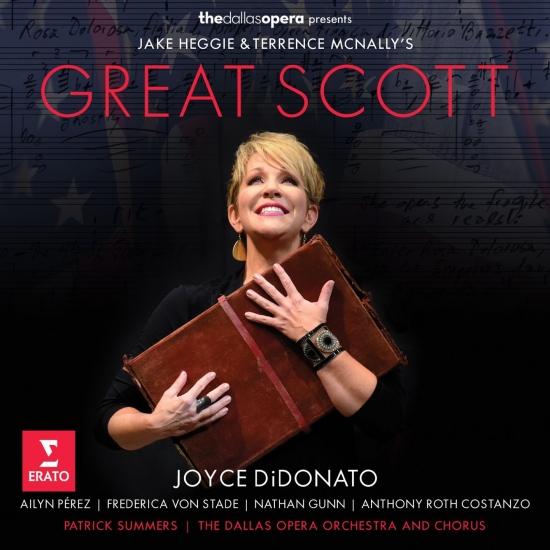 In Great Scott, the Kansas-born mezzo-soprano, one of today’s best-loved classical singers, creates a role conceived specifically with her in mind. The character she plays, Arden Scott, just happens to be an opera star, and she is the lynchpin of what Fred Plotkin of WQXR, the USA’s leading classical music radio station, welcomed as a “deeply moving and musically brilliant work” that “should enter the standard repertory just as Heggie’s two previous masterpieces – Dead Man Walking and Moby-Dick – already have”.
Jake Heggie, who has been described as US opera’s most successful composer, chose the celebrated playwright Terence McNally as his librettist for Great Scott. The two previously collaborated on the gripping Dead Man Walking, which has become something of a modern classic since its premiere in 2000. Joyce DiDonato first performed its central role, Sister Helen Prejean, at New York City Opera in 2002 and will do so again in concert stagings in London and Madrid in January/February 2018, coinciding with the album release of Great Scott.
Joyce DiDonato (Arden Scott)
Ailyn Pérez (Tatyana Bakst)
Frederica von Stade (Winnie Flato)
Nathan Gunn (Sid Taylor)
Anthony Roth Costanzo (Roane Heckle)
Kevin Burdette (Eric Gold/Vittorio Bazzetti)
Rodell Rosel (Anthony Candolino)
Michael Mayes (Wendell Swann)
Dallas Opera Orchestra
Patrick Summers, Dirigent 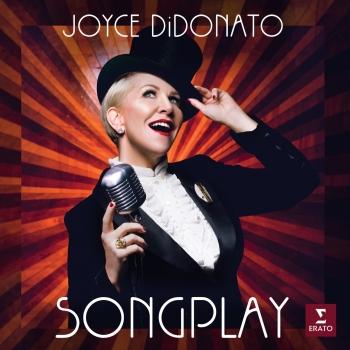 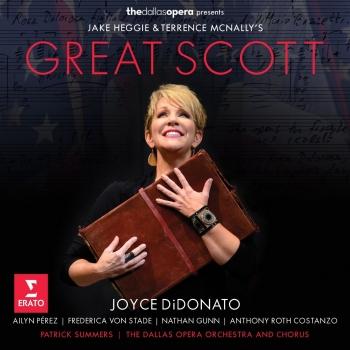 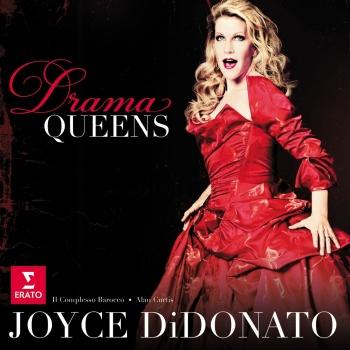 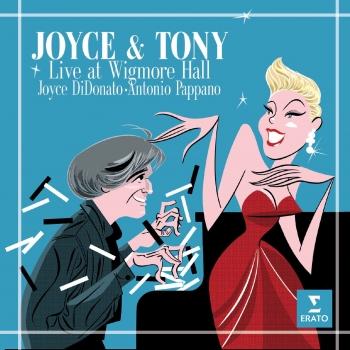 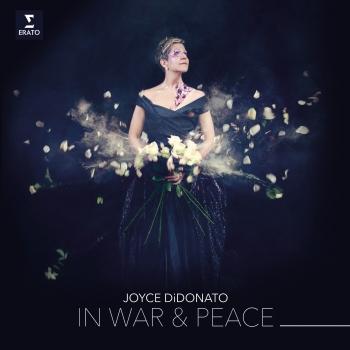 In War & Peace - Harmony through Music 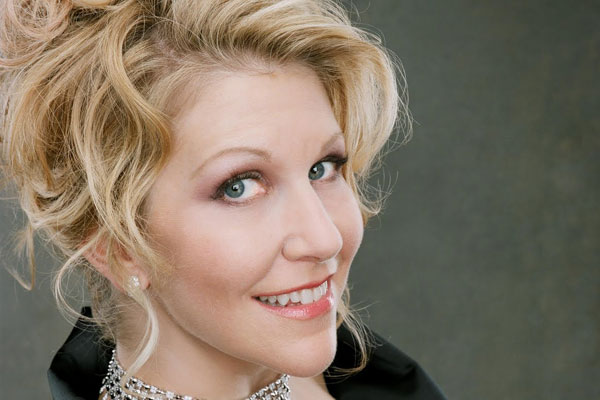 Joyce DiDonato
Winner of the 2012 Grammy Award for Best Classical Vocal Solo, Kansas-born Joyce DiDonato entrances audiences and critics alike across the globe, and has been proclaimed ‘perhaps the most potent female singer of her generation’ by The New Yorker. With a voice ‘nothing less than 24- carat gold’ according to the Times, DiDonato has soared to the top of the industry as both a performer and a fierce arts advocate, gaining international prominence in operas by Rossini, Handel and Mozart, as well as through her wide-ranging, acclaimed discography. Her signature parts include the bel canto roles of Rossini, leading the Financial Times to declare her Elena La Donna del Lago, ‘simply the best singing I've heard in years’.
Much in demand on the concert and recital circuit, DiDonato holds residencies this season at both the Carnegie Hall, New York and the Barbican Centre, London. Recently she completed an acclaimed recital tour of South America, and has appeared in concert and recital in Berlin, Vienna, Milan, Toulouse, Mexico City and Aspen, in addition to appearing as guest singer at the BBC’s Last Night of the Proms at the Royal Albert Hall, London.
In opera she appeared last season as Cendrillon at the Liceu Barcelona, Sesto La Clemenza di Tito at the Lyric Opera Chicago, Angelina La Cenerentola at the Metropolitan Opera, and the title role of Donizetti’s Maria Stuarda at the Royal Opera House. Highlights this season include Romeo I Capuleti e i Montecchi in her native Kansas City, Elena La donna del lago at the Metropolitan Opera, Maria Stuarda in Barcelona, the title role of Alcina with the English Concert, and Marguerite La damnation de Faust with the Berlin Philharmonic and Sir Simon Rattle.
An exclusive recording artist with Erato/Warner Classics, DiDonato’s most recent recording, Stella di Napoli, is a sumptuous bel canto banquet including little-known gems alongside music by Bellini, Rossini and Donizetti. Her Grammy-Award-winning recording Diva Divo comprises arias by male and female characters, celebrating the rich dramatic world of the mezzo-soprano. The following recording Drama Queens was exceptionally well received, both on disc and on several international tours. A retrospective of her first ten years of recordings entitled ReJoyce! was released last year.
Other honours include the Gramophone Artist of the Year and Recital of the Year awards, a German Echo Klassik Award as Female Singer of the Year, and an induction into the Gramophone Hall of Fame.
Antonio Pappano
Currently Music director of the Royal Opera House, Covent Garden and the Orchestra of the Accademia Nazionale di Santa Cecilia in Rome, Antonio Pappano was born in London of Italian parents. At the age of 13 he moved with his family to the United States, where he continued his studies in piano, composition and conducting. Work as a repetiteur and assistant conductor rapidly led to his engagement in theatres throughout the world: New York City Opera, Gran Teatro del Liceu (Barcelona), Frankfurt Opera, Lyric Opera of Chicago and the Bayreuth Festival, where he was assistant to Daniel Barenboim for Tristan und Isolde, Parsifal and the Der Ring des Nibelungen.
In 1987 Pappano made his debut as an opera conductor with La Bohème at Den Norske Opera in Oslo and was appointed Music Director there in 1990. During this period, he also made his conducting debuts at Covent Garden (La Bohème, June 1990), English National Opera, San Francisco Opera, Lyric Opera of Chicago, Théâtre du Châtelet and Berlin Staatsoper.
At the age of 32 Pappano was named Music Director of the Théâtre Royal de la Monnaie and remained in this post for ten years. In 1993, Pappano made a notable debut at the Vienna Staatsoper, replacing Christoph von Dohnànyi at the last minute in a new production of Wagner’s Siegfried, for which he received unanimous acclaim. He made his debut at the Metropolitan Opera, New York, in 1997 with a new production of Eugene Onegin and in 1999 at the Bayreuth Festspiele conducting a new production of Lohengrin. From 1997 – 99 he was Principal Guest Conductor of the Israel Phiharmonic Orchestra.
Pappano has also conducted the Chicago Symphony, the Philadelphia Orchestra, the Cleveland Orchestra, the Boston Symphony, the New York Philharmonic Orchestra, the London Symphony Orchestra, the Philharmonia Orchestra, the Vienna Philharmonic, the Münchner Philharmonie, the Berlin Philharmonic Orchestra, the Royal Concertgebouw Orchestra and the Orchestra de Paris.
He has recorded Don Carlo for EMI Classics (CD and DVD, which received the “Performance of Year Award” from Gramophone) as well as La Bohème, Guillaume Tell, La Rondine (awarded Best Recording of the Year by Gramophone Magazine), Il Trittico, Massenet’s Werther and Manon, Madama Butterfly, Tosca, Il Trovatore, Tristan und Isolde and the Verdi Requiem. His orchestral recordings with the orchestra of Santa Cecilia include Tchaikovsky Symphonies 4, 5 & 6 and Respighi’s Roman Trilogy, Rossini’s Stabat Mater (“Editor’s Choice Award” from Gramophone) and he has also partnered Hanna Chang, Leif Ove Andsnes and Maxim Vengerov in concerto recordings and Ian Bostridge in recital. Antonio Pappano’s Roman orchestra, the Academia di Santa Cecilia, have won Critics’ Choice at the Classical BRIT Awards for their recording of the Verdi Requiem. A more complete discography can be found on the IMG Artists website.
He was awarded ‘Artist of the Year 2000’ by Gramophone, the 2003 Olivier Award for Outstanding Achievement in Opera and the Royal Philharmonic Society Music Award 2004. In May 2012 Antonio Pappano was made a Cavaliere di Gran Croce by of the Republic of Italy. He was recently awarded the Bruno Walter prize by the Académie du Disque Lyrique in Paris.
In recent seasons, Antonio Pappano made his operatic debut at the Salzburg Festival (Don Carlo) and the Teatro alla Scala (Les Troyens) as well as new productions of Parsifal, Les Vêpres Siciliennes and Manon Lescaut at the Royal Opera House.
This coming season, he conducts both the London Symphony Orchestra and the Accademia di Santa Cecilia on tours in Europe and Japan. At the Royal Opera House, he conducts new productions of Guillaume Tell and King Roger.
In January 2012 Antonio Pappano received a Knighthood for his services to music.