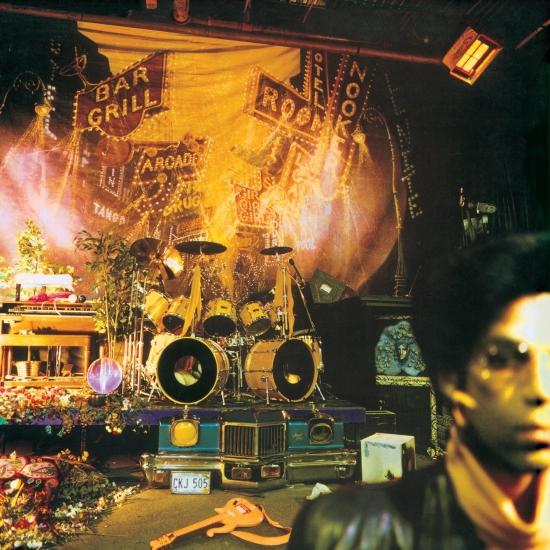 An album that truly needs no introduction, Prince’s 1987 classic Sign O’ The Times is a true masterpiece of R&B, achieving huge critical recognition at the time and remaining revered to this day. Now comes a long awaited remaster, by the original Prince mastering engineer, Bernie Grundman.
While it’s tempting to denote any period of Prince’s recording career as “prolific,” the material that would become Sign “O” The Times is almost universally beloved by fans and critics alike for its ambition and sheer creativity. In the spring of 1986, even before the release of Prince’s film Under The Cherry Moon and companion album Parade, he was beginning to assemble a fourth Prince and The Revolution album. Provisionally titled Dream Factory, it featured upbeat pop/rock in the vein of Around The World In a Day (1985) and Parade (“Starfish and “Coffee,” “I Could Never Take The Place Of Your Man”), swinging funk numbers (“Dream Factory,” “Witness 4 The Prosecution”) and minimalist, introspective cuts (“Sign ‘O’ The Times,” “Crystal Ball,” “The Cross”).
Things changed when The Revolution’s guitarist and keyboardist duo, Wendy Melvoin and Lisa Coleman, split from the group. Though they were convinced to come back for one last tour of Europe and Japan in the summer of 1986, Prince fired nearly the entire group afterward (save keyboardist Matt Fink) and started reconfiguring Dream Factory with tracks cut over the fall of that year. Retitled Crystal Ball, it was submitted to Warner Bros., who balked at the album’s six-sided sequence after sales of Parade failed to meet the label’s expectations. After considering a shorter album of some of the tracks recorded as “Camille,” a female alter ego created by speeding up some of Prince’s vocals (“Housequake,” “Strange Relationship,” “If I Was Your Girlfriend”), Prince eventually cut Crystal Ball down to two records and released it as Sign “O” The Times.
Despite the album’s complex gestation, Sign was universally praised and an international bestseller. It topped the Village Voice‘s annual year-end Pazz & Jop album and singles poll – reportedly one of the most unanimous winners of any year – and has since placed high on best-albums lists by Rolling Stone, NME and Time Out. Three of its singles reached the Top 10 in America: the socially-conscious title track, the danceable “U Got The Look” (a late entry on the album, cut as a duet with Sheena Easton) and the power-pop rave “I Could Never Take The Place Of Your Man.” Prince took a new band (including Fink and Boni Boyer on keyboards, guitarist Mike Weaver, bassist Levi Seacer, Jr., drummer Sheila E., singer/dancers Cat Glover, Greg Brooks and Wally Safford, and the horn section of Eric Leeds and Atlanta Bliss) to Europe to promote the album. Part of that tour was filmed and released as the Sign “O” The Times concert film at the end of 1987.
Prince, lead vocals and various instruments
Wendy Melvoin, guitar and backing vocals (7), tambourine and congas (12, 15)
Lisa Coleman, backing vocals (7), Fairlight sitar and wooden flute (12), keyboards and backing vocals (15)
Sheila E., drums and percussion (10), percussion and rap (15)
Dr. Fink, keyboards (15)
Miko Weaver, guitar (15)
Brown Mark, bass (15)
Bobby Z., drums (15)
Eric Leeds, saxophone (3, 7, 8, 15, 16)
Atlanta Bliss, trumpet (3, 7, 15, 16)
Susannah Melvoin, backing vocals (2, 4, 6), vocals (15)
Jill Jones, vocals (15)
Sheena Easton, contributing artist (10)
Clare Fischer, string arrangements
Digitally remastered by Bernie Grundman