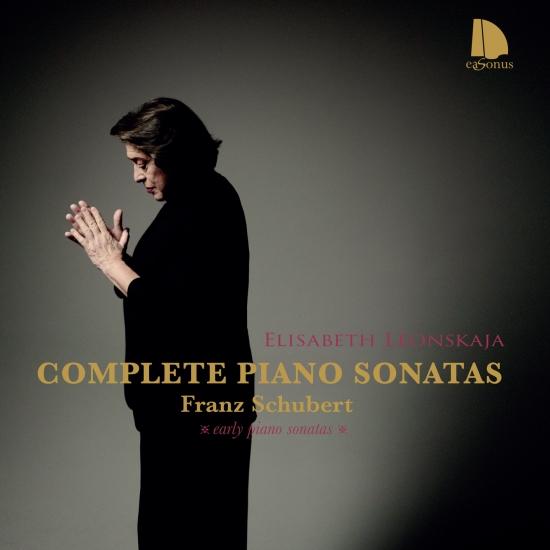 Elisabeth Leonskaja feels life, people and music intuitively. Long standing friendships and continuous work on certain repertoire, like the Schubert Piano Sonatas, define the essence of her being. She doesn't give up and looks for answers only in herself. Just like life, music is a pilgrimage. There is a spiritual goal and one should keep an open heart and listen to one's own intuition, in order to advance, stay inwardly healthy and grow on this path. For her 70th birthday, eaSonus releases Leonskaja’s Schubert of today. Her Schubert breaths and conveys five decades of presence on stage, during which she always felt a great responsibility to her public. The big book format of this release (280mm/280mm) contains 4 Audio CDs with the last eight piano sonatas (D 784 till D 960), a Bonus DVD with a Mozart/Grieg two pianos program, in Memoriam and together at the piano with Sviatoslav Richter and a book with texts and 65 personal photographs about her life, her path in music and her thoughts about music, about Schubert as well as about Richter, her role model and friend.
It is with great happiness that we accompany Elisabeth Leonskaja’s pilgrimage and hope very much that this birthday present will make many even happier.
Elisabeth Leonskaja, piano