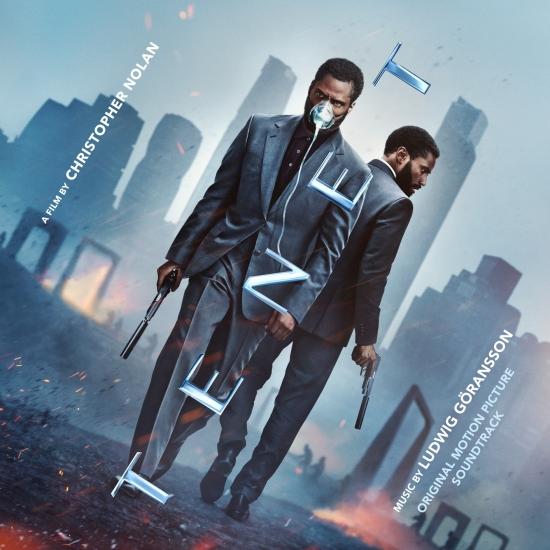 The 18-track offering runs one hour and 26 minutes and ends with Travis Scott’s “The Plan” single. The project opens up with an ominous take on an orchestra tuning their respective instruments as if it were the beginning of a play on the eight-minute intro “RAINY NIGHT IN TALLINN.” Goransson uses everything at his disposal from futuristic upbeat electronica to more traditional piano keys drums from around the world and across genres. Each track crescendos with anxiety and the pacing fitting for an action movie of this magnitude.
“The score is full of inverted sounds and illusions," says Göransson. "I spent a great deal of time taking familiar sounds and manipulating them -- both organically and digitally -- so that they reflected the complex world of Tenet. I wanted to find themes with melodies, textures and rhythms that were reminiscent of the past yet fitting for the future; sounds that stood out on their own but also truly worked in inverted ways, to reflect the surrealism and unease of the scenes where the laws of physics change to allow sets and characters to move and speak in that strange, unsettling inverted way. One of the biggest challenges for me in writing this score was figuring out how to provide a musical roadmap for audiences as they experience something so conceptually ambitious and technically complex.”
The score also features Travis Scott on "The Plan," a collab between the rapper and Göransson which ended up becoming a lot more than just an end credits song. Nolan explains: "One of Ludwig’s suggestions was to bring in Travis Scott, show him the film and get his insight," says Nolan. "Travis watched the film and really connected with it and in the end we wound up layering his voice into various elements of the soundtrack, which became the final piece of this puzzle that we’d been working on for so long.“
Göransson adds, “When I watched the movie in its entirety, I started to feel that the end needed a new voice to reflect the culmination of the Homeric journey we’ve just experienced. Conceptually, Travis Scott’s artistic voice is very much in step with the sound palette we had created for Tenet, and I felt that he and Chris might almost be kindred spirits when it comes to creating fully realized worlds with music and visuals. Travis became one of the first people in the world to see the film, and his observations of the experience were exactly what Chris was looking for. His song is such a perfect fit for the movie that Chris and I asked if we could weave a short snippet of his vocal into the score at various points throughout the film.”