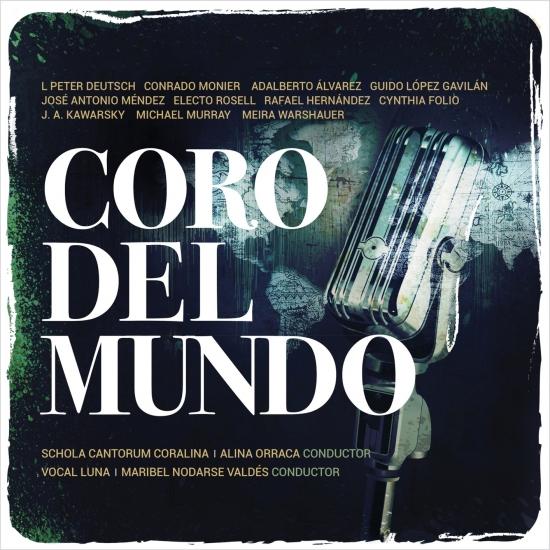 Continuing in the series of Cuban recorded Ansonica Records projects comes Coro Del Mundo – choir of the world. With tracks ranging from sacred to secular, and from delicate to aggressive, the surprising cohesiveness of the composers’ work is astonishingly beautiful and impassioned. Schola Cantorum Coralina and Vocal Luna contribute exquisite vocals to the proceedings. L Peter Deutsch’s Dance to the Revolution, takes inspiration from the writing of Emma Goldman. The composer explains, “what drew me to her writing was her inclusion of interpersonal relationships, not only political or economic ones, in the vision of ideal society.” Deutch’s Where Everything is Music transports the listener to Havana. Conrado Monier’s Gozando’s En La Habana received mention in the Choral Music Contest sponsored by the Cuban Agency of Musical Copyright and the Cuban Music Institute. Monier’s second composition on Coro Del Mundo, Gozando En La Habana, is an a capella tour de force effortlessly conjuring up the sights and sounds of the City of Columns. Cuban composer and conductor Guido López-Gavilán’s Qué Rico É! is a shimmering choral mambo that leaves the listener breathless. Vocal Luna’s contribution to Coro Del Mundo is profound. On Cemento Ladrillo Y Arena, Murmullo, and Silencio their voices range from brassy brilliance to delicate, angelic whispers. Nowhere is this more apparent than their performance of Cynthia Folio’s four-part piece At the Edge of Great Quiet. J.A. Kawarsky’s Sacred Rights, Sacred Song also shines with Vocal Luna’s participation. Sacred Rights, Sacred Song, a multi-movement piece, envisions Israel as a healthy Jewish democracy in which the spiritual civil rights of all Jews are protected. Michael Murray’s El Lunar, based on a poem by Juan Clemente Zenea, depicts the adoration of a beautiful woman. Caminando, based Nicolás Guillén’s poem focuses on the extreme poverty and scarcity faced by many Cubans in the 1930’s. The extraordinary desperation and bleakness Guillén depicts is emphasized by the implication of cannibalism toward the end of the piece. Both of Murray’s pieces are lush with solemn, hypnotic tone. Meira Warshauer’s We Are Dreamers is an adaptation of the Jewish psalm Shir Hamalot. With its blend of religious and cultural influences, Coro Del Mundo is proof that different faiths and beliefs can sit together comfortably at the same musical table.
Vocal Luna
Maribel Nodarse Valdes, vocals