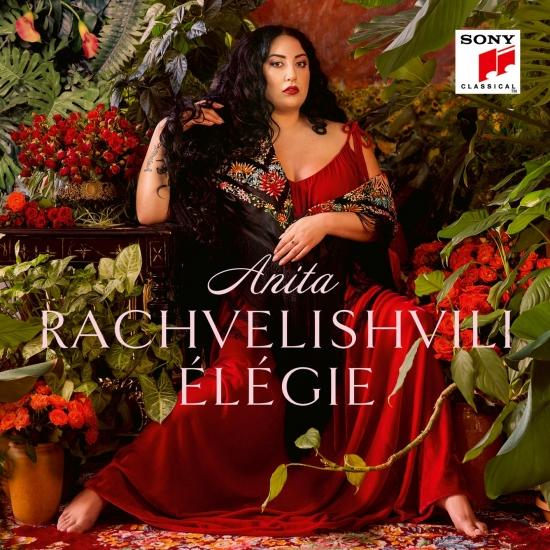 Released on the 'Sony Clasical' label - "Élégie" is the second album from Anita Rachvelishvili, showcasing her in the song repertoire to which she has a special connection despite being best known as a star of the world's greatest opera houses. Accompanied by acclaimed pianist Vicenzo Scalera, this album reveals another side to the Georgian singer; the repertoire is notable for its variety featuring five languages (Russian, Georgian, Italian, French and Spanish) and, correspondingly, five very different repertoire traditions. One of the fastest rising opera stars of recent years and winner of ‘Best Singer’ at the 2020 Oper! Awards, Anita has been described as Riccardo Muti as “without doubt the best Verdi mezzo-soprano today on the planet”. Echoing her debut album of operatic arias on Sony, she introduces listeners to a great if internationally neglected Georgian composer, in this case Otar Taktakisvili, heard in The Sun of October, a setting of the distinguished Georgian poet Galaktion Tabidze, as well as Rachmaninov's setting of the Pushkin poem Oh never sing to me again and Tchaikovsky's None but the lonely heart. "I really love this repertoire. It gives one more colours and more possibilities for expressing emotions with the voice", says Anita Rachvelishvili. During Covid-19, she has remained in demand whether appearing in the Metropolitan Opera's online At Home Gala or live with Greek National Opera in Athens. But in a year dominated by isolation, this album (recorded in her home city of Tbilisi just a few weeks before the shutters came down) shows that there is beauty in musical introspection.
Anita Rachvelishvili, mezzo-soprano
Vincenzo Scalera, piano 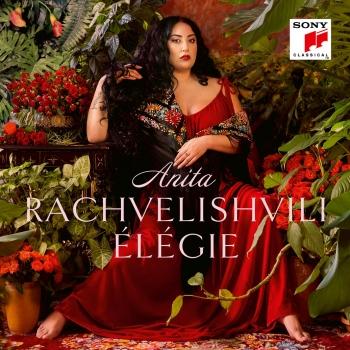 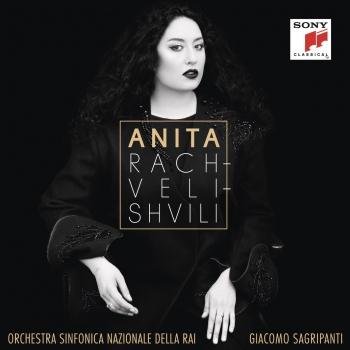 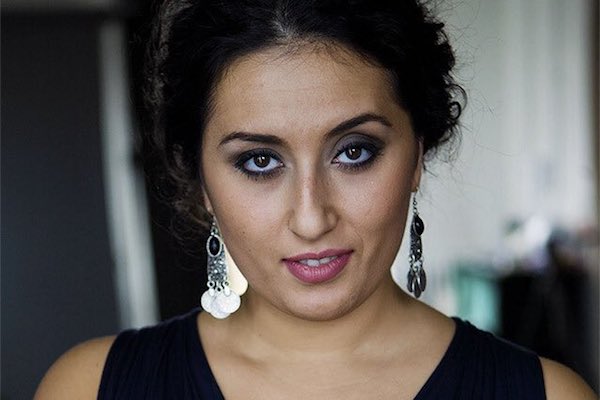 Anita Rachvelishvili
was born in Tbilisi, the capital of Georgia. She at first studied piano at the Mukhran Machavariani School and then singing at the Vano-Sarajishvili Conservatory with Manana Egadze. She received a stipend from the president of Georgia, Mikheil Saakashvili, and in 2007 won the Paata Burchuladze Prize. While still a student at the conservatory, she debuted at the Opera in Tblisi as Maddalena in Rigoletto and as Olga in Eugen Onegin, subsequently joining the ensemble of the theater in the fall of 2006. In 2007 she was invited to join the Accademia at the Teatro alla Scalla, it was there she was heard by Daniel Barenboim, who then invited her to star in the new production of Carmen which opened the 2009/2010 La Scala Season.
She became internationally known when on December 7th, 2009, the opening night of the La Scala season, she sang the title role in Carmen opposite Jonas Kaufmann as Don José, in a production staged by Emma Date and conducted by Daniel Barenboim. This performance, which was her first of any major role in the West and which was her debut in the role, was also televised all over the world.
She has since debuted as Carmen at the Metropolitan Opera in New York, at the Deutsche Oper Berlin, the Bayerische Staatsoper München, the Staatsoper Berlin, the Seattle Opera, the San Francisco Opera, the Teatro Regio in Turin, with the Canadian Opera Company, and at the Arena di Verona, as well as making a return in the role to the Teatro alla Scala.
Anita Rachvelishvili made her Netherlands debut when she sang her first Dalila in a concert performance of Samson et Dalila at the Concertgebouw. She has also been heard Dulcinée in Massenet’s Don Quichotte at the Teatro Lirico di Cagliari.
In the fall of 2011 Anita Rachvelishvili debuted at Carnegie Hall alongside Angela Gheorghiu and Jonas Kaufmann as the Principessa di Bouillon in Francesco Cilea’s Adriana Lecouvreur. Other roles in her repertoire have also included Isabella in Rossinis L’Italiana in Algeri at the Scala, and the title role in Gluck’s Orfeo ed Euridice and at the Festival de Peralada I.
Anita returned to the Staatsoper Berlin in as Lyubasha in the new production of Rimsky Korsakov’s The Tsar’s Bride, staged by Dmitry Cherniakov and conducted by Daniel Barenboim.
Performances for the 2013/2014 season include appearing as the Konschakowna in the Metropolitan Opera’s new production of Borodin’s Prince Igor which was the first time the company had performed this work since 1917.
Anita also made her debut at the Teatro all’Opera di Roma as Carmen, and returned to the Bayerische Staatsoper in Munich in the same role. Earlier in the season, she sang as Carmen at the Staatsoper Berlin and at the Royal Opera House Covent Garden. She also returned to the Arena di Verona that season as Carmen and as Amneris in Aida.
The 2014/2015 season began with a return to the Metropolitan Opera in the title role of Carmen. She also returned to the Teatro alla Scala for a new production of Aida led by Lorin Maazel. She returned to the Teatro alla Scala as Carmen, she sang as Amneris in Aida at the Rome Opera, and gave an extraordinary recital at the Mariinsky Theatre. Anita also performed Verdi Requiem at the Salzburg Easter Festival..
This season, her appearances include her return to Teatro alla Scala in performances of the Verdi Requiem, the Royal Opera House Covent Garden in the title role of Carmen, the Dutch National Opera in the role of Marfa in Mussorgsky’s Khovanshchina and her debut with the Paris Opera as Amneris in Aida.
Engagements in future seasons include her Paris Opera debut as Amneris in “Aida”, “Samson et Dalila” in Berlin and Sao Paulo, and Azucena in “Il Trovatore” at Covent Garden.