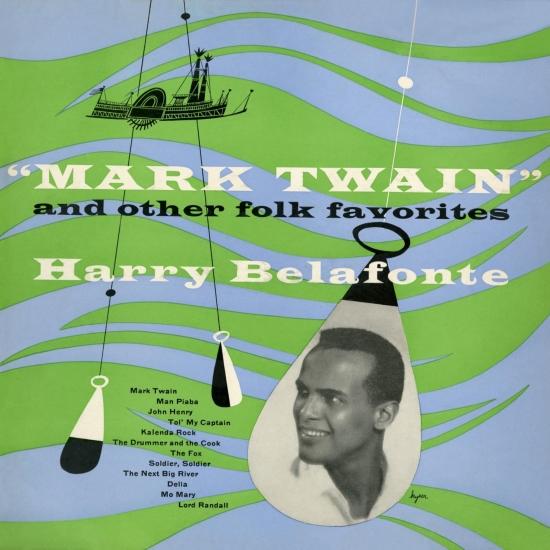 Info for 'Mark Twain' and Other Folk Favorites (Remastered)

„Harry Belafonte's first album features a solid variety of songs from American folk tradition, learned during his studies of folk music at the Library of Congress in the early 1950s. He had signed with RCA Victor in 1952, recording a series of well-received singles. Belafonte's new-found love for music of the West Indies can be found in songs such as "Man Piaba" (which he wrote) along with songs from English and Scottish tradition such as "Lord Randall" and "The Drummer & the Cook." Songs from African-American tradition include the chain gang song "Tol' My Captain" and the ubiquitous "John Henry." Mark Twain was a good initial effort, but Belafonte's repertoire and delivery would get stronger with the next album.“ (Cary Ginell, AMG)
Harry Belafonte, vocals
Millard Thomas, guitar
Orchestra and chorus supervised by Hugo Winterhalter
Recorded April 9, 22 & 29 and May 13, 1954 at RCA Victor's Manhattan Center and 24th Street Studios, New York
Produced by H. Winterhalter, Henri René, Jack Lewis, Joe Carlton
Digitally remastered