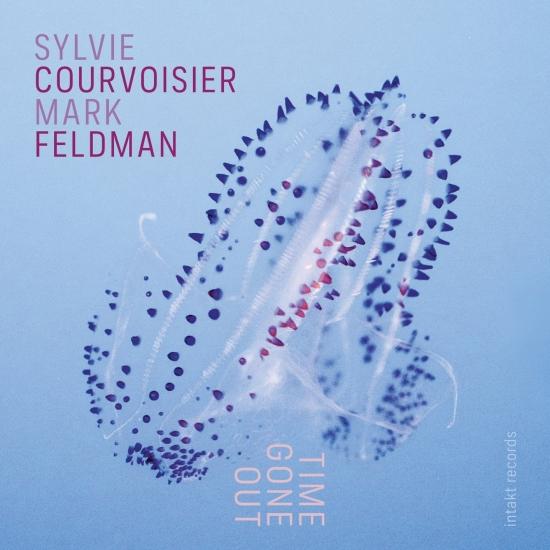 Info for Time Gone Out

For almost 20 years, Sylvie Courvoisier and Mark Feldman have been continuously redefining the dialogue between Western and American music, improvisation and composition, tradition and modernity.
The most diverse playing attitudes and atmospherics network in the alert reactions of the two players – dance, world-weariness, liberating noise, shrill jumping cascades, the confession of simple beauty.
Their latest live release was described by the Frankfurtr Allmeinen Zeitung (FAZ) as one of the "original productions in jazz history". A duo that stands or falls with a special togetherness and a duo that lives from the spectacular playing, the immense technique, the grandiose joy of playing and the art of improvisation.
The new album Time Gone Out, recorded at the Oktaven Audio studio in New York, is a culmination of many years of collaboration. The album shows how her music has freed itself from any reference and plays in radical singularity: between power and restraint, energy and fragility, energie and softness. This precious art speaks in the present about the present, about our time and wanders into a distant, unpredictable future.
Sylvie Courvoisier, piano
Mark Feldman, violin
Recorded on September 29, 2018, by Ryan Streber at Oktaven Audio, Mt Vernon, NY
Mixed on December 27, 2018 by James Farber at Sear Sound Studio, New York City
Mastered by Scott Hull
Produced by Mark Feldman, Sylvie Courvoisier and Intakt Records 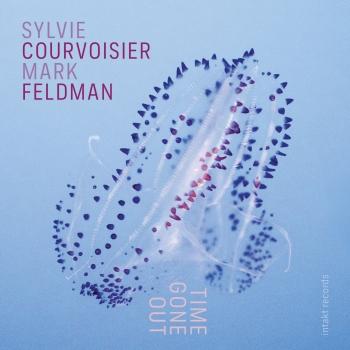 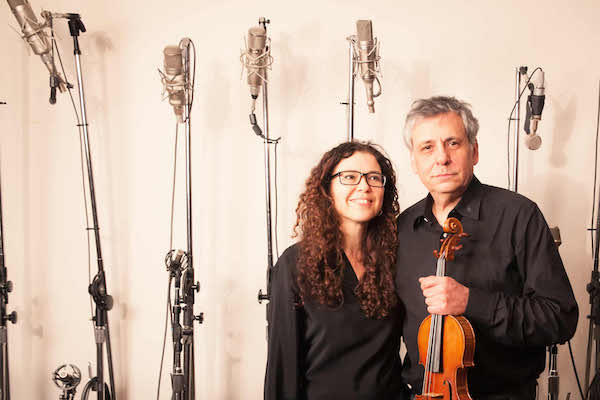 Sylvie Courvoisier
is a pianist, composer, and improviser. Born in Lausanne, Switzerland, Courvoisier moved to New York in 1998 and has lived in Brooklyn since that time.
She has led multiple groups and has been commissioned to write music for concerts, radio, dance, and theater. Courvoisier has recorded nine albums as a bandleader, 25 as a co-leader, and 25 as a side-person, notably on ECM, Tzadik, and Intakt Records.
She has toured widely across the United States, Australia, Canada, Europe, and Japan.
Courvoisier regularly performs solo, in duo with Mark Feldman, and as the leader of the Sylvie Courvoisier Trio, which includes Kenny Wollesen and Drew Gress.
She is a co-leader of the Miller's Tale quartet with Mark Feldman, Ikue Mori, and Evan Parker, and has been a member of Mephista with Ikue Mori and Susie Ibarra since 2000. Courvoisier regularly performs in a number of John Zorn's groups and compositional projects including Cobra and the Bagatelle Marathon.
Since 2010, she has been a pianist and composer for flamenco dancer Israel Galvan's project La Curva in more than 150 performances around the world. In 2018, Galvan and Courvoisier will debut Cast-A-Net, a new project with Mark Feldman, Ikue Mori, and Evan Parker, and are developing a duo version of Consagrazion for piano and dance to debut in 2019.
Courvoisier has performed and recorded with Tim Berne, Joey Baron, Ellery Eskelin, Fred Frith, Yusef Lateef, Ingrid Laubrock, Joëlle Léandre, Butch Morris, Tony Oxley, Herb Robertson, Wadada Leo Smith, and Tomazs Stanko, among others.
Her albums include the Sylvie Courvoisier Trio's D'Agala (Intakt, 2018); Crop Circles (Relative Pitch Records, 2017), a duo with Mary Halvorson; Miller's Tale's Miller's Tale (Intakt, 2016); and Salt Task (Relative Pitch Records, 2016), a collective trio with Chris Corsano and Nate Wooley.
Mark Feldman
was born in Chicago in 1955. In 2007 he was awarded the Alpert Award Prize in Music. In 2004 he received a grammy award certificate for his performance on Michel Brecker’s Verve Album “Wide Angles.” Feldman has toured and recorded extensively with John Zorn, Michael Brecker, John Abercrombie, Chis Potter, Dave Douglas, Joe Lovano, Uri Caine, Billy Hart, and Sylvie Courvoisier. In Febuary 2014, he recorded as a sideman (violin soloist) with Placido Domingo for the release of “Encanto de Mar-Mediterranean Songs on Sony Classical.
Feldman premiered the Violin Concerto of Guus Janssen as a soloist with the Netherlands Radio Philharmonic Orchestra in the Contemporary Music Festival Nederland Muziek Dagen and with The Symphony Orchestra of Einhoven Netherlands. He also premiered the Concerto for Violin and Jazz Orchestra of Bill Dobbins with the WDR Big Band of Koln Germany.
In years past he has been a soloist with the WDR Radio Orchestra and the Basil Symphonetta. Feldman is found on over 150 jazz and creative music recordings as a soloist, including his own releases:
“What Exit” (ECM) “Birdies for Lulu” (Intakt) “To Fly To Steal” (Intakt) “Hotel Du Nord” (Intakt) “Music for Violin Alone” (Tzadik), “Oblivia” (Tzadik), “Live at Theatre Vidy-Lausanne” (Intakt) and “Book of Tells” (Enja).
In 2001 he performed six concerts in Duo with pianist Paul Bley in the Jazz at Lincoln Center Series. In 2004 he performed in the Trio of Pianist-Composer Muhul Richard Abrams at Alice Tully Hall.
As a composer he has been commissioned and performed by the Kronos Quartet and the WDR Radio Orchestra. In commercial music he has appeared as a studio musician with such artists as Sheryl Crow, The Manhattan Transfer, Diana Ross, and Carol King among others. Before moving to New York City in 1986, Feldman lived in Nashville, Tennessee where he was a member of the ensemble that traveled and accompanied country western singers Loretta Lynn and Ray Price. In Nashville as a studio musician he appeared on over 200 recordings including albums by Johnny Cash, Willie Nelson, George Jones, Jerry Lee Lewis, and Television evangelist Jimmy Swaggart. He has been a member of the Nashville Symphony Orchestra and the CBS Television Orchestra from the Grand Ole Opry which appeared on the CMA awards as well as the Johnny Cash Christmas Special.
Currently he freelances internationally and performs in Duo with his partner pianist Sylvie Courvoisier as well as and in a new Quartet with Scott Colley on bass and Billy Mintz on drums. Additionally he performs with John Zorn’s Masada Marathons and Chris Potter’s Underground Orchestra.