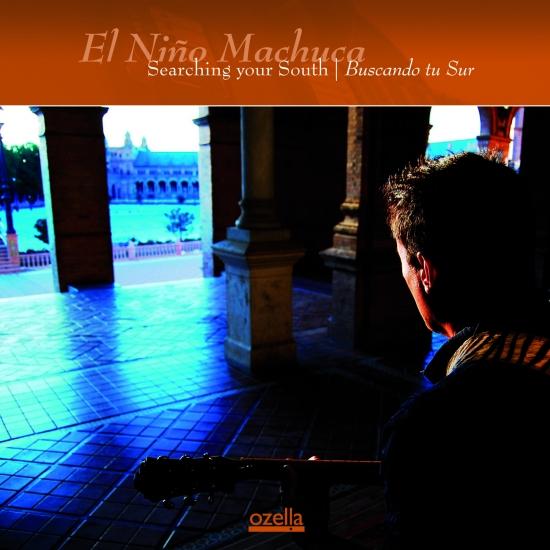 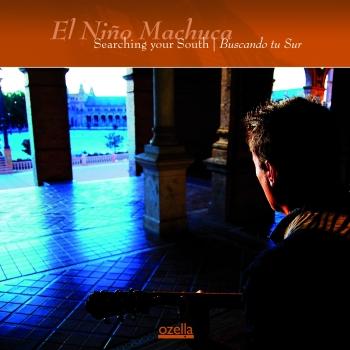 It was an old flamenco-guitar, hidden in a closet at his parents' house in Sevilla, which sparked the passion for music in Paco Machuca. From this moment on, the twelve-year-old would navigate the world of music as an explorer and adventurer. Paco was influenced by the art of the "Cante Jondo" from his grandfather, but it wasn't just the many expressive modes of the flamenco which intrigued him. Soon enough, under the auspices of his jazz- and rock-loving brother Ramon, Francisco de Asis Machuca Borjas (today better known as Paco „El Niño“ Machuca) would also develop a profound interest in jazz. After perfecting his art inspired by flamenco through many years of practise, he is now displaying all of its different nuances on his solo debut Searching your South | Buscando tu Sur. Combining an astounding technical proficiency with the transparency of his Mediterranean jazzphilosophy, the fourteen tracks on the album evoke a feeling of carefree lightness and filigree elegance.
No Me Pises Que Llevo Chanclas, a band he formed in 1988, would mark Paco Machuca's first steps on his musical path. With the group, Paco would score several major hits and various gold- and platinum-records in Spain. In 1996, he left the formation to focus on his solo career, which would result in collaborations with artists like Antonio Flores, Alex Ortiz and Jakim – as well as the forging of a unique personal style fusing the jazz-guitar with flamenco-rhythms derived from tangos and bulerias. Next to original compositions, Searching your South | Buscando tu Sur also contains a version of Paco Ortega's famous "Tu me camélas" as well as setting to music Federico Garcia Lorca's "La leyenda del tiempo" and other songs made popular by the unforgetable Camarón de la Isla.
On the album, Paco is supported by New Zealand bassist Neil Doyle, percussionist Pablo Nuñez as well as Javi Ceballos on Spanish guitar. The influence of Barney Kessel's "Swingin Easy" can be heard in compositions like the delicate "Cortijo de Cuarto" or the shimmering "Mediodia". Upbeat pieces like "Cactus", "Rosetta" and "Cuartus", meanwhile, are passionate excursions into the heart of the flamenco, infused by the harmonies of the jazz-guitar. The sound of these recordings is warm and transparent - a characteristic trademark of the Ozella production philosophy.
Thanks to Paco's passion to play and his natural virtuosity, Buscando tu Sur has turned into a work capable of not just winning over fans of the jazzguitar and flamenco. Soft and flexible, this is a formidable and contagious work of jazz-flamenco-fusion, replete with musical vision, power and personality. El Niño Machuca is showing himself to be a guitarist of subtle euphemisms and a master of impressionist poetry, equally capable of delicate minimalism and percussive lines. Comparisons with Paco de Lucia, Al DiMeola or John McLaughlin are fully in order.