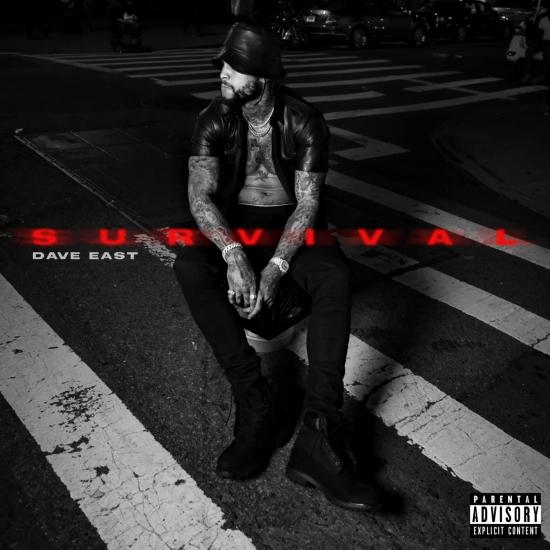 Meteoric Harlem rapper, model and actor Dave East - whose legendary mixtapes have amassed over one billion global streams - releases two explosive new tracks today via Def Jam Record­­ings/Mass Appeal Records/Universal Music Canada – “Everyday” featuring Gunna, and “Wanna be a G” featuring Max B - listen HERE. Dubbed the ‘Survival Pacc,’ the two-song summer release is a prequel to the highly anticipated SURVIVAL, Dave East’s official full-length debut album due to arrive in the fall.
The ‘Survival Pacc’ arrives with a new trailer, culled from documentary footage following Dave from the streets of his native Harlem to the studio and the making of SURVIVAL.
Dave’s long-awaited debut is the culmination of years as a rising star and a recent flurry of activity outside of the music space. It was announced earlier this week that Dave East had been cast in the role of Method Man for Wu-Tang: An American Saga, the upcoming HULU limited mini-series whose 10 episodes will premiere on September 4th. A fictionalized drama, An American Saga was created by Wu-Tang Clan leader RZA and Alex Tse (Watchmen, Superfly 2018). Executive producers include Brian Grazer and Method Man. View the trailer for An American Saga HERE.
Dave East’s Def Jam/Mass Appeal saga took off in August 2017 with the release of his lauded mixtape, Paranoia: A True Story. The 13-track mixtape gained traction behind Dave’s Def Jam debut single “Perfect” featuring Chris Brown, whose VIDEO boasts more than 40 million combined YouTube views of to date.
Paranoia: A True Story was followed up by the Paranoia 2 mixtape (January 2018), which was supported by a 10-minute short film, "The Hated." The gritty drama centered on two childhood friends who get caught up in the street hustle that eventually lands one of them in the Rikers Island jail. Dave’s profile was amped considerably on his 23-city cross-country “Paranoia 2 Tour” of the U.S. in January-February 2018.
"East is a contortionist—flaunting his urge to be flexible, an ethos that challenges the notion that New York rap has to be all boom-bap beats. And judging from his work this year, he’s not running out of bars." (Pitchfork)
"East delves deep into the pits of his newfound fame and unearths every crevice of fear that often once wore him down. Instead of being entangled by his demons, he's embracing his paranoia head-on and is rattling off fiery bars in the process." (Billboard)
Dave East, vocals, rap 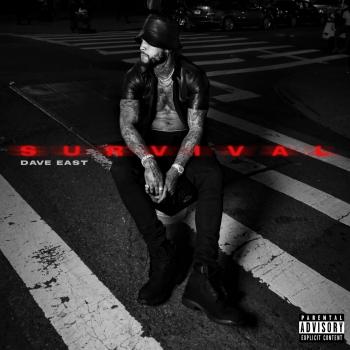 Dave East
Praised for his lyricism and raw storytelling, and blessed with a loyal New York following, Dave East is one of the most promising rappers on the scene today. Born and raised in Harlem, he was inspired by older generation East Coast rappers ranging from Notorious B.I.G. to Styles P, Jadakiss, Cam’ron, and Big Pun. After a college basket­ball stint, Dave’s attention gravitated full time to music. Starting in 2010, he released an array of critically acclaimed mixtapes that earned him widespread recognition in the hip-hop community. His 7th mixtape, 2014’s Black Rose caught Nas by surprise, and resulted in Dave’s signing to Nas’ Mass Appeal imprint. Subsequent mixtapes Hate Me Now (2015) and Kairi Chanel (2016, named for Dave’s daughter), boasted a collective guest list topped by Nas, Styles P, Pusha T, Jadakiss, 2 Chainz, Fabolous, Cam'ron, Beanie Sigel, Rico Love, and The Game, to name just a few. Kairi Chanel led off with the storytelling visual for "Keisha" followed by "Type Of Time", with over 12 million combined YouTube views to date. After nabbing a spot on the notorious XXL Freshman Class in 2016, he jumped onto the Def Jam roster late that year. He was first heard on “Gold Digger” featuring A-Boogie, from Def Jam’s Direct Deposit Vol. 2 compilation (February 2017). Paranoia: A True Story marked Dave’s official Def Jam debut EP in August 2017 (with “Perfect” featuring Chris Brown; and “The Hated”). The Paranoia 2 mixtape followed in January 2018.