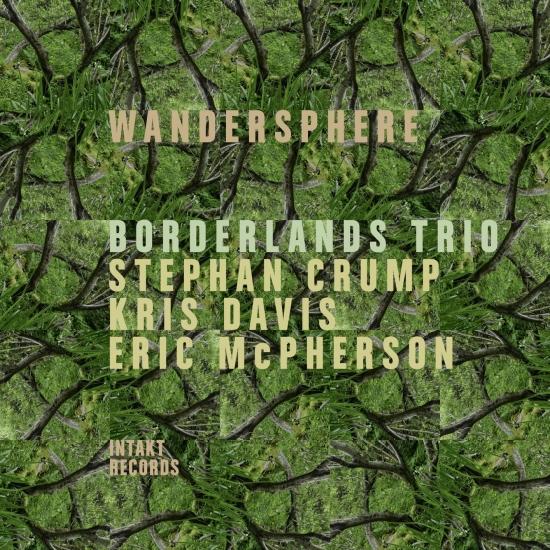 Following the stunning debut album "Asteroida", the New York trio Borderlands with Stephan Crump, Kris Davis and Eric McPherson release a double album with four improvisations which range in length from just under twenty to over forty minutes. Recorded during the coronavirus pandemic in New York in 2020, the music contrasts the New York mood of isolation with an uncommon passion for playing, intensity and musical intimacy.
Chicago/Berlin jazz critic Peter Margasak writes in the liner notes: “The works float, roil, swing, breathe, rush, and sparkle without every revealing any sort of hesitation or falling into a rut. The musicians don’t follow one another and they eschew glib reaction. Instead, they sit with the flowing ideas, thinking ahead about where the music could go. They play a long game with their spontaneity. These four amazing explorations reflect a kind of total music.” He writes full of enthusiasm: “The Borderlands Trio engage in four mind-boggling explorations here – patiently, generously, and almost telepathically building a unified sonic architecture that celebrates the act of collective improvisation as profoundly, as beautifully, and as completely as anything I’ve ever heard.” McPherson turned 50 on the day of the session, and calls the experience “the ultimate birthday gift.”
"Think of Borderlands Trio as an all-star team of should-be jazz luminaries. The group looks and feels like a standard jazz trio, but the air it breathes is a little different. That much is apparent on “Asteroidea,” its engrossing debut album of free improvisations, released in October. Stephan Crump, the bassist, is the collective’s de facto leader, though the pianist Kris Davis and the drummer Eric McPherson play equally important roles. On the first evening of a two-night run at the Jazz Gallery, they played a series of long immersions, guided by Mr. McPherson’s steadily locomotive drumming and the oozing agility of Mr. Crump’s bass. At one point, Mr. McPherson, using brushes, carried the trio into a big, circular groove — something evoking passage and duration. Mr. Crump found his way into a minor pattern that climbed high before falling hard on the root note; Ms. Davis played the role of disrupter, hammering one broken-glass chord in double and triple and quadruple hits. The whole thing had the illusion of a pattern or a stream, but it resisted symmetry: If they were tracing some borderline, it was running through wild and uncharted terrain." (Giovanni Russonello)
Stephan Crump, acoustic bass
Kris Davis, piano
Eric McPherson, drums 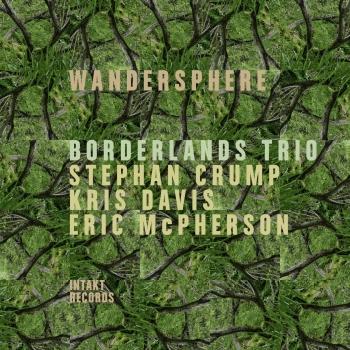 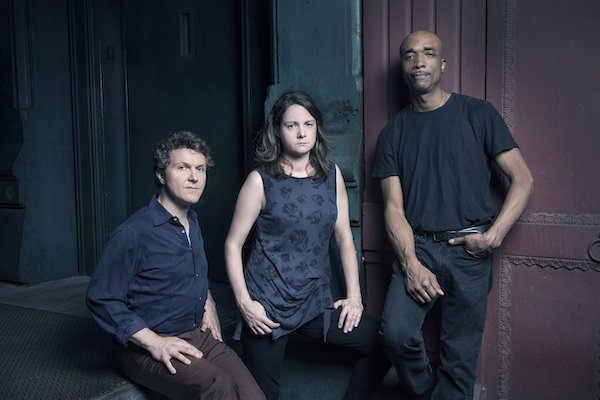 The Borderlands Trio
the collective effort of bassist Stephan Crump, pianist Kris Davis and drummer Eric McPherson, has luck on its side. Less than a year old, its chemistry is unusually deep. And while I don’t often use the term, it’s also a band that boasts a bit of magic. ... The album title Asteroida is the Latin term for starfish – a creature that can regenerate parts of itself whenever need be. That idea resonates with Crump because of the trio’s ability to steadily develop new landscapes, and the Stephan Crump reminds that the word starfish conjures notions of both the ocean and outer space. ‘Gravity, magnetism, constellations, nature. With this band, we’re always expanding and contracting, recontextualizing what’s around us and heading for the instantly inevitable.’... Ultimately Asteroidea is a treatise on immediacy and a deep dive into the spectrum of responses made by any one gesture. Pay close attention. Its grooves are always morphing, its drama boasts moments of whimsy, and its creators are just getting started. Jim Macnie, from the liner notes.