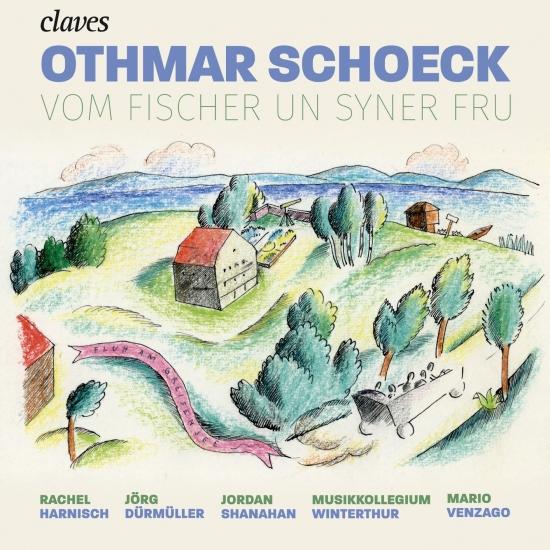 When Othmar Schoeck began writing Vom Fischer un syner Fru (The Fisherman and his Wife) in the summer of 1928, he happened to be on an extended stay at Werner Reinhart's holiday house on the "Fluh" in Maur on the Greifensee lake. The Winterthur merchant Reinhart (1884–1951), who worked in the Gebrüder Volkart family business and possessed a considerable fortune, was also a patron of music.
He supported numerous musical personalities of the 20th century (such as Igor Stravinsky and Paul Hindemith, to name just two of the most important) in his official capacity as a long-standing member of the Board of the Musikkollegium Winterthur and also as a private individual, as an affair of the heart, so to speak, usually in the form of further financial contributions.
The subject matter is based on the famous Children's and Household Tales of the Brothers Grimm. Together with his good friend Armin Rüeger, with whom he was staying for two weeks in Bischofszell in June 1928, Schoeck trawled the collection in search of a new subject for an opera. Ultimately, however, he was alone when he came across the tale Of the Fisherman and his Wife, late at night. He wanted to set it to music immediately, probably because he was already very familiar with the story from the opera Ilsebill. Das Märlein von dem Fischer und seiner Frau (Ilsebill. The Tale of the Fisherman and his Wife) by Friedrich Klose (1862–1942), a pupil of Bruckner's, which had been performed at the International Music Festival in Zurich together with Schoeck's own opera, Venus, in May 1922.
Indeed, it seems that Schoeck intended to set the essence of the plot to music in a work of his own, for he had above all disliked the fact that Klose's composition placed too much emphasis on the individual scenes (some of them with historicising stage sets in a Wagnerian manner). By contrast, he considered that "the dramatic aspect of the material" lay "in its sequence, in its intensification."
Rachel Harnisch, soprano (Die Frau)
Jörg Dürmüller, tenor (Der Mann)
Jordan Shanahan, bass (Der Butt)
Musikkollegium Winterthur
Mario Venzago, conductor