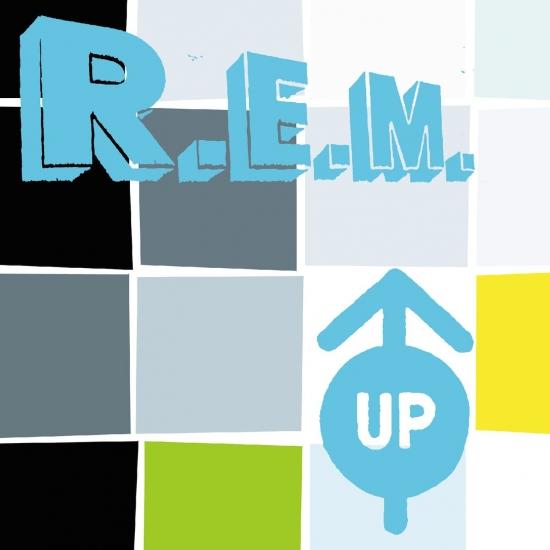 The departure of drummer Bill Berry in 1997 no doubt unsettled his former R.E.M.-mates, who found themselves straddling not only creative, but personal crossroads. Rather than giving up, the remaining members of R.E.M. reinvented themselves and released UP, a stunning, eloquent album of dark vulnerability and experimentalism. The emotional disquiet Stipe evokes is nearly shocking in its plainspoken lyricism. Songs like the agonized 'Sad Professor' and the wary, hypnotic 'Suspicion' seem almost too naked for Stipe, who spent years cloaking his words in mumbles and misnomers. For the first time, lyrics are even included in the packaging.
'Hope' is a breathless, galloping piece of pseudo-electronica that raises the ghost of Leonard Cohen's 'Suzanne' before ending in a heady roar of noise. The gorgeous jangle of 'At My Most Beautiful' is pure poetry, an unabashed disclosure of Buck's giddy reverence for Brian Wilson. Although a drum machine is used at times (Beck drummer Joey Waronker and Tuatara percussionist Barrett Martin also guest on many tracks), an array of disparate sounds, from vibes to violin, infuses the songs with a newfound expressiveness. UP is unlike any other album in the band's long catalogue--a bold, brilliant spark of musical genius and genuine empathetic revelation.
'...UP is the sound of the band trying to reshape its sound and vision. Their solution is to focus on mid-tempo, or often no-tempo, hymns and ballads. The shift suits them...' (Entertainment Weekly)
'...R.E.M.'s great knack is to make everything they play sound organic....Up's bashfulness brings with it a peculiar grace....there is a market for warped, experimental rock music as beautiful as this...' (Q)
Michael Stipe, lead vocals, guitar
Peter Buck, bass, guitar, keyboards, percussion
Mike Mills, keyboards, guitar, bass, backing vocals
Additional musicians:
Barrett Martin, percussion
Scott McCaughey, keyboards, percussion
Joey Waronker, drums, percussion
Recorded from January–July 1998 at La Casa del Elefante, Seattle; Toast, San Francisco; John Keane Studios, Athens; Baby Monster Studios, New York.
Engineered by Nigel Godrich, David Henry, Rob Haddock, John Keane, Michael McCoy, Peter Buck
Produced by Pat McCarthy and R.E.M.
Digitally remastered