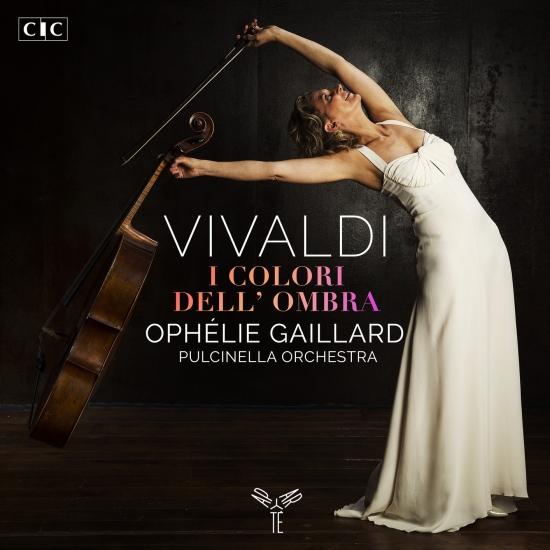 Info for Vivaldi: I colori dell'ombra

After a double album dedicated to Boccherini and acclaimed by critics, Ophélie Gaillard and the Pulcinella Orchestra reveal the incredible sound palette of Vivaldi, one of the most brilliant venetian musicians.
Drawing on the finest cello works of the composer, Ophélie Gaillard’s selection places great emphasis on the concerto, for one, two or even four performers. It also includes an exclusive reconstruction of the Concerto RV 788. The vocal interventions of Lucile Richardot and Delphine Galou light up the program like rays of sun through the clouds.
The album alternates between moments of great emotion, sometimes even dolorous as in the Largo of the Concerto RV 416, and moments of passion and frenzy (in the concertos RV 419 or 409) that evoke the Summer from the Four Seasons. This music thus unveils all its mysteries in the interplay of lights and shadows, giving its name to this recording.
Ophélie Gaillard, cello
Pulcinella Orchestra 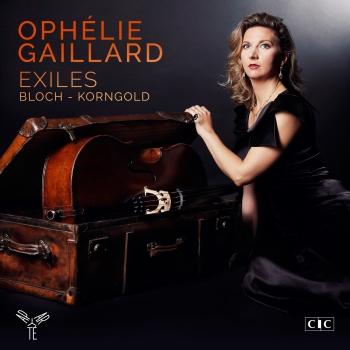 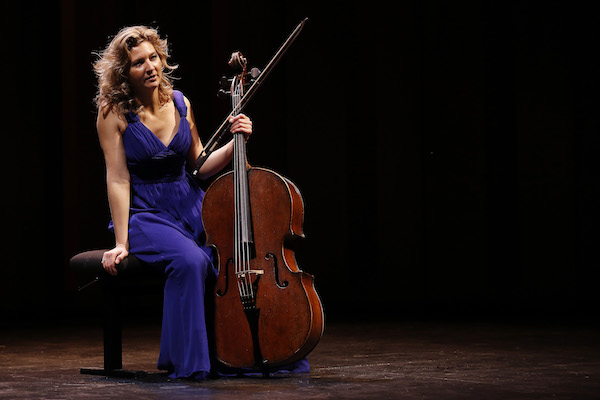 Ophélie Gaillard
… could we read in the editorial published in the Diapason magazine of June 2011, (Ophélie Gaillard was awarded the Diapason d’Or for the Suites of Bach). The English Newspapers also underlined this appreciation. In August 2011, The Strad magazine wrote that “Gaillard was at the top “ whereas in 2007 The Times already welcomed her “wizard fingering, big lyrical heart, and kaleidoscope of colors”.
This brilliant Franco-Swiss musician embodies an insatiable curiosity, a taste for risk and an immoderate appetite for the whole of the concertante cello repertoire.
Voted “Revelation: Solo Instrumentalist of the Year” at the Victoires de la Musique Classique in 2003, she has since then appeared in recital at many prestigious venues.
Ophélie Gaillard is a child of Baroque. From a very young age, she was specialized in the early and classical cellos and soon shared the stage with Christophe Rousset, Emmanuelle Haïm and Amaryllis. Then, in 2005, she found Pulcinella, a collective of virtuosos with a passion for performance practice on period instruments. The recordings devoted to Vivaldi, Boccherini and Bach reaped excellent ratings and several awards.
In 1998, she was the winner of the Leipzig Bach Competition. Then, in 2000 she recorded Bach’s complete Cello Suites for the Ambroisie label and enjoyed a great critical acclaim. She renewed that exploit in 2011, this time for the Aparté label, and received maximum ratings from Diapason, Strad magazine, etc.
Ophélie Gaillard also performs modern and contemporary works. She has made successful recordings of Britten’s complete cello suites or Pierre Bartholomée’s Oraison.
The Romantic repertoire is not neglected: she has successfully recorded the complete cello works of Schumann, Fauré, Chopin and Brahms.
She appears as a soloist with the Orchestre de Cannes-Provence-Alpes Côte d’Azur, the Polish Radio Orchestra (Gabriel Chmura), the Orchestre de Picardie (Edmon Colomer), the European Camerata, the Franz Liszt Orchestra of Budapest, the New Japan Philharmonic under the baton of Werner Andreas Alpert, the Bangkok Symphony Orchestra, the Moscow Chamber Orchestra, the Orchestre de Chambre de Toulouse, the Romanian Radio Orchestra or else, the Monte-Carlo Philharmonic Orchestra under the direction of James Judd.
Her solo album Dreams, made with the Royal Philharmonic Orchestra at the legendary Abbey Road Studios in London, proved to be a great public success.
A sought-after teacher, she regularly gives master classes in Europe, Asia and in Latin and Central America. She is invited as a member of the jury at the ARD competitions and is a professor at the Haute Ecole de Musique of Geneva (HEM) since 2014.
She is regularly heard on radio (France Musique, France Culture, France Inter, Radio Classique, Espace 2, BBC Radio 3) and often appears on television (France 2, Mezzo, Arte).
In December 2015, her double-CD album Alvorada won over a vast audience and was named a ‘Star Recording’ by The Strad magazine. This programme, blending ‘highbrow’ and popular Spanish and South-American music went on tour in 2016 through France, Italy (MiTo festival), and Mexico (Cervantino Festival), in particular with the Brazilian singer Toquinho.
After the international success of her first album (Diapason d’Or in 2014, special recognition from the Strad magazine, concerts in France and Germany…), a second recording of CPE Bach for the Aparté Label will be released in 2016 with the Pulcinella Orchestra and incensed by the press (Diapason d’Or, Choc de la Musique Classica, ffff Télérama, Gramophone …).
She was invited to play for the prestigious concert series given at the honour court of the Prince’s Palace of Monaco. She subsequently recorded her next disc Exils (expected release in Spring 2017) around the concertos of Korngold and Bloch with the Philharmonic orchestra of Monte Carlo and supervised by James Judd.
Ophélie Gaillard plays a cello by Francesco Goffriller (1737), generously loaned to her by CIC, and also a Flemish violoncello piccolo (anonymous).

Booklet for Vivaldi: I colori dell'ombra