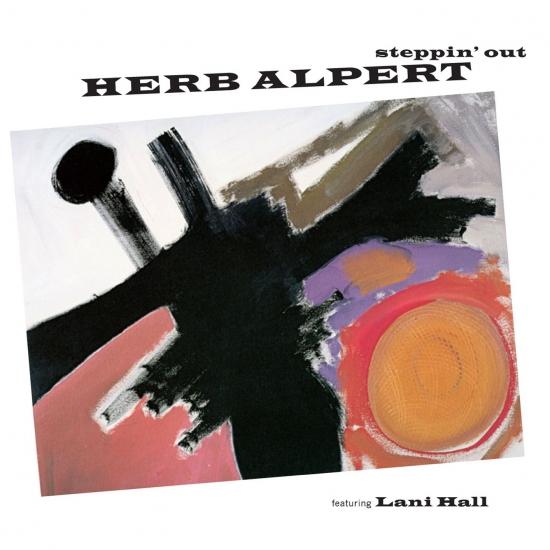 Info for Steppin' Out

Grammy®-winning jazz great Herb Alpert is Steppin' Out with a new album that combines pop instrumentals and timeless jazz along with Latin-influenced rhythms reminiscent of the Tijuana Brass. Steppin' Out explores standards from the American Songbook as well as Alpert's own catalog, and features his wife, the Grammy®-winning vocalist Lani Hall, on several tracks. Highlights include the single 'Puttin' on the Ritz,' Art Pepper's 'Our Song,' Astor Piazolla's 'Oblivion,' and a trio of Tijuana Brass chestnuts, 'Good Morning Mr. Sunshine,' 'And the Angels Sing,' and the 50th Anniversary recording of 'The Lonely Bull.'
Alpert is one of the founders of A&M Records the most successful independent record label of all time, where he recorded as a solo artist and leader of the Tijuana Brass, selling over 75 million records. Overall, Alpert has scored five #1 Billboard Pop Singles, and won eight GRAMMY's, and received, with his partner, Jerry Moss the GRAMMY Lifetime Achievement Award and The Rock & Roll Hall of Fame Lifetime Achievement Award. In President Obama presented to him a National Medal of Arts Award. In 2013 President Obama awarded him the National Medal of Arts, the highest award given to artists and arts patrons by the United States government.
„Trumpeter and pop music icon Herb Alpert and his wife, former Brasil '66 vocalist Lani Hall, have recorded and performed together a few times since meeting over 43 years ago. However, it wasn't until 2007 that the duo began touring and performing regularly. In 2009, they released the album Anything Goes, which found them interpreting standards and Brazilian music. They followed that album up with 2011's I Feel You, which continued in the jazz, Brazilian, and Latin music vein, adding in more contemporary pop songs. Alpert and Hall's 2013 release, Steppin' Out, also features a warm collection of songs that hit upon all the stylistic touchstones of their careers, from '60s novelty instrumentals to Latin music, Brazilian bossa nova, smooth jazz, and American popular song standards. Once again joining Alpert and Hall here is their touring ensemble featuring pianist/keyboardist Bill Cantos, drummer/percussionist Michael Shapiro, and bassist Hussain Jiffry. Steppin' Out also reunites Alpert with keyboardist Jeff Lorber, who appeared on Alpert's 1997 album, Passion Dance, and who produced his 1996 album, Second Wind. Generally speaking, Steppin' Out is the most stylistically varied of the three Alpert/Hall albums, moving from an electronic/dance reworking of 'Puttin' on the Ritz' to the atmospheric orchestral ballad 'I Only Have Eyes for You,' Hall's poignant interpretation of Irving Berlin's 'What'll I Do?,' a dramatic symphonic take on Astor Piazzolla's 1982 nuevo tango masterpiece 'Oblivion,' and the smooth funk of the Alpert/Lorber original 'Migration.' The album even ends with Alpert revisiting his 1963 Tijuana Brass breakthrough hit 'The Lonely Bull,' this time with additional orchestral and electronic flourishes that sound less '60s lounge pad and more contemporary James Bond action movie theme, accented by Alpert's Miles Davis-influenced soloing. Ultimately, Steppin' Out represents not just the third album in a trilogy, but a loving creative partnership that, for Alpert and Hall, spans a lifetime.“ (Matt Collar, AMG)
Herb Alpert, trumpet
Lani Hall, vocals
Ramon Stagnaro, acoustic guitar
Coco Triuisonno, bandoneon
Paul Jackson Jr., guitar (on tracks 2, 4, 9, 15)
Bill Cantos, keyboards (on tracks 6, 7, 11, 13)
Eduardo Del Barrio, keyboards (on tracks 3, 5, 8, 12, 16)
Jeff Lorber, keyboards, guitar (on tracks 2, 4, 9, 15)
Hussain Jiffry, bass
Mike Shapiro, drums, percussion
Engineered by Alan Meyerson, Iggy Elizabesky
Please Note: We offer this album in its native sampling rate of 44.1 kHz, 24-bit. The provided 88.2 kHz version was up-sampled and offers no audible value!