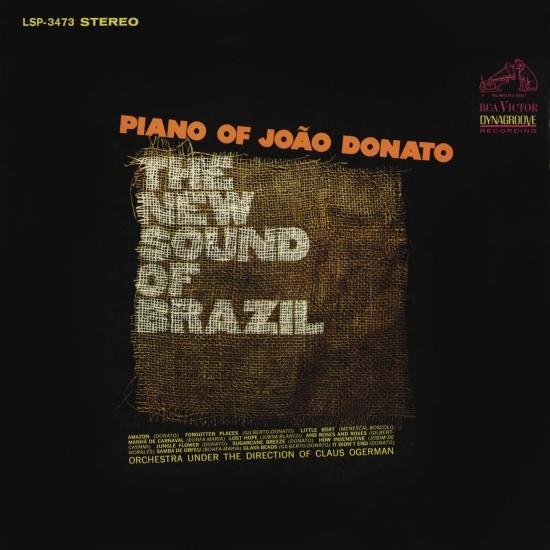 Info for The New Sound of Brazil

Darkly brilliant – and one of Joao Donato's most fantastic records! The set was recorded during Joao's time in America in the mid 60s – cut in New York with lofty backings by Claus Ogerman, in a pillowy soft mode that fits perfectly with Joao's light bossa piano lines, and which has all the hints of sadness and moodiness that often creep into his playing. The complicated approach of the album far surpasses some of Joao's work from Brazil at the same time – and the album's one of the best of its generation, a sublime mix of all elements that still sounds as fresh today as it did in 1965! Titles include 'Amazonas', 'Glass Beads', 'Sugarcane Breeze', 'Vento Do Canavail', 'It Didn't End', and 'O Barquinho'
„This very evocative 1965 recording session was a cause for celebration not only among critics but among the bossa nova-crazed audiences of Brazil and the U.S, and it sold quite well. Donato is a jazz pianist first, and his allegiances in harmony and melody come from there first and foremost. But rhythmically and in his phrasing, he comes from the generation of Brazilian musicians who developed the bossa nova as an art form. His touch is light, his settings are lush and laid-back, and his playing is as much or more from his left hand as his right. Solos on these records are wonderfully improvised, but they reflect the sweet, gorgeous melodies on the front line of these tunes. As such, Donato comes across as an elegant pianist and ensemble player, establishing his individual touch as a leader in that left hand rhythmic bent where he loves those shaded keys. His finest compositions here are his own: the sensual 'Amazon,' the slightly sassy and savvy 'It Didn't End,' and his reading of Luiz Bonfá's 'Samba de Orfeu,' which rivals the original for its ambience and texture with a gorgeous string arrangement courtesy of conductor Claus Ogerman. This is one of Brazil's more moving and beautiful bossa albums, and should not be overlooked by recent fans of the genre or by jazz fans interested in the exotic side of the music.“ (Thom Jurek, AMG)
João Donato, piano
Luiz Bonfá, acoustic guitar
Carlos Lyra, acoustic guitar
Jimmy Cleveland, trombone
Jerome Richardson, flute
Richard Davis, double bass
Bill Goodwin, drums
Dom Um Romão, percussion, drums
Claus Ogerman, conductor
Digitally remastered 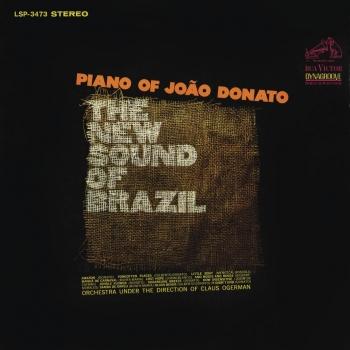 The New Sound of Brazil 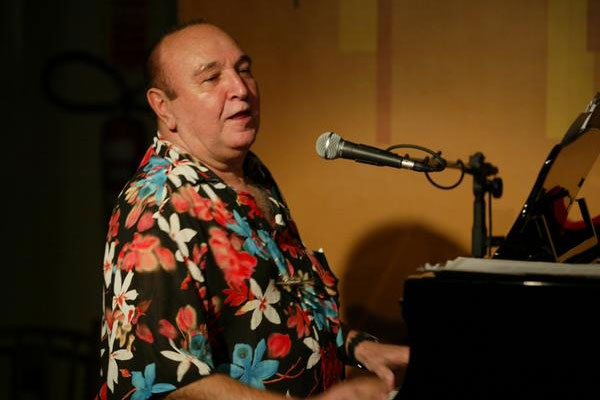 João Donato
Born in Rio Branco, state of Acre, he used to play music with bamboo small flutes and saucepans in his childhood. One day he got an eight bass accordion as a gift and, later on, a higher accordion. In 1945, he moved to Rio de Janeiro with his family. There, he started to play on his school’s parties. On one of these parties, he met the band “Namorados da Lua” and started a friendship with Lúcio Alves, Nanai and Chicão. Four years later, he was already playing in the jam-sessions held at Dick Farney´s and at the Sinatra-Farney Fan Club, to which he was a member. In 1951, he participated in the northeastern music program 'Manhãs da roça', broadcasted by Zé do Norte, on the Rádio Guanabara. At the same time, he started to study piano.