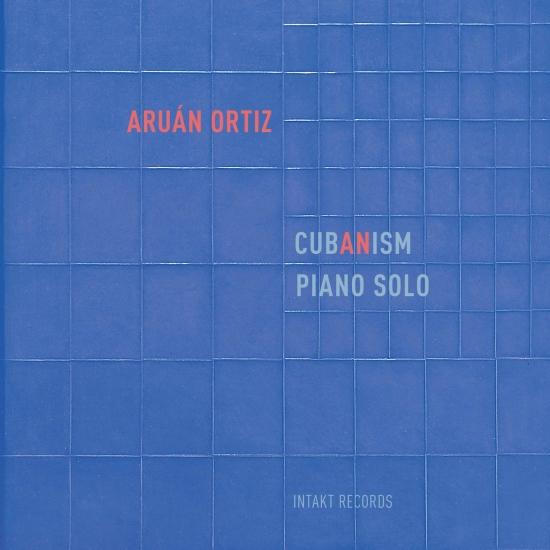 The acclaimed Cuban pianist and composer Aruán Ortiz, considered "an avatar of creative and progressive improvisation" (Ted Panken, Jazztimes Magazine) and a "first-rate" pianist (Nate Chinen, WBGO Jazz Radio), releases his solo piano album titled „Cub(an)ism“. This album was recorded by the engineer Martin Pearson in December 2016 at the Swiss National Radio in Zürich and produced by Intakt Records.
"Cub(an)ism is the result of an in-depth conversation with a range of musical idioms and styles, and various experiences from the phases of Ortiz’ life, in Cuba, Spain, France and the USA, which have formed his eclectic concept of music.
On this album, Ortiz’ pieces arise from specific ideas and moods, developed imperceptibly along systematic constructions spiked with the unexpected. Despite a certain adherence to system, the music on Cub(an)ism remains sensual at all times. Using clear but flexible systems, the music lives from structure and surprise. Crystalline structures are abruptly dissolved, clear forms blurred like a reflection in stormy water, before resurfacing. Ortiz’ music breathes this magic, the allure of dancing structures". (Florian Keller, liner notes)
Since his arrival to the international jazz scene, Aruán has played, recorded or toured with Esperanza Spalding, Greg Osby, Andrew Cyrille, Cindy Blackman-Santana, Terri Lyne Carrington, Oliver Lake, Don Byron, Rufus Reid, Wadada Leo Smith, and Wallace Roney, to name a few.
Aruán Ortiz, piano
Recorded December 3, 4, 2016, by Martin Pearson at Radio Studio, Zürich
Mixed and mastered by Martin Pearson
Produced by Patrik Landolt 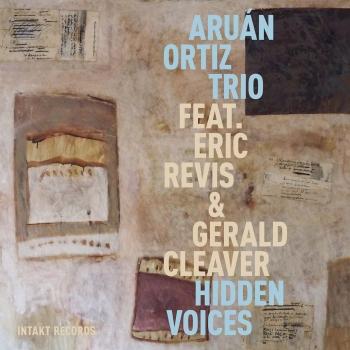 Aruán Ortiz
Forty-two-year-old Cuban-born, Brooklyn-based pianist, violist, and composer Aruán Ortiz has written music for jazz ensembles, orchestras, dance companies, chamber groups, and feature films. His work incorporates influences from contemporary classical music, Cuban-Haitian rhythms, and avant-garde improvisation; and consistently strives to break stylistic musical boundaries. He has been called “the latest Cuban wunderkind to arrive in the United States” by BET Jazz and "one of the most versatile and exciting pianists of his generation" by Downbeat Magazine.
He has received numerous accolades such as the Doris Duke Impact Award (2014); Composers Now Creative Residency Award at Pocantico Center of the Rockefeller Brothers Fund (2014); the Jerome Foundation Travel & Study Grant (2013); Latin Jazz Corner’s Arranger of the Year (2011) for his contribution on the album, “El Cumbanchero” by flutist Mark Weinstein (Jazzheads, 2011); Fundación Autor, SGAE, and Generalitat de Catalunya Grant study grants (2002); Semifinalist, Jas Hennessy Piano Solo Competition, Montreux, Switzerland (2001); and Best Jazz Interpretation, Festival de Jazz in Vic, Spain (2000).
In 2009, Aruán's released "Alameda" (Fresh Sound New Talent), combining modern jazz, contemporary classical music, and Afro-Cuban rhythms. The album received four stars from the UK based magazine Jazzwise, and was named one of the top ten jazz CDs of the year in 2010. In response to his quartet's second album, "Orbiting" (Fresh Sound New Talent 2012), Downbeat Magazine called Aruán "one of the most versatile and exciting pianists of his generation." That year, 2012, was an intense one for Aruán. In addition to "Orbiting," he released three more EPs: "Banned in London" (Whirlwind Records), which received four and a half stars from Jazztimes; "Santiarican Blues Suite" (Sunnyside), which also received four and a half stars and was named one of the "best albums" that year by Downbeat Magazine; and "Textures and Pulsations" (Ictus). New York Times noticed the prolific and intense work of Aruán, writing, "Keep an eye this year on Aruán Ortiz, ...who’s become a mark of quality on gigs and records, though you might miss half his work if you don’t listen broadly."
Between 2013 and 2015, Aruán contributed as a producer, arranger and artistic advisor on various recordings such as Mark Weinstein's "Latin Jazz Underground" (Zoho 2014), Afro-HORN's "Rare Metal" (AACE 2013), "At the Edge of the Spiral" (AACE 2015), Jazmín Prodan's "7 Jardines" (2013) and Grete Skarpeid's "Move on" (2015).
In the spring of 2016, the prestigious Swiss label Intakt Records will release Aruán's latest trio album "Hidden Voices," featuring Eric Revis and Gerald Cleaver.
In 2011, on the occasion of their 25th anniversary, the José Mateo Ballet Theater commissioned a score for their new choreographic work, "Pagano or No." Aruán produced, conducted, and recorded Santiarican Blues Suite on Sunnyside Records, which was also premiered by the Camerata Urbana Ensemble at the Next Wave Festival at BAM (Brooklyn, NY, 2012). Latin Jazz Network said about the album: “This record by a very special artist will go down as one of the most significant works of music." In 2013, Aruán composed and conducted an original piece for the ballet, "Collage" performed by the Milena Zullo Ballet, which premiered at the Casa del Jazz Festival in Rome, Italy with the YOUME Orchestra.
That same year, Aruán was invited by the University of Albany to give a series of workshops about the impact of contemporary music on Caribbean culture and the importance of improvisation in the collective creative process. Following the success of these workshops, in 2013, the University of Albany commissioned a large piece for the University of Albany Community Symphony Orchestra titled "Variations for Improvised Piano and Symphony Orchestra," performed by Bob Gluck and conducted by Aruán.
In 2014, Aruán composed the score for the feature film "Sin Alas," the first movie by an American director in more than 50 years to be both filmed and cast entirely in Cuba. He was invited to perform and participate in a panel about "Sin Alas" at the Havana Film Festival in 2014, the Los Angeles Film Festival in 2015, and at the American Film Institute in 2015 in Washington, D.C. Aruán's music can also be heard on the Spanish short film "The Beating" (2015).
Recently, Aruán has produced and curated several concert series featuring some of the most important, forward-thinking, and creative improvisers on the New York music scene such as Andrew Cyrille, Oliver Lake, Henry Grimes, Sam Newsome, Rufus Reid, Francisco Mora-Catlett, Ralph Alessi, and Don Byron, in explorations of the translation of non-musical patterns, symbols, and structures into jazz concepts. Because of the successes of these series, in 2014 he was invited to present a concert exploring the themes of Music and Architecture at the Harlem Shrine Jazz Festival featuring Rufus Reid and Don Byron. The press reported, "The music evoked images of mathematical equations, great architectural works and brought to mind the New York loft scene of the 1970s, where free jazz reigned supreme." That same year Aruán was invited by "Proyecto Somos", a Cuban artist collective, to present his original music at the Havana Jazz Festival with his Caribbean Vortex Project, featuring the Tumba Francesa percussion set (Bulá, Premier, Second, and Catá), piano, voice and saxophone.
In 2014, his pieces for solo piano, "Carabaliando" and "Four Afro-Haitian Jerigonzas" were presented at the Oskar Schindler Performing Arts Center, in New Jersey, Vision Free-Latin Jazz in New York and at the Berkeley Conservatory of Music in Berkeley California.
Although he regularly tours in Europe and the US with his own trio and quartet, Aruán has also played, toured, or recorded with Esperanza Spalding, Nasheet Waits, Terri Lyne Carrington, Ralph Alessi, Cindy Blackman-Santana, Steve Turre, Cameron Brown, Greg Osby, Wallace Roney, John Bestch, Wadada Leo Smith, Hamiet Bluiett, and Drew Gress, to name a few. Currently he is working in collaboration with the Teatro Dallas as a Composer in Residence. September (2015)