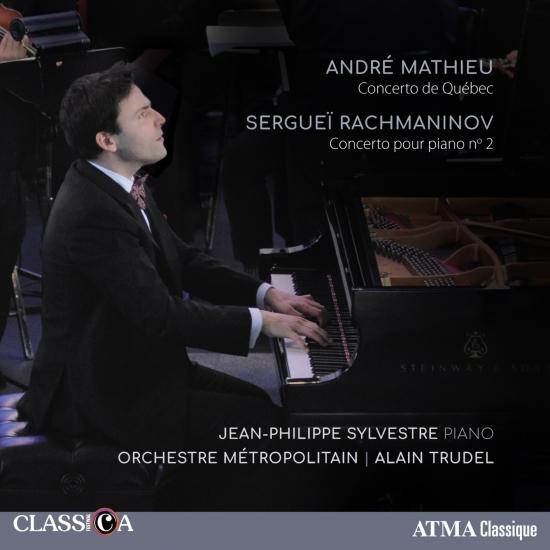 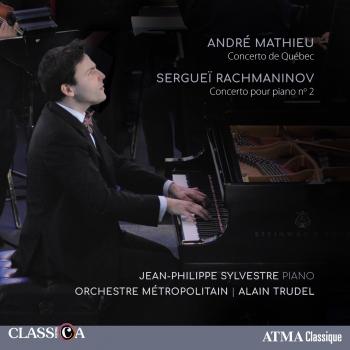 Jean-Philippe Sylvestre
is the laureate of the prestigious Virginia Parker Prize 2008, the highest distinction from the Canada Council for the Arts. In 2000 at the age of 17, pianist Jean-Philippe Sylvestre won rst prize at the prestigious Montreal Symphony Orchestra Competition, as well as the People’s Choice Award at the same competition. He is also laureate of the Young Performer Competition and Concertino Praga International Competition. He was three times recipient of the 1st prize at the Canadian music competition, and at one of these occasions, was the recipient of the highest score of the entire competition. He performs regularly as a soloist and recitalist across Canada, United States, South America and Europe. He is the recipient of the studio-prize Paris residency 2016 from the Quebec Council for the art.
Mr. Sylvestre has played with conductors such as Yannick Nézet-Séguin, Richard Bradshaw, Simon Streatfeild, Alain Trudel, Fabien Gabel, and Rolf Bertsch. Famous conductor Yannick Nézet-Séguin quali es him as a “poet of the piano”. He has appeared at the Concertgebouw of Amsterdam, the Cité Internationale des Arts in Paris, the Fundação de Educação Artística in Belo Horizonte in Brasil, at the Wilfrid-Pelletier Hall, Pierre-Mercure Hall in Montreal, the Glenn Gould Studio and the George Weston Hall in Toronto, the National Art Centre of Ottawa. Recently, he has performed with the Orchestre symphonique de Québec in Quebec City, at the Bourgie Hall in Montreal, at the Auditorium St-Pierre des cuisines in Toulouse, and at the Cortot Hall in Paris.
Born in Ste-Julie, Québec, Sylvestre started his musical studies at the age of four. He is a graduate of the École de musique Vincent-d’Indy and the University of Montreal where he obtained a bachelor with Marc Durand. In 2005, he obtained an Artist Diploma from The Glenn Gould Professional School of The Royal Conservatory of Music of Toronto under the tutelage of John Perry. He has studied many years in Italy at the International Accademia Pianistica ‘’Incontri col Maestro’’ and in Germany under the direction of Louis Lortie, and he has followed intensive coaching with Michel Dalberto, Jacques Rouvier, Gerhard Oppitz, and Jerome Lowenthal.
Jean-Philippe Sylvestre is a Fellowship Recipient of the 2009 Music Academy of the West. He is also a 2006 RBC Youth Excellence Scholarship Recipient for The Ban Centre Music Festival as well as a Fellowship Recipient of the 2004 Aspen Music Festival and School. Mr. Sylvestre has been several times recipient of perfectionnement scholarships from the Canada Council for the Arts and from the Québec Council for the Arts.