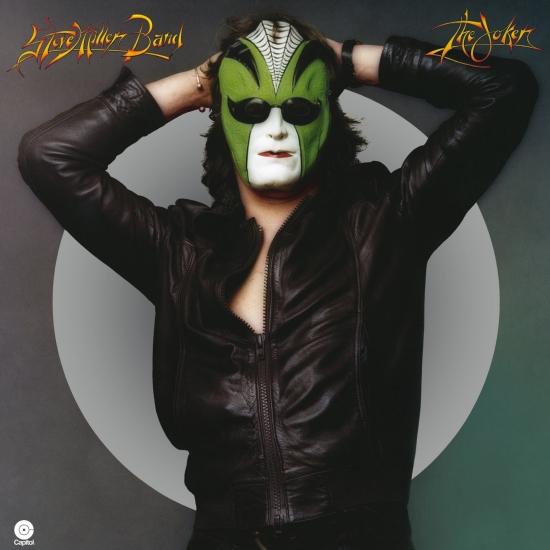 Although Steve Miller had been slugging it out since the late 60's as a blues-rock guitarist, it wasn't until his 1973 release, "The Joker", that he finally found his most marketable niche in radio friendly rock. Here Miller abandoned his edge and his rootsy sensibilities, and leaned toward a lighter, more melodic approach. This is typified in the title track, a shuffling groover with an infectiously hooky chorus that went on to become a monstrous smash, and something of a signature song for Miller.
While "The Joker" is the centerpiece of the album the be-bop ditty "Shu Ba Da Du Ma Ma Ma Ma," the humorous "Your Cash Ain't Nothin' But Trash," and the underrated Miller composition "Sugar Babe" are also noteworthy. "The Joker" is most interesting as a look at Miller in transition: it contains many of the elements that would go on to make him a superstar over the course of his next two releases, 1976's "Fly Like An Eagle" and "77's Books Of Dreams".
"The Joker is, without question, the turning point in Steve Miller's career, the album where he infused his blues with a big, bright dose of pop and got exactly what he deserved: Top Ten hits and stardom. He also lost a lot of fans, the ones who dug his winding improvs, because those spacy jams were driven by chops and revealed new worlds. The Joker isn't mind-expanding, it's party music, filled with good vibes, never laying a heavy trip, always keeping things light, relaxed and easygoing. Sometimes, the vibes are interrupted, but not in a harsh way -- the second side slows a bit, largely due to the sludgy "Come in My Kitchen" and "Evil," the two songs that were recorded live but lacking any kinetic energy -- but for the most part, this is all bright and fun, occasionally truly silly, as on "Shu Ba Da Du Ma Ma Ma Ma." This silliness, of course, alienated old fans all the more, but that sense of fun is both the most appealing thing about The Joker and it set a touchstone for the rest of his career. Here, it's best heard on the terrific opener "Sugar Babe" and, of course, the timeless title track, which is sunny and ridiculous in equal measure. If nothing else is quite up to that standard in terms of songs -- certainly, it's not as jammed-pack as its successor, Fly Like an Eagle -- The Joker nevertheless maintains its good-time vibe so well that it's hard not to smile along...provided you're on the same wavelength as Miller, of course." (Stephen Thomas Erlewine, AMG)
Steve Miller, guitar, vocals, harmonica
Gerald Johnson, bass, backing vocals
Dick Thompson, organ, keyboards, clavinet
John King, drums
Produced by Steve Miller
Digitally remastered