Mother In This Moment 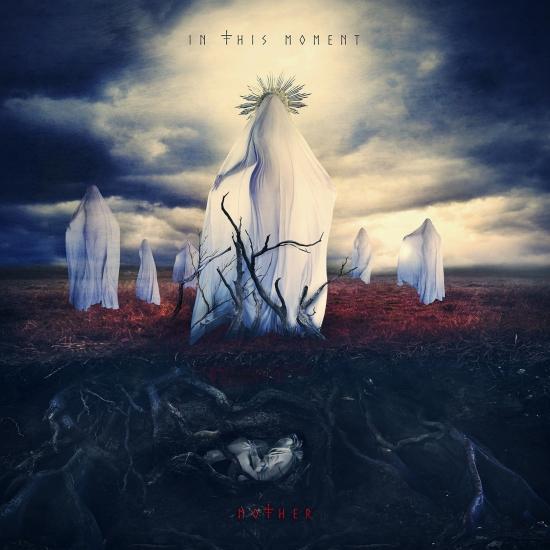 Seventh studio album by the metalcore band, and the follow-up to 2017's 'Ritual'. The album features a host of special guests including Ded's Joe Cotella, The Pretty Reckless's Taylor Momsen and Halestorm's Lzzy Hale.
"In This Moment" are known to spend most of their time on the road, bringing their epic and extraordinary live shows to their legion of dedicated fans. In This Moment shows are essentially like cinematic carnivals — full of stunning visuals that are guaranteed to transport attendees to another world. They will embark on a headline tour ahead of “Mother”‘s release with support from Black Veil Brides, DED, and Raven Black.
Maria Brink, vocals
Chris Howorth, lead guitar
Travis Johnson, bass
Randy Weitzel, guitar
Kent Diimmel, drums 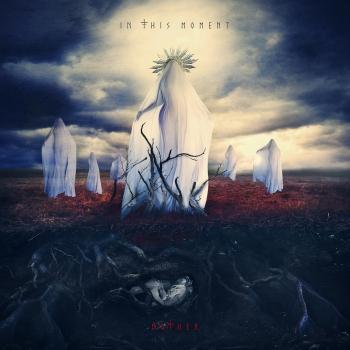 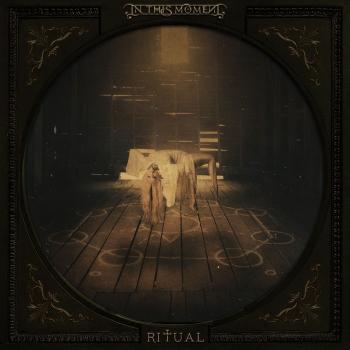 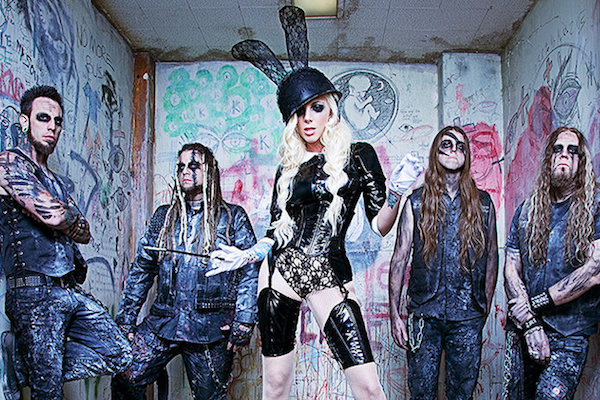 In This Moment
is an American metalcore band from Los Angeles, California formed in 2005. They have released two albums to date, both on Century Media Records. The band's sound is recognizable mainly for female vocalist Maria Brink's use of a combination of screaming and clean vocals.
Maria Brink
As a young child, Maria was abused by her father. He soon after completely abandoned her and her mother. The In This Moment song, “Daddy’s Falling Angel” was a direct reference to this particular time in her life. Maria gave birth to her son Davion at the tender age of 15. Soon after she had her son, she moved out on her own and got her own apartment. She worked at a local laundromat to help pay the rent.
In addition to being a musician, Maria is also a very accomplished painter. She often does custom paintings for her Wonderland site.
Maria is a self-proclaimed vegetarian and is active with the PETA campaign. At one point in her life, Maria’s mother was a drug addict. Maria eventually helped her mother to get checked into rehab and she is now clean.
The first band Maria was ever in, was when she was 18. It was an Albany-based band called Pulse. They opened local shows for bands such as Coal Chamber and Sevendust, but they eventually broke up.
Soon after her first band’s break-up, she was convinced she would be more successful in LA. So she packed up her things into a U-Haul van, and she drove cross-country so she could follow her dreams. It wasn’t until almost six weeks later that she flew her son out to LA.
Maria loved theater as a young girl, and has since decided to bring that element into their current live shows.
When Maria and Chris first met, he wouldn’t audition her because she was a woman. But upon hearing her sing, he immediately apologized for stereotyping her.
Maria, Chris, and Jeff formed a band called Dying Star soon after her audition, but after only two gigs, they put the kabash on that. The song “Drifting”, which is now considered an In This Moment demo, was actually recorded under the Dying Star band name.
Maria wrote the song “Legacy of Odio” as a tribute to the death of her best friend.
Maria’s on-stage persona is merely a persona. She often refers to it as her “alter ego”. In real life, she’s a self-proclaimed “flower child”. For the In This Moment song 11:11, Maria took a completely organic approach. To achieve the layered vocal effect, she overlayed 50 tracks of vocals on top of one another. To achieve the sound of the heart beat, she beat the microphone against her chest.
Maria’s favorite band in the entire world is the Deftones, and Chino Moreno is her favorite vocalist.
During her teen years, Maria was severely depressed, even bordering on suicidal. The birth of her son caused her to snap out of her funk. In high school, Maria was part of a group of people labelled as the “burn outs”, meaning that people weren’t sure if they were going to graduate or not.
Maria has her very own personal assistant named Avisia. Maria often refers to the both of them as sisters. Avisia has appeared in both the Blood and Adrenalize music videos. During Rock On The Range in 2012, Maria brought her up on stage so that her boyfriend Dan could propose to her in front of the entire crowd. It was also Avisia’s birthday that day. Avisia also helps to run Maria’s fan club, Maria Brink’s Wonderland.