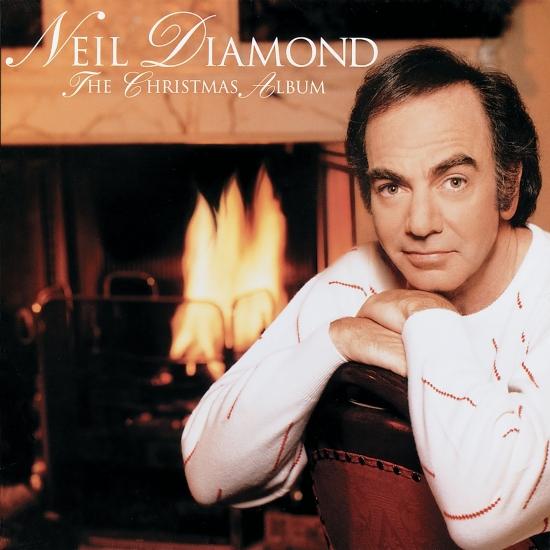 The Christmas Album is the twentieth studio album by Neil Diamond and his first to feature Christmas music. It features orchestral and choir arrangements by David Campbell. The album reached No. 8 on the Billboard 200 album sales chart, No. 50 on the UK album sales chart, and No. 30 on Australian music chart.
"This is a fun and joyful album of music, (as are all of these featured Christmas albums) from a man who has been able to enter into the spirit of the season, whatever you believe, the sentiments are of goodwill and hope, and enjoying this music will enhance them. This particular album is more a gift from a singer-songwriter positively approaching his sunset, who appreciates life, and wishes to take us with him." (neildiamondcentral.com)
"While Neil Diamond's The Christmas Album is designed almost exclusively for his adult contemporary constituency, the vocalist still manages to light up most of the obviousness of these standards with his trademark gritty soul and flair for inflection. Opening with the grandeur of "O Come, O Come Emmanuel/We Three Kings of Orient Are" and "Silent Night," the album is awash in rich reds and golds almost immediately. But Diamond has fun with "Santa Claus Is Comin' to Town," loosening up with a harmonica solo and a busy, up-tempo arrangement, and "Jingle Bell Rock" does just that with a 1950s doo wop vibe. These moves count as big risks on an album that otherwise tries on every possible Christmas album cliché: children's choirs and histrionic adult ones, crashing cymbals, and tasteful piano that's as warm as a fireplace in December. Thankfully, even when the choirs threaten to outdo him, Diamond keeps the focus on his famous singing voice. A stirring a capella version of "God Rest Ye Merry Gentlemen" is a good example of this, and one of The Christmas Album's standouts." (Johnny Loftus, AMG)
Neil Diamond
Digitally remastered