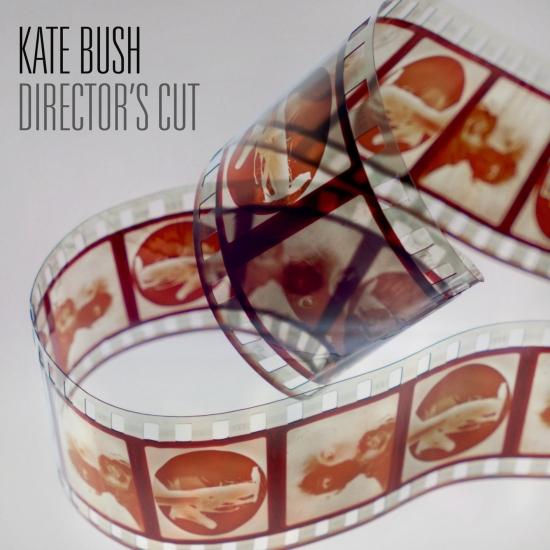 Director's Cut is the ninth studio album by English singer and songwriter Kate Bush that she released in May 2011. On Directors Cut Kate revisits a selection of tracks from her albums The Sensual World and The Red Shoes.
Kate has re-recorded some elements whilst keeping the best musical performances of each song - making it something of a director's cut but in sound, not vision.
All the lead vocals and drums on DIRECTORS CUT are new performances, some of the tracks featuring guests including Steve Gadd, Danny Thompson and, on backing vocals, Mica Paris. Three songs have been completely re-recorded, one of which is "This Womans Work."
"During her early career, Kate Bush released albums regularly despite her reputation as a perfectionist in the studio. Her first five were released within seven years. After The Hounds of Love in 1985, however, the breaks between got longer: The Sensual World appeared in 1989 and The Red Shoes in 1993. Then, nothing before Aerial, a double album issued in 2005. It's taken six more years to get The Director's Cut, an album whose material isn't new, though its presentation is. Four of this set's 11 tracks first appeared on The Sensual World, while the other seven come from The Red Shoes. Bush's reasons for re-recording these songs is a mystery. She does have her own world-class recording studio, and given the sounds here, she's kept up with technology. Some of these songs are merely tweaked, and pleasantly so, while others are radically altered. The two most glaring examples are "Flower of the Mountain" (previously known as "The Sensual World") and "This Woman's Work." The former intended to use Molly Bloom's soliloquy from James Joyce's novel Ulysses as its lyric; Bush was refused permission by his estate. That decision was eventually reversed; hence she re-recorded the originally intended lyrics. And while the arrangement is similar, there are added layers of synth and percussion. Her voice is absent the wails and hiccupy gasps of her youthful incarnation. These have been replaced by somewhat huskier, even more luxuriant and elegant tones. On the latter song, the arrangement of a full band and Michael Nyman's strings are replaced by a sparse, reverbed electric piano which pans between speakers. This skeletal arrangement frames Bush's more prominent vocal which has grown into these lyrics and inhabits them in full: their regrets, disappointments, and heartbreaks with real acceptance. She lets that voice rip on "Lilly," supported by a tougher, punchier bassline, skittering guitar efx, and a hypnotic drum loop. Bush's son Bertie makes an appearance as the voice of the computer (with Auto-Tune) on "Deeper Understanding." On "RubberBand Girl," Bush pays homage to the Rolling Stones' opening riff from "Street Fighting Man" in all its garagey glory (which one suspects was always there and has now been uncovered). The experience of The Director's Cut, encountering all this familiar material in its new dressing, is more than occasionally unsettling, but simultaneously, it is deeply engaging and satisfying." (Thom Jurek, AMG)
Kate Bush, vocals, keyboards, backing vocals, piano
Paddy Bush, mandola, flute, whistle, backing vocals
Steve Gadd, drums
John Giblin, bass
Eberhard Weber, bass
Danny Thompson, bass
Danny McIntosh, guitar
Eric Clapton, guitar
Gary Brooker, Hammond organ
Albert McIntosh, programming, backing vocals
Brendan Power, harmonica
Ed Rowntree, backing vocals
Mica Paris, backing vocals
Jacob Thorn, backing vocals
Michael Wood, backing vocals
Jevan Johnson Booth, backing vocals
Produced by Kate Bush
Digitally remastered