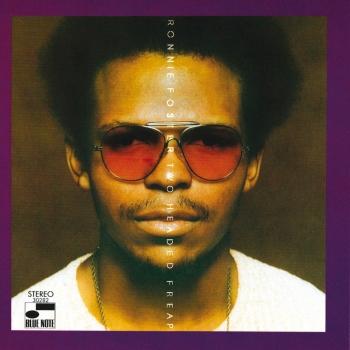 Ronnie Foster
Since his initial solo style favored funky vamps instead of risky improvisation, organist Ronnie Foster was frequently dismissed by jazz purists during the peak of his career in the first half of the '70s. However, he was a talented mainstream funk and soul-jazz keyboardist who managed to cultivate a successful career as a sideman (working frequently with George Benson, in particular) and producer during the late '70s, '80s, and '90s. Furthermore, his '70s records for Blue Note became cult items among a new generation of listeners raised on acid jazz. Even if he rarely led a session after 1979, Foster wound up playing some sort of a role in mainstream and funk-jazz during the '80s and '90s.
A native of Buffalo, New York, Foster learned to play piano as a child, being taught in the traditional classical style. However, jazz intrigued him more, and when he was a teenager he began to pursue that direction. Eventually, he attended a jam session where there was an organ in addition to a piano. After playing the organ, he decided to concentrate on the instrument. He listened to Jimmy Smith, gradually making his way to more adventurous players like Larry Young. A local Buffalo organist, Joe Madison, gave him advice, and Foster practiced regularly at a studio where he would rent a room with an organ for 60 cents an hour.
Eventually, Foster began playing local and New York clubs. He slowly built a following, playing with such musicians as Stanley Turrentine, Grant Green, and George Benson. By the early '70s, he had formed a group called Energy II. Grant Green had Foster play on his Alive album, and the organist's performance impressed the label's Dr. George Butler, who offered Foster a contract.
Ronnie Foster recorded The Two Headed Freap, his first album for Blue Note, in January of 1972. A funky set of soul-jazz, the album didn't receive much attention or critical praise, and neither did its follow-up, Sweet Revival, which was recorded in December of that year. He cut Live at Montreux in July of 1973, which was followed in 1974 by On the Avenue, and by Cheshire Cat in 1975 -- his final album for Blue Note. He then moved to Columbia, where he released Love Satellite in 1978 and Delight in 1979.
A session for Pro Jazz, entitled The Racer, followed a few years later, but Foster effectively retired from leading groups in the early '80s in order to concentrate on session work. During the '70s, he had played on numerous George Benson records, as well as records by Stevie Wonder, Roberta Flack, Earl Klugh, Jimmy Ponder, Stanley Clarke, and Lalo Schifrin. Throughout the '80s, Foster continued to play on a wide variety of sessions and eventually moved into production. Among the musicians he worked with in the '80s were Jimmy Smith, Klugh, Flack, Harvey Mason, Stanley Turrentine, David Sanborn, Djavan, and Grover Washington Jr. Foster continued the same path in the '90s, playing with many of the same musicians, as well as Lee Ritenour, Roland Vazquez, and the Temptations, among others. His own records were rediscovered by a new generation of listeners in the '90s as well, with several of his records used as source material for sample-heavy acid jazz and hip-hop records. (Stephen Thomas Erlewine)