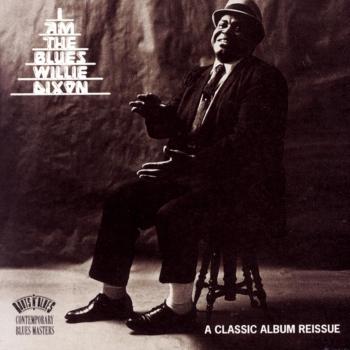 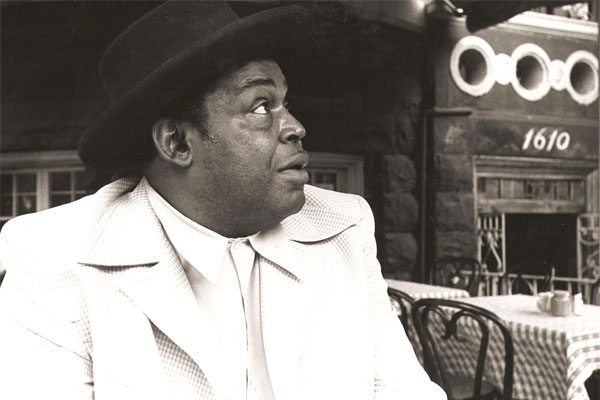 Willie Dixon
Can you imagine what music would be like without such hits as Hoochie Coochie Man, Little Red Rooster, Spoonful, I Ain't Superstitious, I Can't Quit You Baby or My Babe? Neither could many people. Thankfully, we don't have to. Little did the world know that in 1915, the person who made all of this possible would be born.
Willie Dixon has been called “the poet laureate of the blues” and “the father of modern Chicago Blues.” He was indisputably the pre-eminent blues songwriter of his era, credited with writing more than 500 songs by the end of his life. Moreover, Dixon is a towering figure in the history and creation of Chicago Blues on other fronts. While on staff at Chess Records, Dixon produced, arranged, and played bass on sessions for Chuck Berry, Muddy Waters, Howlin’ Wolf, Litter Walter, Sonny Boy Williamson II, and others. In no small way, he served as a crucial link between the blues and rock ‘n roll.
Born in 1915 in Vicksburg, MS, Dixon began rhyming, singing and writing songs in his youth. He was exposed to a varity of music – gospel, blues, country & western – which served as the seeds for the symbiotic music he would later make in Chicago. Moving to the city in 1936, he had a bried career as a boxer and then skirmished with the U.S. Army, refusing induction on the grounds he was a conscientious objector. His early forays on the Chicago music scene included stints with The Five Breezes, The Four Jumps of Jive and The Big Three Trio, all of which made records. The Big Three Trio, in particular, are noteworthy for having brought harmony singing to the blues. Dixon really found his niche at Chess, where he was allowed to develop as a recording artist, session musician, in-house songwriter and staff musician beginning in 1951.
Some of the now classic songs he wrote for other during his lengthy tenure at Chess include “Hoochie Coochie Man”, “I’m Ready” and “I Just Want to Make Love to You” (Muddy Waters); “Back Door Man”, “Spoonful” and “I Ain’t Superstitious” (Howlin’ Wolf); “My Babe” (Little Walter); and “Wang Dang Doodle” (Koko Taylor). Though he didn’t write for Chuck Berry, Dixon played bass on most of his early records. For a few years in the late 50’s, he also wrote for and worked with artists on the crosstown Cobra label, including such fledgling bluesmen as Otis Rush, Buddy Guy and Magic Sam.
Dixon returned to Chess in 1959, and the 60’s saw the full flowering of his talents there. In addition to writing and producing some of his greatest works during that decade, he recorded a series of albums in a duet format with Memphis Slim on the Folkways, Verve and Battles labels. His first album as a solo artist, Willie’s Blues, appeared on the Bluesville label in 1960. In his capacity as a staff producer at Chess, he wouldn’t get around to releasing a follow-up album under his own name until I Am the Blues appeared on Columbia Records in 1970. Albums followed from him at more regular intervals in subsequent years, culminating in the 1988 release of Hidden Charms, which won Dixon a Grammy for Best Traditional Blues Recording.
In his later years, Willie Dixon became a tireless ambassador of the blues and a vocal advocate for its practitioners, founding the Blues Heaven Foundation. The organization works to preserve the blues’ legacy and to secure copyrights and royalties for blues musicians who were exploited in the past. Speaking with the simple eloquence that was a hallmark of his songs, Dixon put it like this: “The blues are the roots and the other musics are the fruits. It’s better keeping the roots alive, because it means better fruits from now on. The blues are the roots of all American music. As long as American music survives, so will the blues.”
Willie Dixon published his autobiography, I Am the Blues, in 1989 – a year after Chess Records released Willie Dixon: The Chess Box, a two-disc set that included Dixon’s greatest songs as performed by the artists who made them famous – Muddy Waters, Howlin’ Wolf, Little Walter, Bo Diddley, Lowell Fulson and Dixon, himself.