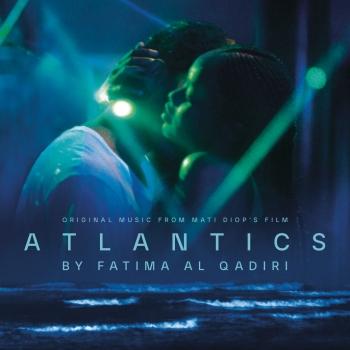 Fatima Al Qadiri
is a Senegal-born, Kuwait-raised composer and conceptual artist, currently based in Berlin, Germany. She is interested in exploring the experience of war, memory, Western perceptions of other cultures, and sociocultural identity through her work.
Fatima has performed and exhibited at the Tate Modern (part of K48 Kontinuum), UK; MoMA PS1, New York; the 4th Gwangju Design Biennale, South Korea; Art Dubai and The Third Line, Dubai, UAE. Fatima is a contributing editor at DIS Magazine and contributor to Bidoun. She has produced music as a solo act under her name and as Ayshay.
Fatima is also part of the GCC collective. Consisting of a “delegation” of nine artists, the GCC makes reference to the English abbreviation of the Gulf Cooperation Council, an economic and political consortium of Arabian Gulf nations. Founded in the VIP lounge of Art Dubai in 2013, the GCC makes use of ministerial language and celebratory rituals associated with the Gulf to create videos, photographs, sculptures, and installations that examine the region’s rapid transformation in recent decades.