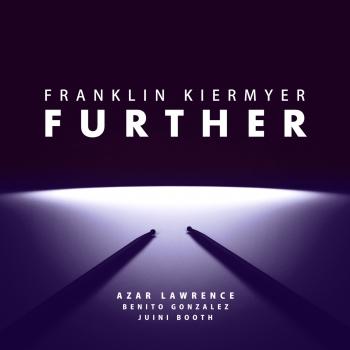 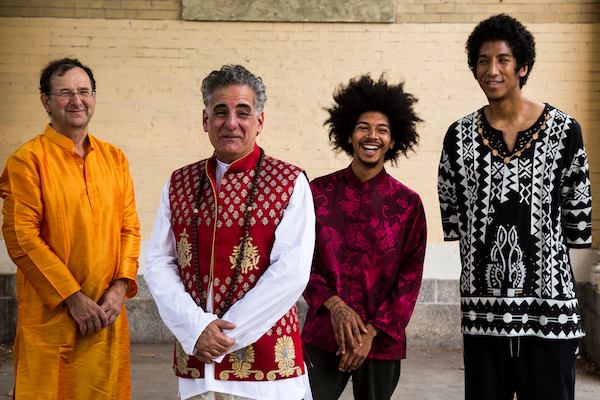 Franklin Kiermyer
“I’ve always been mostly interested in how music feels. I looked for the music that moved me the most and tried to understand how it worked. It never mattered where the music came from or who made it. My goal was always to feel both free and grounded at the same time. You have to find your own way to get that feeling when you play. Learning a musical language was a help to get that happening, but never an end in itself. It took me a long time to get to what I considered the bottom-line.” FK
Born in Montreal in 1956, Kiermyer’s family helped form the foundation for his interest in music.
“My grandfather gave me my first drum when I was 8. He was a great Charleston, Foxtrot and Jitterbug dancer. My mother learned from him and she also became really good. The Saturday morning services in our local Synagogue are some of my earliest memories of the power of music. I always felt very warm in that environment. The singing would get very intense and passionate. There was a drone underlying the chanting that would really move me. Even though I was too young to understand much, I knew there was something special happening.
My father loved New Orleans and Swing music, especially Big Bands. I spent a lot of time listening to his records, from Fats Waller and Kid Ory to Count Basie and Duke Ellington. I loved that music. Sid Catlett. Baby Dodds, Minor Hall and Gene Krupa really impressed me. All of these drummers had a big beat. It felt loose, spontaneous and sure at the same time and I really responded to that. I’ve always gone for that feeling of power and release in my own playing.”
Mostly self-taught, Franklin did have sporadic classical percussion lessons from age twelve until age sixteen, although he never took lessons on the drumset.
“I began studying snare drum with Paul Duplessis, a great percussionist and composer of contemporary chamber music. We focused on drawing the sound out of the instrument and always staying loose. Later on, playing tympani introduced me to the sensation of drum tuning and tone quality. I learned how to let the notes ring out and overlap. I tried to play my drum set with that kind of resonance. I’ve always heard the drums and cymbals as one instrument vibrating together, rather than a set of different instruments.”
His professional career started at supper clubs and private parties with his high school music teacher, Tony Kershaw, a British saxophone player with a great affinity for Stan Getz. The Hungaria social club, a frequent venue, presented great Romani trios that alternated with the standards and jazz tunes Kershaw’s trio played. Franklin was struck by the similarities between the Roma’s music and the sounds of his own roots.
“I felt the same thing in a lot of the Bela Bartok music I was listening to. He cut to the roots of the folk music around him. The Roma players at the Hungaria had a spirit and urgency to their playing that felt familiar to me. It felt like a ritual and a celebration at the same time, like the music in synagogue.”
By his mid-teens, Franklin’s spiritual yearnings found more focus.
“I never really gave up on those questions about life I had as a boy. I thought that all the world’s spiritual traditions had freedom and peace as their goal, but I knew that this couldn’t be reached through philosophical studies – that it would have to be experienced somehow.”