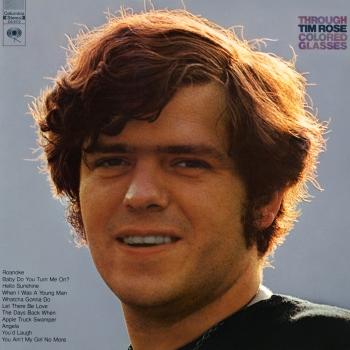 Tim Rose
A nearly forgotten singer/songwriter of the '60s, Tim Rose's early work bore a strong resemblance to another Tim working in Greenwich Village around 1966-1967 -- Tim Hardin. Rose also favored a throaty blues folk-rock style with pop production flourishes, though he looked to outside material more, wasn't quite in Hardin's league as a singer or songwriter, and had a much harsher, even gravelly vocal tone. Before beginning a solo career, Rose had sung with Cass Elliott in the folk trio the Big Three a few years before she joined the Mamas and the Papas. Signed by Columbia in 1966, his 1967 debut album (which actually included a few previously released singles) is considered by far his most significant work. Two of the tracks were particularly noteworthy: his slow arrangement of "Hey Joe" inspired Jimi Hendrix's version and "Morning Dew," Rose's best original composition, became something of a standard, covered by the Jeff Beck Group, the Grateful Dead, Clannad, and others. Years later, though, it was debated as to whether Rose wrote the song, or whether folksinger Bonnie Dobson penned the original version. Some non-LP singles he recorded around this time have unfortunately never been reissued, and although he made several other albums up through the mid-'70s, none matched the acclaim of the first one. An influence on Nick Cave and others, Rose died on September 24, 2002. A posthumous album called Snowed In, which contains material Rose was working on in the last year of his life, was released in 2003 by Cherry Red Records. (Richie Unterberger, AMG)