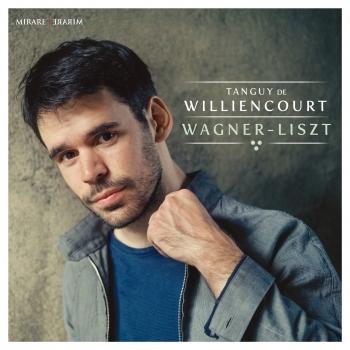 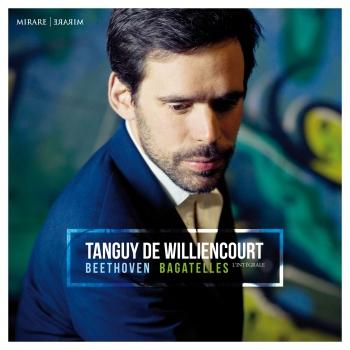 Tanguy de Williencourt
Embodying music with his whole being, sculpting sound with strength and delicacy, Tanguy de Williencourt’s playing surrounds us in a powerful presence. His generous personality and profound thinking about the score, in the nature of a conductor, give his interpretations architecture, colour and innate theatricality.
Holder of four master’s degrees from the Paris Conservatoire (2015), in the classes of Roger Muraro, Claire Désert and Jean-Frédéric Neuburger, he was also distinguished by the Blüthner and Banque Populaire foundations. Moreover, he has been particularly marked by the advice received from Maria João Pires, Christoph Eschenbach and Paul Badura-Skoda. In 2016, he was awarded the double Jury and Audience prizes by the Geneva Société des Arts, named ‘Classical Revelation’ by ADAMI, and was a winner of the SPEDIDAM Generation 2017- 19.
A complete musician, Tanguy de Williencourt has already attracted considerable notice as a soloist and is a sought-after partner in chamber music. He has been invited to perform in such prestigious venues as the philharmonic halls of Saint Petersburg, Berlin and Paris, as well as festivals including ‘Chopin à Nohant’, ‘La Folle Journée’ in Nantes and La Roque d’Anthéron.