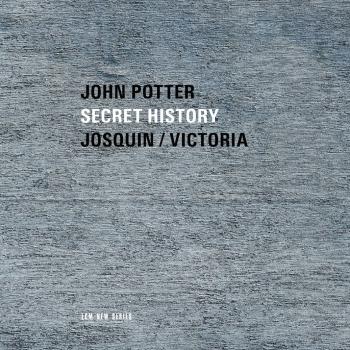 John Potter
Potter's multifarious musical collaborators include lutenists Ariel Abramovich and Jacob Heringman, the Dowland Project with John Surman and Milos Valent, the composer Ambrose Field and the Conductus Ensemble with fellow tenors Christopher O'Gorman and Rogers Covey-Crump. A writer and scholar as well as a singer, he has published four books on singing and is a former British Library Edison Fellow. He is Reader Emeritus in Music at the University of York, having left the university in 2010 to focus on his portfolio of freelance projects. His non-performing activities have included publishing articles and research papers, examining doctoral theses in Europe and the UK and coaching ensembles in Europe and the USA.
John's eclectic performing experience has ranged from first performances of works by Berio, Stockhausen, James Dillon, Arvo Pärt, Gavin Bryars and Michael Finnissy to backing vocals for Manfred Mann, Mike Oldfield and The Who (among others). Red Byrd, the group he founded with bass Richard Wistreich, recorded music as diverse as Monteverdi (both straight and with electric guitars), Leonin (3 albums for Hyperion) and John Paul Jones (for Factory Records). He was a major contributor to the Hilliard Ensemble's Officium project (for which he has five gold discs), and subsequently developed many of the ideas in The Dowland Project's four albums for ECM. He also produced the first three ECM albums by the Scandinavian Trio Mediaeval.
Current projects include an ensemble with Anna Maria Friman, Ariel Abramovich and Jacob Heringman devoted to new music for voices & lutes by Sting, Genesis keyboardist Tony Banks, Led Zeppelin bassist John Paul Jones, and early twentieth composers (as featured on the ECM album Amores Pasados). The Conductus ensemble has released three CDs on Hyperion and is exploring new 14 th century repertoires, and John’s solo song programmes with one and two lutes focus on the 2017 centenaries of Thomas Campion and Peter Pope in addition to his explorations of the further shores of the lute song repertoire.