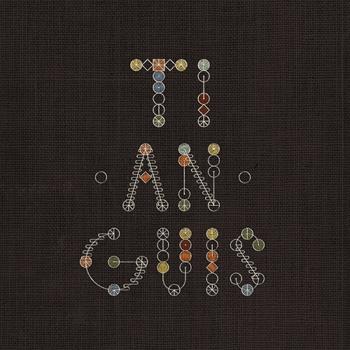 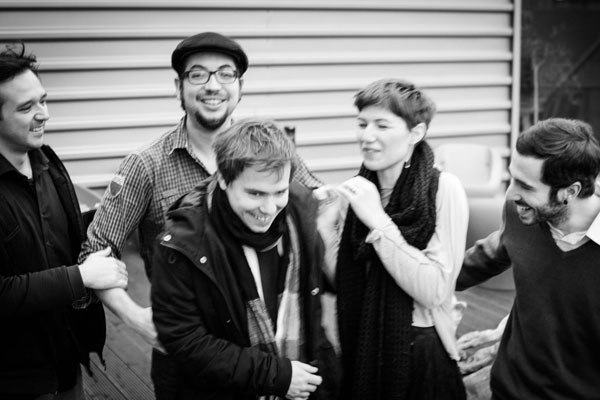 Pepe Garcia
(1980) is a versatile Mexican percussionist living in The Netherlands. He completed a bachelor’s and master’s degree at the Royal Conservatory The Hague (The Netherlands) with top honors and the special distinction for his “contribution to the development of percussion repertoire”. He is a member of the Ear Massage per- cussion group, which received the second prize at the International Gaudeamus Interpreters Competition in 2009 and the third prize at the International Percussion Quartet Competition in Luxembourg, 2005. They were also the first guest ensemble performing with the Hong Kong Chinese Orchestra. Currently he is a member of the Percussion Group The Hague, a group that has acquired a leading position, both nationally as well as internationally. They have performed in virtually all European countries, the United States, the Middle East, Japan, Taiwan, Hong Kong and Korea.
Pepe started working with children in 2000, developing new ways of approaching music as of an early age. In Mexico he started a new music development program in coordination with the government in order to bring young children in contact with music, taking traditional elements as a starting point. One of the major interests in his career has been the collaboration with composers and artists in general. He enjoys developing alternative methods to approach new music by using unconventional methods of musical notation, designing new instruments, fusing with technical resources from non-Western cultures and extending the possibilities of traditional percussion instruments through electronic processes.
Francisco Medina
(1982) is a guitar player from Lisbon. He graduated in Jazz guitar performance from the Royal Conservatory The Hague where he had the opportunity to study with some of the best Dutch Jazz musicians in 2008. Although his studies were mainly focused on Jazz, his musical interests are much wider and over the last years he has been performing in different groups, playing different styles like Brazilian music, Fado, Pop, Funk, modern and traditional Jazz.
He has performed all over The Netherlands including important venues like The North Sea Jazz Festival and The Hague Jazz, he also performed in several cities in Belgium, Portugal, Croatia, Luxem- bourg and Paris. He is a member of Los Paja Brava, an international group based in Rotterdam performing explosive Latin music. Francisco also has a big interest in composing his own music, which he plays with his own group, the Francisco Medina Quintet. Apart from his music performances he has also been devoting a good part of his time to music education.
Noa Stroeter
(1987) is a bass player from Brazil. He started studying music in 1999 with his father, renowned bass player Rodolfo Stroeter. He performed as a bass player, singer and dancer in the musical “Baile Estelar” – directed by “José Possi Neto” in 2005. The show is a journey through all Brazilian rhythms such as: samba, frevo, samba de breque, bossa-nova, samba-canção, forró, maxixe, xote and baião.
As a musician of the HB Jazz Combo Band, Noa performed with the Cuban singer Liena Centeno and recorded a CD and DVD of the show ”Syguaraia - Esa mata tiene poder” - directed by Guga Stroeter – 2007 – Sambatá Records. Through this group, Noa had the opportunity to perform around Brasil and in Japan.
Noa has played with several important Brazilian musicians such as solo singer Clara Moreno, drum player Tutty Moreno, solo singer Joyce and composer Celso Fonseca, Nelson Ayres, Marcelo Miranda, Mario Bortolotto, Clara Mendes, Bruna Caran and others.
Noa continued his musical education in The Netherlands at the Royal Conservatory The Hague in 2009. He took lessons from Hein van de Geyn and Frans van der Hoeven and received his bachelor’s degree in 2012. Currently Noa is enrolled in the Master’s programme in The Hague and is working with: NBE, Fulvia di Domenico, QBOA group, Furmi Gomes, Nadia Basurto, and others.
Carlos Henrique Jacques Anderson
is a guitar player who started his musical education at the the Centro de Investigación y Estudios de la Musica (CIEM) in Mexico City, his hometown, where he studied Classical Composition, Electric Guitar, Pedagogy and Music Theory. He obtained the 8th Degree in Classical Guitar and Music Theory in association with the Royal School of Music (GB). He also received the Musical Theory, Criticism and Literature Degree (AMusTLC) from the International Examination Board of the Trinity College of Music.
He worked as a teacher for the CIEM and for the Escuela de Musica del Estado de Hidalgo. He is currently studying Jazz Arrangement & Composition at the Rotterdam Conservatorium under the auspices of Paul Van Brugge.
Carlos also participated in several ensembles playing different genres of music including Blues, Brazilian Music, Classical Music, Funk, Mexican Folklore, Son Cubano and Jazz. He performed in venues like EL Lunario and Zocalo in Mexico, Fine Arts Center Luis A. Ferrer in Puerto Rico among others. He is a member of Los Paja Brava, an international group based in Rotterdam performing explosive Latin music. His work as an arranger and composer is currently being performed in Mexico and The Netherlands.
Lovorka Holjevac
(1980) is a Croatian vocalist living in The Nether- lands. As a child she studied classical guitar and music theory. She obtained a diploma for Zagreb’s Primary Music School after a six years program. She started taking singing lessons at a private music school in 1994.
After obtaining her diploma she decided to continue her music stud- ies at Universitaet fuer Musik und darstellende Kunst Graz (Austria) with Jazz singing as main subject. Her teachers included Mark Murphy, Jay Clayton and Fritz Pauer. After spending a few years at Graz University she moved to The Netherlands to finish her studies at the Royal Conservatory The Hague. As a student she worked with Annette von Eichel, Yvonne Smeets, Sanna van Vliet, Manon Heijne and Heijn van de Geyn. She attended workshops from Deborah Brown as well as Jocelyn B. Smith.
She was selected as one of the semifinalists of the Dutch Jazz Vo- calists concours in 2009. She received her bachelor’s degree in June 2010 after which she was accepted and enrolled into the Master’s program of the Royal Conservatory.