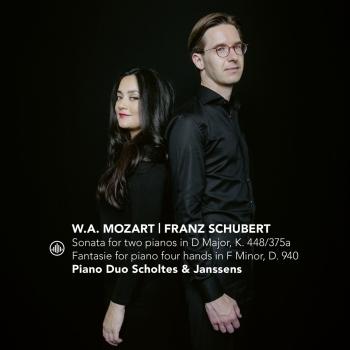 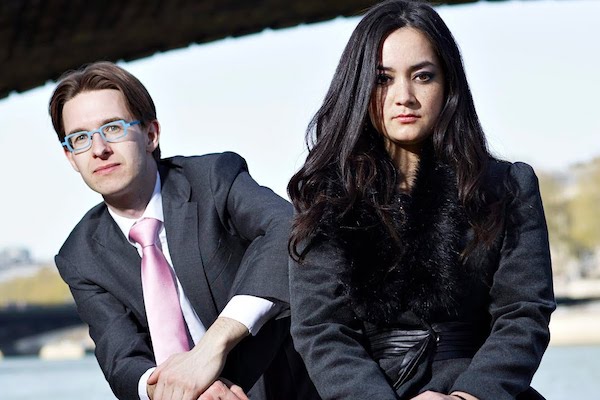 Piano Duo Scholtes & Janssens
"If you listen to these two young people play music, you think that everything in the world will be all right" - Menachem Pressler, Beaux Arts Trio.
“They were absolutely fantastic! I was so impressed, what a phenomenal duo, bravo.” – Jean-Yves Thibaudet.
Lestari Scholtes (1984) and Gwylim Janssens (1985) formed their piano duo in 2003. They are acclaimed as one of the most valued piano duos of their generation, and leading piano duo from the Netherlands. Their 2009 Carnegie Hall debut was praised as ‘it could well have been 25 or 30 fingers, so big and well integrated was the sound. Terrific duo in top form'. In May 2012 Lestari & Gwylim returned to Carnegie Hall receiving great critics by audience and press. The American press about their performance of Stravinsky’s Petrushka: “Superb teamwork – two as one – with excellent, turn-on-a-dime transitions between episodes”.
Scholtes & Janssens performed extensively in over 30 countries, among which in many European countries, the USA, Netherlands Antilles, Dubai, Zimbabwe, Ethiopia, Chile, Bolivia, Mongolia, Thailand, Vietnam, Cambodia, Singapore, Brunei, Myanmar, Malaysia, Indonesia, South Korea, China and Japan. Their performances have been broadcast by radio and television in multiple countries, among others Dutch Radio4, BBC3, Belgian Klara Radio and Israeli Kol Hamusica. Festivals include e.g. the Festival of Bath, TonLagen-Dresdner Festival der zeitgenössischen Musik, Grachtenfestival Amsterdam, Braunlage Maikonzerte, Basilica Festival of Flanders, Klevische Klaviersommer, Almere Chamber Music Festival, Festival Classique The Hague, Tengiz Amirejibi International Music Festival and the International Piano Duo Festival Poland. The duo performed with many orchestras, including the Rotterdam Philharmonic, the Residence Orchestra, Brabants Orchestra, Israel Symphony Orchestra, Sinfonia Rotterdam and re:orchestra.
The duo won national and international competitions for piano duo and chamber music, among others the prestigious Vriendenkrans Competition of the Concertgebouw Amsterdam, IBLA Grand Prize, Concours Musical de France, the International Chamber Music Competition Almere, etc. and was acclaimed Talent of the Year 2010 by Dutch national Radio4. Lestari and Gwylim are jury members at several (inter)national competition. They gave master classes at conservatoires and music academies all over the world.
In 2013, the duo founded the Pianoduo Festival Amsterdam, one of the leading festivals in the world solely dedicated to the genre of piano duo. The festival, still run artistically and produced by the duo, takes place in the historic city center of Amsterdam. Since 2016, the duo hosts a second festival, the annual Kamermuziek Festival Schoorl (Schoorl Chamber Music Festival) in the north-west of The Netherlands.
As a duo they studied with the piano duo Sivan Silver & Gil Garburg at the Hochschule für Musik, Theater und Medien in Hanover, Germany. As a soloist, Lestari studied with Jan Wijn at the Conservatory of Amsterdam. Gwylim studied at the Codarts Conservatory in Rotterdam with Bart van de Roer. The duo met in the Young Talent Department of the Fontys Conservatory in Tilburg where they both studied under tutorage of Ton Demmers. Together they have taken many master classes with e.g. Nikolai Petrov, Alexander Tamir, Jean-Yves Thibaudet, Victor Derevianko, Alon Goldstein, Peter Takács, Paul Lewis and Menahem Pressler. In November 2010 they released their debut CD with works by Rachmaninoff, Debussy and Ravel, under the label of QuattroLive. In May 2014 their second cd ‘Paris!’ was released at Etcetera Records, receiving great critics by press and audience. Their third cd is planned for release in the beginning 2021 with Challenge Records International.